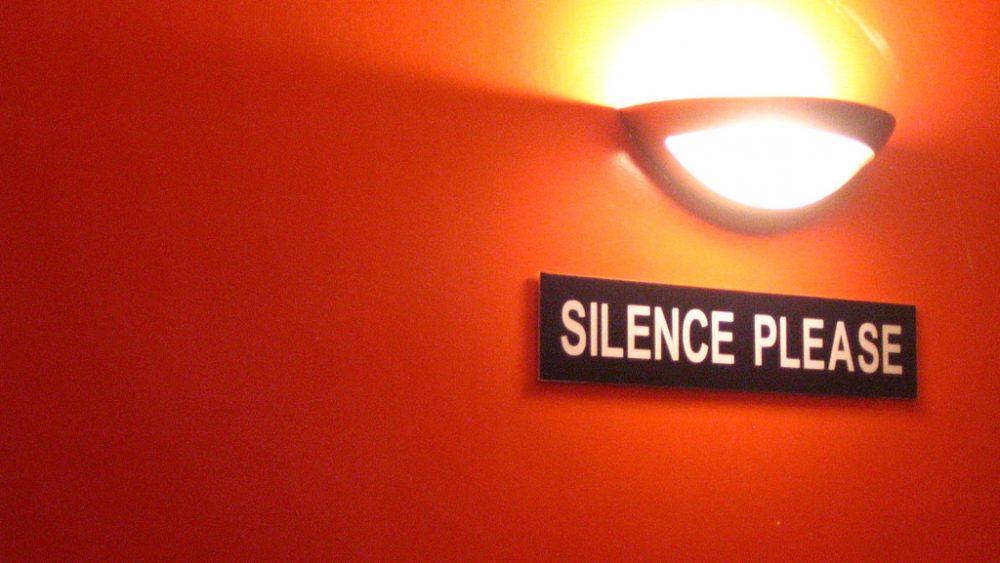 The battle for free speech

Barney Zwartz on the trend of silencing your opposition

Journalist Greg Sheridan’s new book, God is Good for You, contains a disturbing anecdote about the direction free speech is taking in the West. Oxford University’s Balliol College barred Christian students from the Orientation Day activities last year, not for anything they had done but because their presence might make new students “uncomfortable” and remind them of neo-colonialism. (The ban was eventually overturned.)

“I don’t feel safe/comfortable” has become a tool to silence opponents when reason fails.

This may mark a new low in the sort of absurd intolerance and censorship that seems to be rising on university campuses, but what interests me is the relatively new concept that students should not be exposed to any ideas that make them uncomfortable or, in the other modern locution, make them feel “unsafe.” (I’m old enough to think that is precisely the purpose of a university education: to expose you to new and possibly confronting ideas and teach you to evaluate them.)

Australian novelist Richard Flanagan took aim at the Brisbane Writers’ Festival last month for its same failure, after the festival removed invitations to Germaine Greer and Bob Carr to speak. Flanagan wrote in The Guardian that the festival seemed to be “a cryogenic chamber where the sea can stay perennially frozen, prejudices perfectly preserved forever, unchallenged, unquestioned, uninformed and unformed.”

The same festival abandoned US writer Lionel Shriver in 2016 when social media was outraged at reports of her condemnation of identity politics. The festival shamefully disavowed her, Flanagan says, “publicly attacking her for not ‘speaking to her brief’ as if she were a silk hired by the BWF to prosecute an argument.”

“I don’t feel safe/comfortable” has become a tool to silence opponents when reason fails. It is all the more serious a problem because the internet has increasingly become an echo chamber where people seek out comfortable conformity with their own views and avoid vigorous debate.

Examples abound, including a revealing account in The Atlantic of a controversy about Halloween costumes at Yale University three years ago. A staff member sent a polite and respectful email to students seeking to soothe concerns and suggesting that if someone’s costume offended someone else they could discuss it reasonably. The official student response mounted into an astonishing campaign to have the woman sacked, including bullying, harassment and even spitting on staff. 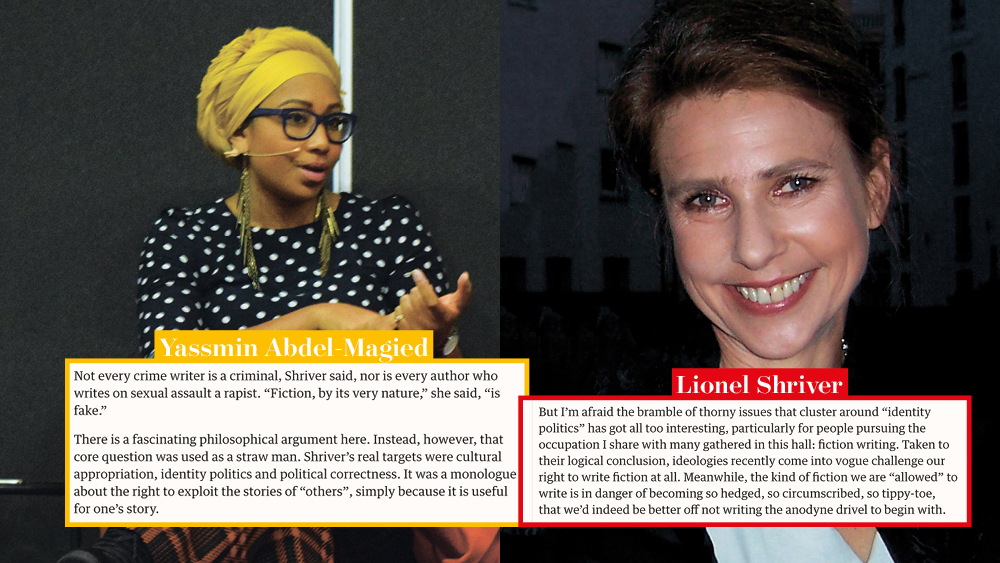 According to the report, several students at her residential college in Yale said they could not bear to live there anymore. The Atlantic reporter wrote: “These are young people who live in safe, heated buildings with two Steinway grand pianos, an indoor basketball court, a courtyard with hammocks and picnic tables, a computer lab, a dance studio, a gym, a movie theatre, a film-editing lab, billiard tables, an art gallery, and four music practice rooms. But they can’t bear this setting that millions of people would risk their lives to inhabit because one woman wrote an email that hurt their feelings?”

The article quoted a student as saying: “I have friends who are not going to class, who are not doing their homework, who are losing sleep, who are skipping meals, and who are having breakdowns.” The writer commented: “One feels for these students. But if an email about Halloween costumes has them skipping class and suffering breakdowns, either they need help from mental-health professionals or they’ve been grievously ill-served by debilitating ideological notions they’ve acquired about what ought to cause them pain.”

The backlash was so intense that blogger Yassmin Abdel-Magied left the country.

Commentators have blamed the Left for this rising contempt for free speech, but the Right are not immune either. The furore about Lionel Shriver, noted above, was started by blogger Yassmin Abdel-Magied who, offended, stalked out of Shriver’s talk a third of the way through and vented her fury on social media. As it took days for Shriver’s nuanced speech to be made public, the battle was long lost.

Right-wing commentators who blasted Abdel-Magied’s intolerance then failed their own test when she later posted on Twitter linking Manus and Nauru detention for refugees with Anzac Day. The backlash was so intense she left the country. Yet by those commentators’ professed standards she had every right to express that opinion, however misjudged they found it.

Christians once had an appalling record on this, but in recent decades we have generally learned that we cannot silence opponents in this way. We have long recognised that we are now merely one voice in the marketplace of ideas and that we have to accept that critics will have their say, be it intelligent or rank bigotry (both are out there). Rancorous responses achieve little, though I have to confess I have succumbed once or twice. Yet even I grasp the fact that listening is vital if I am to understand, and that a calm and reasonable bearing is utterly essential if I am to achieve a hearing myself (after all, even those who disagree with me are created in the image of God!)

Christians must remember this in the coming debate on protecting religious freedoms, when the federal government finally releases the Ruddock report that followed the same-sex marriage plebiscite and proposes legislation.

… We can scarcely be said to be suffering for our faith

To make any progress in this political battle, or indeed the wider advocacy of the gospel, Christians must remember that any difficulties we face are nothing like the persecution of tens of millions of Christians overseas, and that we can scarcely be said to be suffering for our faith.

Perspective is essential. Yet, that said, it is imperative that we engage constructively if we don’t want freedoms that we take for granted to perhaps ebb away.

Barney Zwartz is a Senior Fellow of the Centre for Public Christianity.

Here's how to save the Church: be radical

Here's how to save the Church: be radical

Buying up neo-Nazi beer in protest

Buying up neo-Nazi beer in protest

‘Praying for gay celibacy’ could be banned

‘Praying for gay celibacy’ could be banned