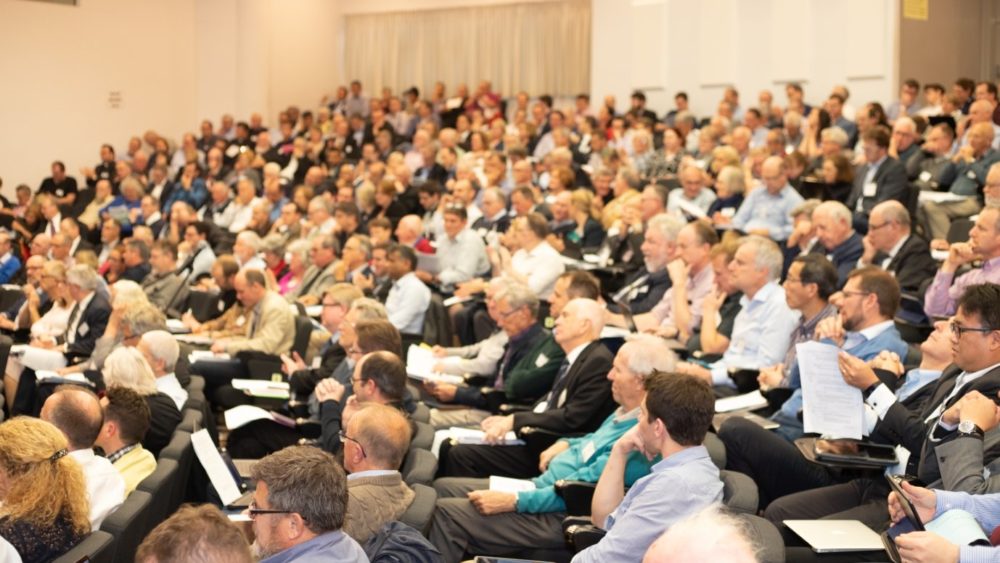 Anglican minister Michael Jensen was born into church politics as a son of the former archbishop of Sydney, Peter Jensen. Michael Jensen is rector at St Mark’s Anglican, Darling Point in Sydney. Following a discussion on Eternity‘s podcast With All Due Respect, Michael gives seven principles of godly church politics:

We cannot have any truck with the holy height from which some direct their sneers at the business of church politics.

Politics is just a reality of the polis;  of the city of God, as much as the city of man. Authority and power are not of themselves tainted but given to be exercised with due judgment.

As in the state, so in the church: human judgments are imperfect. Their imperfectability does not make them any less necessary. Calling the arrangement and distribution of power and authority in the church “politics” allows us to notice the humanity of the process and so to reckon with its fallibility.

The most dangerous and tyrannical regimes in the church arise when the existence of politics is denied and the exercise of power is coated with pious language.

The piety of “comprehensiveness” is often used in this way with worldwide Anglicanism. It gives the appearance of disinterest and balance and conceals the interests that it really serves.

Encouraging active participation in the political workings of the denomination aids in the distribution of power and the involvement of the laity.

There ought to be no embarrassment, then, at the existence of political groupings in the church, such as the Anglican Church League and Anglicans Together. They can and do play their parts in the good operation of the fellowship of churches. They have often done the hard work of convincing people they need to be involved in denominational affairs in order to ensure their proper, open and effective management. Encouraging active participation in the political workings of the denomination aids in the distribution of power and the involvement of the laity.

Even conceding that politics is a necessity within denominational structures, it is imperative that those who engage in such a process act in such a way that the name of Jesus Christ is honoured. How could this be done? I offer seven principles as a beginning:

1. A godly church politics proceeds on the basis that the quality of the means matters more than the delivery of the ends. It refuses to accept the Graham Richardson-style “whatever it takes” mentality of politics in the secular sphere. This is because church politicians ought to recognise the sovereignty of God in practice as well as in theory. The Christian life itself is not about managing outcomes but about conducting oneself in a manner that testifies to the God in whose hand those outcomes lie. The principles for conducting church politics can surely not differ markedly from this.

This principle relates especially to a view of time. Christians understand time itself as being in God’s hands, and so are not concerned when a certain decision takes decades to get right. I have heard people complain: “we’ve been discussing this issue since the 1970s!”. To which I feel like replying: “Is that all?”

The Anglo-American apologist Os Guinness writes: “Means either serve our ends or subvert our… ends. I often hear the little phrase, ‘Whatever it takes …’ The pragmatic comes before the principled and that is always counterproductive. Principled ways of doing things are more effective in the long run. They are not only right. They are wise.”

2. Sanctified Christians are still weak and still sin, and so godly politics ought to pursue mutual accountability as a matter of priority. The trouble with having a great cause is that it is too easy to imagine that the sanctity of the cause transfers on to those who share in it. The child abuse scandals in churches across the denominational divides have spread because of this naivety.

But a properly biblical theology of sin recognises that Christians still share in the weakness of the flesh. Article XIX of the Anglican Thirty-Nine Articles is quite clear on this: “And this infection of nature doth remain, yea, in them that are regenerated, whereby the lust of the flesh … is not subject to the law of God.”

Proceeding on the basis that everyone ought to be answerable takes a good deal of effort and slows down the process. But people become addicted to power like they become addicted to pornography; and the consequences can be just as devastating, even when there is no malevolence of intent.

3. A godly church politics ought to seek the inclusion of women as well as men, and the young as well as the old. The worldly tendency is for denominational structures to be dominated by older laymen and the predominantly male clergy, who have a professional interest. The process becomes profoundly alienating to women and to the under-30s simply by dint of their reduced numbers. And yet, evangelicals with a complementarian view of gender relations do not have a hierarchical view of Christian fellowship. By not reflecting its diversity of membership in these decision-making bodies, the denomination is only operating on half its cylinder power. The response to this is not tokenism or the introduction of quotas but rather a determination to change among those who operate with the church-political sphere. 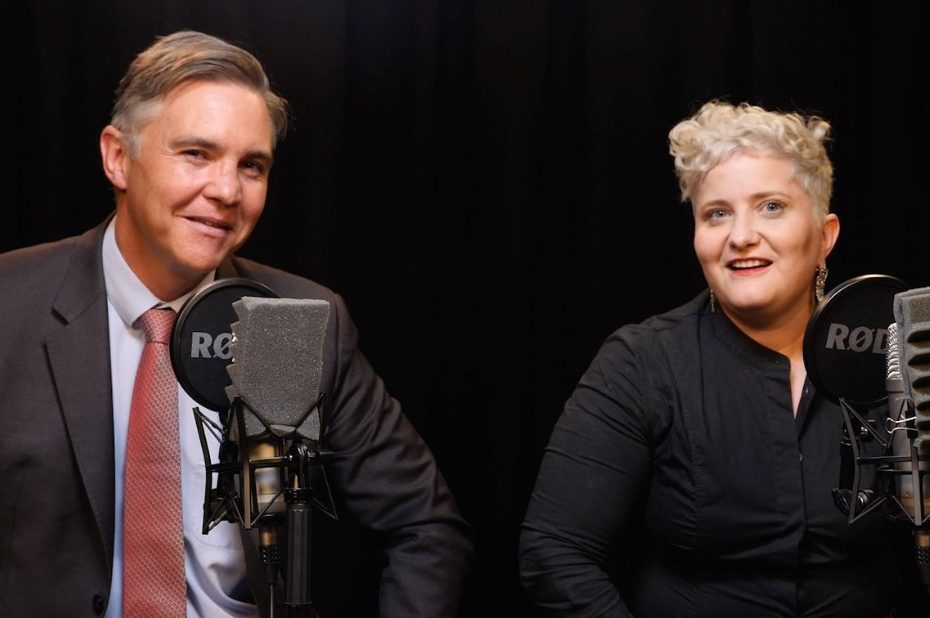 Michael Jensen engages in debate with co-host Megan Powell de Toit on Eternity‘s podcast With All Due Respect.

4. A godly church politics should seek to make structures and processes accessible to those who are disadvantaged by: lack of mates, lack of legal knowledge, lack of rhetorical skill or ethnic background. The elaborate legal structures and procedures of the synodical process in the Anglican diocese of Sydney are legendary. I have spoken with intelligent professionals who have been on our synod for a number of years and who still feel completely alienated by the process. It may not be possible to simplify the process itself. But the unwieldy process clearly disadvantages those who have to engage with it but do not understand it. What’s more, the process disadvantages those who are alienated from the clusters of friendships that have naturally developed over many years.

The political process isn’t the basis for our union – Christ is.

5. A godly church politics ought to seek to overcome the paradigm of winners and losers. The Anglican synodical system is set up, like most democratic and legal structures, and like most Protestant churches, to promote adversarialism. This is preferable to episcopal despotism. But synods of several hundred people can only express themselves by saying “yes” or “no” – and inevitably more people will say one as opposed to the other. Christians ought to be able to see themselves and their fellowship as not governed or framed by such a process. But the adversarial process produces wounds in the losers that take years to heal, if at all. It also may promote in the victors a vulgar triumphalism – that those who opposed this or that decision are suspect, or disloyal. But the political process isn’t the basis for our union – Christ is.

6. A godly church politics ought to prioritise persuasion over results. It would be possible, with sufficient numbers, simply to steamroll the synodical process with only a token amount of debate and airing of views. The gospel itself is a gospel of persuasion, no coercion; this ought to be reflected in the manner in which we conduct our church politics, even if it is more inefficient to do so.

7. A godly church politics ought to beware the temptation to use spiritual language as an instrument of coercion. Spiritualised and quasi-pious language can be used as a means to silence dissent or to manipulate the church political process. By calling the decisions of synodical governments “Spirit-led” in effect bludgeons those who disagreed with them by implying that they countered the Spirit. Interestingly, it was through the Spirit in Acts 21:4 that the Tyrean disciples urged Paul not to go to Jerusalem – something he felt his divine calling had compelled him to do – which is to say, the Spirit may come down on both sides of a question!

This article was first published on sydneyanglicans.net/blogs. 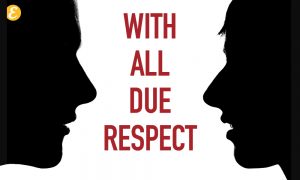 You can listen to Michael Jensen and Megan Powell Du Toit discuss “Godly church politics?” on episode 32 of Eternity‘s podcast With All Due Respect. If you like what you hear, subscribe to With All Due Respect for even more conversation, less aggro.

What the rest of Australia can learn from the first peoples

They're growing. We're not. It's time to listen

They're growing. We're not. It's time to listen

If you’re a Christian in the West, you’re now in the minority