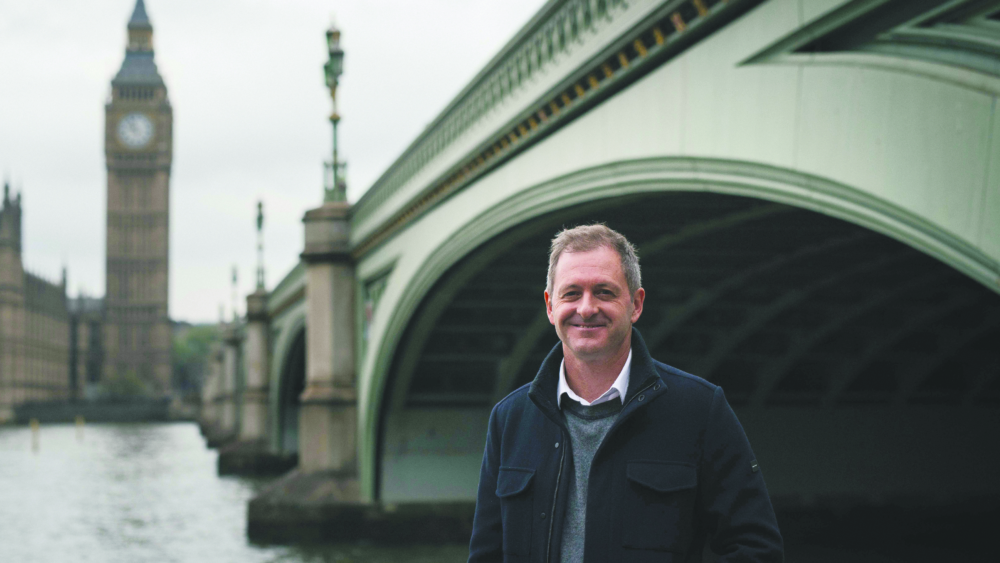 Simon Smart on location in London for 'For the Love of God' documentary.
CPX
Opinion Christian Living

Our job description: make the world better, not worse

There’s an ad running on TV at the moment where parents turn up to their kids’ school and explain their jobs to a classroom full of primary-aged students who are enthralled by descriptions of roles like pilot, police officer  or nurse. But when it comes to one hapless dad, he has terrible trouble getting much cut-through describing what it is to be a “project manager.” That title does no justice to his actual life that turns out to be exhilarating, varied and fun.

I think I know how he feels. My own kids have occasionally asked me, “What is it exactly that you do?”

There’s no short answer. When it comes to the perception of the Centre for Public Christianity, especially among Christians, I sometimes sense the need for a fuller explanation of what we do and why we do it. So here goes.

The Centre  for Public Christianity (CPX) is a media company with a mission to promote the truth, beauty and goodness of the Christian story to a secular public that has largely forgotten that grand narrative, and what it means. We seek to promote the public understanding of the Christian faith, with a deep sense that, properly understood, the person of Jesus, and all that he entails, is immensely attractive, and clearly life-giving.

That’s not the public perception of course. We have been doing this work since 2007, and it’s fair to say, in the 12 intervening years, the task has not become easier. The “No Religion” category has risen to an all-time high of 30 per cent. Those ticking “Christian” on census night has dropped to 52 per cent. And two-thirds of Australians say they don’t have a close relationship with a Christian.

In that time, there was also the brief but surprisingly influential burst of New Atheism via Richard Dawkins, Christopher Hitchens and friends. The Royal Commission into Institutional Responses to Child Sexual Abuse understandably left the bitterest of tastes in the public mouth—the conviction of Cardinal George Pell the latest exclamation mark in that sorry tale. And the divisive debates and fallout around the same-sex marriage postal survey left all parties bloodied and bruised.

We seek to promote “mere Christianity”

To a culture that had already shifted rapidly away from the institutional church in the last 30 years, resentment and suspicion is now layered over a sea of apathy – Australians being experts in distracting ourselves from the deepest questions of life.

Today, the sheer foreignness of religious belief and practice is evident to anyone who attempts to speak a Christian voice into the public. It’s in that environment that CPX sets out to faithfully represent historic Christianity, offering up a picture of what is at the heart of the Christian faith and how it speaks to contemporary life.

CPX aims to be apolitical and is not a lobby group. There are people doing important work in that space, but this is not our task. The degree to which we get involved in controversial political debates is always passed through a grid that asks, “Can we, in engaging in whatever the issue is, promote the truth, beauty and goodness of the Christian faith to the secular public?” If the answer is ‘no’ (or ‘probably not’), then we will tend to leave it alone, or at least not give it high priority.

In our CPX work we never engage in internal theological debates. We assume our audience is not interested in those. Instead, we seek to promote “mere Christianity” with a spirit of generous orthodoxy.

CPX staff and Fellows write for and appear in mainstream media. This is a major focus and something our team is well known for. Secondly, our public library offers hundreds of videos, articles and our Life & Faith podcast, all available for free and easy to share.

Thirdly, our public events, such as the annual Richard Johnson Lecture, form part of our attempts to be engaged in the “life of the city,” bringing a faith angle to contemporary questions pertinent to the broader public.

Lastly, we produce books and documentaries. For the Love of God: How the church is better and worse than you ever imagined – in both documentary and book form – is a good example of us tackling a complex public Christianity issue.

We aim to surprise people, to break down caricatures and enlarge imaginations. We seek to be a bridge between the best Christian thinkers and the widest possible audience.

In an environment that is increasingly fragmented and divided, CPX aims to speak with empathy, respect and understanding. We assume a low base in terms of familiarity with, and warmth towards, the faith.

We sometimes liken good public Christianity to being a welcome guest in someone else’s house. This involves good listening and being willing to understand the stories and influences of the culture. To recognise and take into account the things that people long for, are anxious about, are heartbroken by, are most fearful of. After all, we believe the Christian story speaks to every one of those motivations and is good news for everyone, no matter where they are at.

Sensitivity to an audience

One of the best compliments of CPX’s work that I sometimes hear, is, “You are the guys I know I can share on Facebook.” They tell me that they are confident that the content from the CPX “stable” will be thoughtful, considered, generous, and – this is the distinctive thing about CPX – actually produced for those who don’t believe. It is truly for your sceptical husband, or uncle or sister or workmate.

We trust that we are also giving Christians confidence and competence as they go about their own version of publicly representing their faith to whatever “public” they find themselves engaging with. And CPX relies on Christians sharing the content with their friends and getting it out to as wide an audience as possible.

We believe that Christianity is the surest foundation for human flourishing

CPX presses on nerves, asking the questions everyone asks themselves sooner or later: “Is this all there is?” “What does my life mean?” “What do I make of the inadequate comforts of materialism?” We refuse a culture-war mentality, but we do battle against apathy and unexamined assumptions, lazy thinking and the false belief that faith has nothing good to offer our common life. Our team aims to clear away bad arguments against faith and invites people to consider a vision of the world with a God of love at its centre.

At CPX we believe that Christianity is the surest foundation for human flourishing and that something important is missing from the public conversation if Christians aren’t in it. It’s a complex business that involves nuance, restraint, patience and probably the wisdom of angels! But it’s a task that everyone at CPX is up for – confident there is much to offer our culture that is floundering when it comes to answering life’s deepest questions. We hope more and more people will catch the vision with us, benefit from all the offerings, and join us in the task of positive public Christian engagement.

Simon Smart is Executive Director of the Centre for Public Christianity

For the Love of God documentary