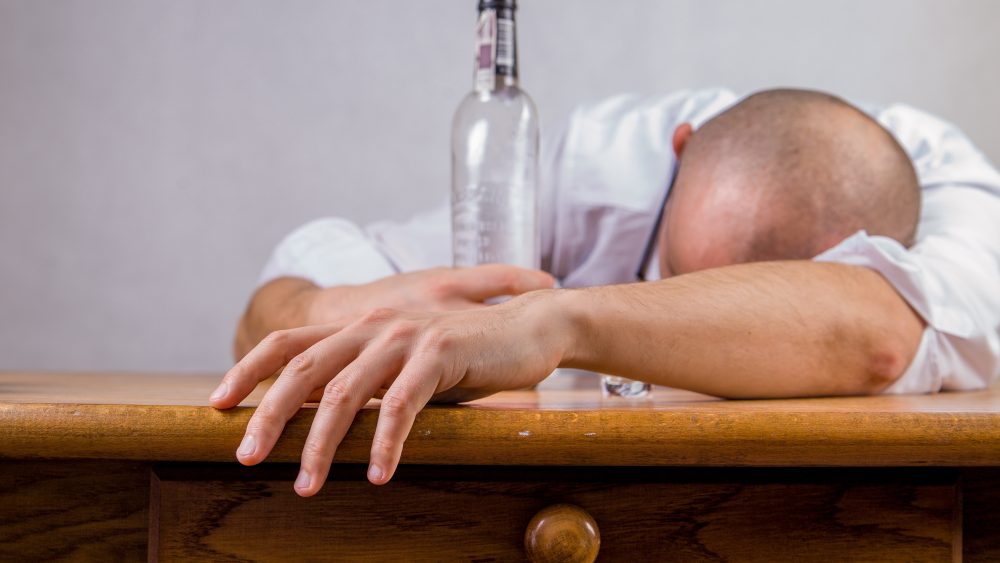 One in five kids harmed by alcohol

One in five Australian children, or about a million each year, are harmed as a result of someone else’s drinking, a new Australian poll has found.

The annual alcohol poll of 2017, commissioned by the Foundation for Alcohol Research and Education (FARE), shows that most people believe alcohol is linked to domestic violence.

“It’s a damning indictment of this country’s toxic relationship with alcohol when we have more than a third of Australians affected by alcohol-related violence,’ FARE chief executive Michael Thorn told AAP.

As Australia and India recently battled an enthralling test series on the subcontinent, brewer Carlton & United announced it would be ending its 20-year sponsorship of Australian cricket.

The declaration almost snuck under the radar: the NRL and AFL seasons were well underway and the sports pages were full of footy. The Australian team were half a world away.

As a nation, we seem to accept alcohol and its use and abuse as a right. – Keith Garner

For 20 years adults and children have been exposed to the Victoria Bitter logo from 10am to the close of play. The logo has appeared on the shirts of Australian cricketers, advertising banners, boundary ropes, fences and electronic scoreboards.

Like sports betting, alcohol advertising has been an all-pervasive and all-consuming part of the Australian summer.  It’s hard not to think of national cricket without alcohol. It is also a key strategy in making alcohol consumption a normal part of life.

Cricket Australia has already lined up a new national sponsor – and yes, it’s believed to be another alcohol company. As a nation, we seem to accept alcohol and its use and abuse as a right. Much has been made of our “drinking culture.” It appears that such a culture dates back to the early days of the British colony.

The Australian educationist and author Dr George Mackaness noted: “The population of Sydney (circa 1806) was divided into two classes. Those who sold rum and those who drank it.”

…alcohol abuse has become a rite of passage for a growing number of young Australians. – Keith Garner

The Rev. Richard Johnson, the nation’s first Christian minister, penned his concern at how the colony’s constituents spent their hard-earned money on brew. He hoped governments would act to curtail the problem. Johnson, however, was a lone voice.

If Johnson was alive today he would probably conclude that the spigot of the vat remains open, and that perhaps the early colony of which he had oversight has never really grown up.

Today the voices who challenge the booze culture are touted as “wowsers” or “moral cops.” The change to the lock-out laws in Sydney drew a similar chorus despite the rapid decline in street assaults, violence, anti-social behaviour and hospital admissions.

Sadly, public drunkenness and anti-social behaviour is indicative of a larger problem: alcohol abuse has become a rite of passage for a growing number of young Australians.

The estimated cost of alcohol abuse by drinkers in Australia is $15.3 billion. – Keith Garner

Grog has become a measure of identity, consumed on the false premise that it can reveal our “true” and underlying personality. The one-punch drunks who have killed and injured innocents on our streets belie the idea that there is anything affable or friendly in this spurious reasoning.

Public drunkenness and subsequent violence is only one part of the problem; the issue goes to the heart of every Australian. It is simply false and destructive to believe our personality teeters on the balance of a beer and that our national character is defined by our collective love affair with the bottle.

It also erodes our character, resilience and collective capacity in other ways. The social and economic cost of drinking is well documented: alcohol costs Australians a staggering $36 billion every year, according to research by the AER Centre for Alcohol Policy Research.

The estimated cost of alcohol abuse by drinkers in Australia is $15.3 billion.

The centre also found that the overall cost of alcohol-related  harms to someone other than the drinker such as motor vehicle accidents, lost productivity, family breakdown, child protection costs, domestic violence, and crime and policing was $20 billion. The impact of alcohol on our Indigenous communities is a major justice issue in which we all share some responsibility.

Alcohol dependence does not discriminate: we have people from all social and economic backgrounds engaged in our recovery programs. – Keith Garner

The personal health costs are all too apparent. The impact of long-term alcohol dependence leads to increased rates of heart disease, stroke, mouth and throat cancer, diabetes and brain damage.

The Royal Australasian College of Physicians (RACP) has called for an end to alcohol sponsorship of sporting teams and tournaments and a ban on alcohol promotion during live sport coverage during the day.

This call followed the Australian Medical Association’s plea for a prohibition on alcohol sponsorship of sport. The Association’s report found that there was “convincing evidence supporting the link between alcohol marketing and alcohol consumption by young people… There is an urgent need to tackle the problem of alcohol marketing in Australia with robust policy and stronger regulatory oversight.”

Since 1991, France has had a complete ban on alcohol advertising and sponsorship. Sport has not been impacted and alcohol consumption has dropped. Other nations like Norway and Turkey have strong restrictions. It is time Australia took this lead and showed the same commitment to restricting alcohol advertising and sponsorship as it has done with tobacco.

Each day at Wesley Mission we deal with the broken lives caused by addiction and substance abuse. Our work in this area has spanned many decades – from two major hospitals specialising in recovery to a myriad of counselling, family and youth services.

We cannot afford to be careless when discussing the consumption of alcohol. – Keith Garner

Alcohol dependence does not discriminate: we have people from all social and economic backgrounds engaged in our recovery programs – from senior executives and professionals to trades people.

Colleagues also see alcohol abuse in the homes of families facing overwhelming challenges, on the streets as young people struggle to find their place in life and in the lives of former soldiers besieged by Post Traumatic Stress Disorder.

As a Christian minister, I have also had to deal with the shattered lives that ensued through the abuse of alcohol. I have offered support and consolation to families as they have watched loved ones waste away and I have taken the funerals of people who have been killed as a result of drunk driving.

I am not a prohibitionist but the decision many of us take is by choice not law. We have a freedom in Christ and those of us who make decisions with regard to alcohol most often do so out of regard and concern for others. This is the position we continue to take at Wesley Mission even though it may be considered outdated and unpopular. In point of fact alcohol remains a major social issue.

We cannot afford to be careless when discussing the consumption of alcohol. We must be considered and never destroy the work of Christ in a person’s life by abusing our freedom. Our identity as a nation requires us to take stock, to look to a greater common good and a sense of self and meaning that rises above the brand of a bottle to a reality that has its origin in the one true God “in whom we live and move and have our being” (Acts 17:28).

The Reverend Keith Garner is CEO/Superintendent of Wesley Mission, Sydney.

Parents, are you spiritual homeschooling?

Parents, are you spiritual homeschooling?

The most important lessons you’ll ever give