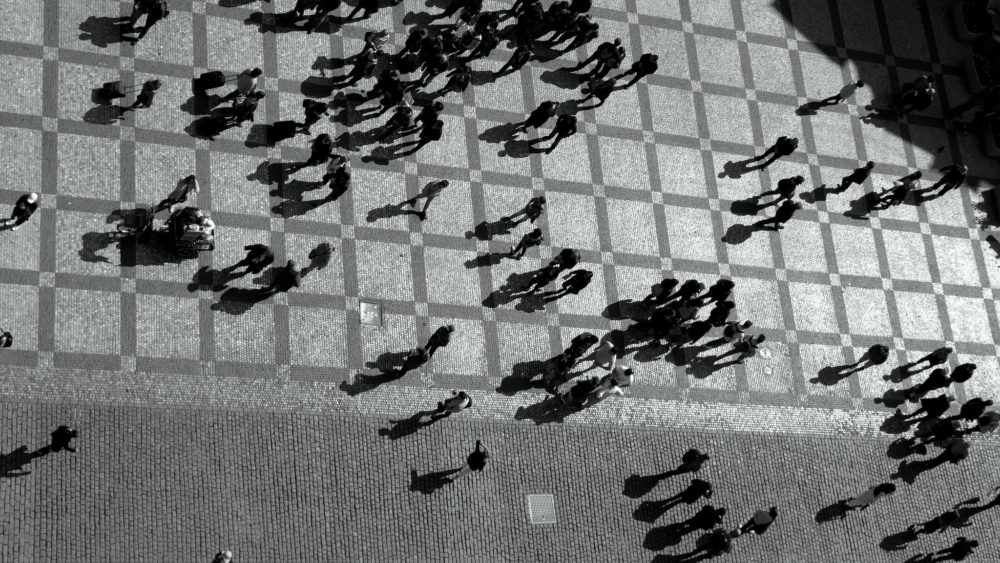 Social psychologist Jonathan Haidt is in town this month

I love a good conversion story because, at their best, they plot the progress from incomprehension to insight: of having the scales fall from one’s eyes, as the Apostle Paul apparently experienced after his famous encounter with who he believed was the risen Christ. Converts are those who can say of themselves, in the words of the famous hymn, “I once was lost, but now am found / T’was blind but now I see.”

This month, Australia will host a prominent American intellectual with a conversion story of his own. Not to Christianity, mind you, but to what seems almost equally implausible today, given our increasingly polarised culture: an appreciation for the perspective of those with whom he entirely disagrees.

Social psychologist Jonathan Haidt is in town to critique what he calls ‘the coddling of the American mind’: the increasingly restrictive culture of university campuses that police speech through trigger warnings designed to shield students from emotional distress, the creation of safe spaces scrubbed free of ideas that might cause offense, and the no-platforming of speakers who challenge various articles of liberal orthodoxy.

Even though Haidt is no Christian, he recognises that Jesus got it right: we fixate on the speck in the eye of our neighbour, and yet remain blind to the log in our own.

It’s no surprise Haidt would be interested in examining contemporary intolerance of divergent views. His earlier book The Righteous Mind: Why good people are divided by politics and religion examined our inveterate self-righteousness: the unflinching belief that we’re right, combined with our contempt of those who don’t share our opinions.

US author and social psychologist Jonathan Haidt is in town this month.

Even though Haidt is no Christian, he recognises that Jesus got it right: we fixate on the speck in the eye of our neighbour, and yet remain blind to the log in our own (Matthew 7:3-5). Or as Haidt might rephrase this aphorism: bias and defective thinking is everyone else’s problem—not mine. We’re well aware of the faults of others’ thinking, moral judgements and political positions, but our own beliefs escape critical scrutiny.

In The Righteous Mind, Haidt relates the story of how his eyes were opened to the log, so to speak, obstructing his vision.

In 1993, a Fullbright fellowship took Haidt to Orissa, India where the self-described liberal atheist found himself in a deeply devout, sex-segregated, and hierarchical society. He found his liberal mores chafing against its taken-for-granted practices, like its treatment of domestic servants and the way the wives of his hosts silently waited on him during dinner.

But Haidt, inspired by his anthropologist heroes, had already committed himself to understanding this society on its own terms, not his. And he found he liked his hosts, despite all that separated them.

An overriding commitment to the ethic of autonomy (individual freedom) … may in fact make secular Westerners the real weirdos.

Something of a modern miracle happened: entirely removed from his familiar context, Haidt didn’t double down on his convictions, but leaned into a very different way of seeing the world.

(Let the reader beware: depending on your own moral and political framework, at this point Haidt’s story is either a downward descent into ignorance or, conversely, an experience of enlightenment.)

Haidt realised not so much how weird this alien culture was, but in fact how WEIRD he was – where WEIRD is an acronym coined by cultural psychologists Joe Henrich, Steve Heine, and Ara Norenzayan to describe the kind of morality peculiar to Western, Educated, Industrialised, Rich and Democratic nations: one that emphasised the freedom of autonomous individuals to do as they liked.

And peculiar is the point: the vast majority of the world, these psychologists claimed, is non-WEIRD. In the terms (italicised below) of another cultural psychologist, Richard Shweder – under whom Haidt had studied, and whose work had brought him to India – the non-WEIRD world prioritises the ethic of community (where the interests of the group override individual freedom) and the ethic of divinity (the sense of a sacred order in the cosmos that permeates all of life and structures how one is to live).

The point? An overriding commitment to the ethic of autonomy (individual freedom) – and a corresponding rejection of other ethics that restrain individual desire, or at the very least redirect it to ends beyond individual fulfilment – may in fact make secular Westerners the real weirdos.

He experienced a revelation that overturned everything he knew about the world – an “awakening”.

If the take-home message is anything, it’s that conversion – whether to different politics, ways of life, and even religion -is always possible.

Haidt names this account ‘How I became a pluralist’, but he didn’t become one of the, shall we say, born-again variety – implying the glassy-eyed stare of the true believer. He remained sensitive to the downsides of the ethics of community and divinity: the ways they could suppress individual desires; the ways they could demonise whatever deviated from the divine norm.

Nonetheless, Haidt’s experience of non-WEIRD morality gave him a newfound perspective on the cultural story of individual freedom that had shaped him – as well as greater understanding of those in his own WEIRD world who were informed by competing ethics of community and of divinity.

Like, for instance, religious conservatives. Though anathema to liberals, there’s wry humour in Haidt’s acknowledgement that upon his return to America, Jerry Falwell and Pat Robertson, prominent figures of the religious right, “no longer seemed so crazy.” Previously, Haidt could only hear shrill moralising from them, but now he could appreciate that their campaigning emanated from a genuine vision of the good society, even if it conflicted with his own.

The moral of this morality tale, however, is not that the sheer existence of rival moralities or competing cultural stories means we should just embrace all of them: that WEIRD morality needs to make peace with what it would otherwise name as oppression; that you have your ethics, and I have mine.

No, if the take-home message is anything, it’s that conversion – whether to different politics, ways of life, and even religion – is always possible. Reality is far more contested than we often recognise, and increasingly so once we meaningfully connect with those formed by very different cultural stories to our own.

Fostering those kinds of encounters is the trick. But if those among us sensitive to the ethic of divinity are right, and there does exist a transcendent order that steers the fortunes of all, then bringing together people of vastly different persuasions presents no great obstacle, does it?

Justine Toh is Senior Research Fellow at the Centre for Public Christianity.

Jonathan Haidt: Moral psychology in an age of outrage

Amid these despairing times, this Tuesday marks the bicentenary of the birth of a remarkable…

Warning: Caring could hurt your soul

Warning: Caring could hurt your soul

The science vs Christian conflict is over

The science vs Christian conflict is over

In an increasingly global and secular scientific culture, the cutting edge of Christian engagement is…

And how you might ask him about becoming one