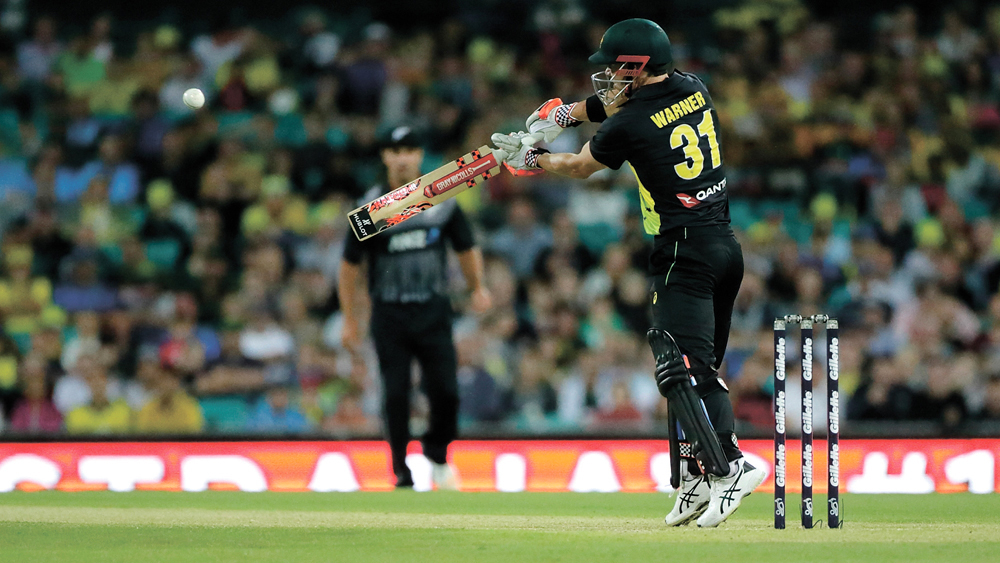 Hit for six: The myth of the Australian cricket team

Why do we care more about sandpaper than children overboard?

As the Australian Cricket Team gears up for its one-day series against England during June, it’s still hard to know just what to do with the extraordinary way that the ball tampering scandal captured the public imagination this year.

On the one hand, it seems right to get upset about cheating: cheating’s unquestionably bad, right? But on the other, the sheer degree of upset seems crazily disproportionate to the importance of cricket in the big scheme of things. A well-circulated meme put the problem like this:

The problem here appears obvious. Aussies’ reaction to the rubbing of a small leather ball with a piece of sandpaper shows we have our social ethics twisted. It shows that we overvalue sport and undervalue social justice. It shows we reserve our righteous indignation for trivial types of cheating instead of pouring it out on important ones like cheating an immigrant worker out of fair pay.

It’s hard to argue with this. Despite our obsession with sport, cricket is just a game. Nothing really serious has happened as a consequence of this ball tampering scandal. No one has lost a loved one, been sent to jail or suffered debilitating injuries.

Here’s the myth: the Australian cricket team represents us at our best.

So why the big deal? Why so many news articles, social media posts, media conferences and opinion pieces (like this one!)? My personal hunch is that the extreme reaction comes in large part because the actions of our test cricketers have exposed one of the key Australian myths to be a lie.

Here’s the myth: the Australian cricket team represents us at our best. They represent a culture of honour (of the baggy green and those who went before), of self-sacrifice and humility (team first), and especially of tough but fair play. It is the myth that grew out of the infamous Bodyline series where, when England (dangerously) chose to descend to a win-at-all-costs mentality, we remained on the moral high ground.

It is a myth personified in arguably our greatest captain, Richie Benaud. A paragon of fairness (he once suggested that “Golf is a great sport for many reasons, not the least of which is that it’s the only game where you call a penalty on yourself”), he famously made a gentleman’s agreement with West Indian captain Frank Worrell to play entertaining cricket at the risk of losing. This led to the brilliant tied Test – perhaps the greatest cricket match in history.

Moreover, this is one of the very few myths of which Aussies feel they can be proud. We are historically cynical about and untrusting of our politicians. We are generally ignorant of our scientific achievements and even our highest-achieving schools traditionally worship the 1st XI more than the musicians. Our reputation as tourists is very patchy (just think Kuta beach in Bali). Perhaps the only other field of endeavour in which we imagine ourselves excellent is on the battlefield. The Digger is the classic elite soldier triumphing, or sometimes not, over huge odds and incompetent foreign leadership.

No surprise that our two greatest national religious festivals are Anzac Day and the Boxing Day Ashes Test.

For better or worse, in the story of our nation, Gallipoli and the Test team are when we were at our best on the world stage. It is no surprise that our two greatest national religious festivals are Anzac Day and the Boxing Day Ashes Test.

Deep down, of course, we know different. In our most honest moments we know that the myth is false. We squirmed when Trevor Chappell bowled underarm. We tried to shrug it off when Warney was banned. We looked the other way when the infamous “dressing room incident” involving Simon Katich and Michael Clarke revealed fractures in the team culture.

We’ve ignored the niggling feeling that our Test team has been unlikable for years.

But this latest incident is one step too far. It was too calculated, too bullying, too dishonest, too sneaky, too ingrained, too leadership-culpable for us to pretend any more. Ball tampering is a huge thing because it confronts us with the inconvenient truth that our best is deeply flawed.

We can be thankful that whatever it took, truth was outed in the end.

Now it’s a very great pity that it took cricket to expose the myth that Aussies normally play fair. It is to our great shame that we didn’t (all) come to that realisation via the children overboard or Manus Island abuse or myriad other stories. Nevertheless, we can at least be thankful that whatever it took, truth was outed in the end.

But just because this myth has been exposed doesn’t mean that national myths should be rejected out of hand. Myths are ways of passing on important truths to do with community identity that powerfully resonate with our imaginations. The crucial question is not whether we should entertain identity myths but which myths are worth retelling – that is, which carry enough truth to open windows into who we really are.

C.S. Lewis famously observed that the Christian message operates as just this sort of myth. He suggests “the story of Christ is simply a true myth: a myth working on us the same way as the others, but with this tremendous difference that it really happened: and one must be content to accept it in the same way, remembering that it is God’s myth where the others are men’s myths.”

Central to the narrative of God’s “myth” in the gospel is that we are so much more horribly “unfair” than we imagine. God’s “myth” tells us that we are all naturally cheats in so deeply spiritual a way that a mere change of “leadership culture” will have no hope of fully dealing with it. Our only hope is to turn to him.

My hope is that the falsifying of the “Aussies always play fair” identity myth might help Aussies see at least part of the truth of the gospel “myth.” How tragic, yet beautifully Aussie, would it be if God used a humble piece of yellow sandpaper on a cricket field to help us see our need for him.

Or: what Brisbane Heat batsman Marnus Labuschagne stands on

Working with the rainbow

Working with the rainbow

After Folau: we are all living in the land of Israel

A controversial crossbench senator rises to address their fellow senators. The weeks of being lobbied…