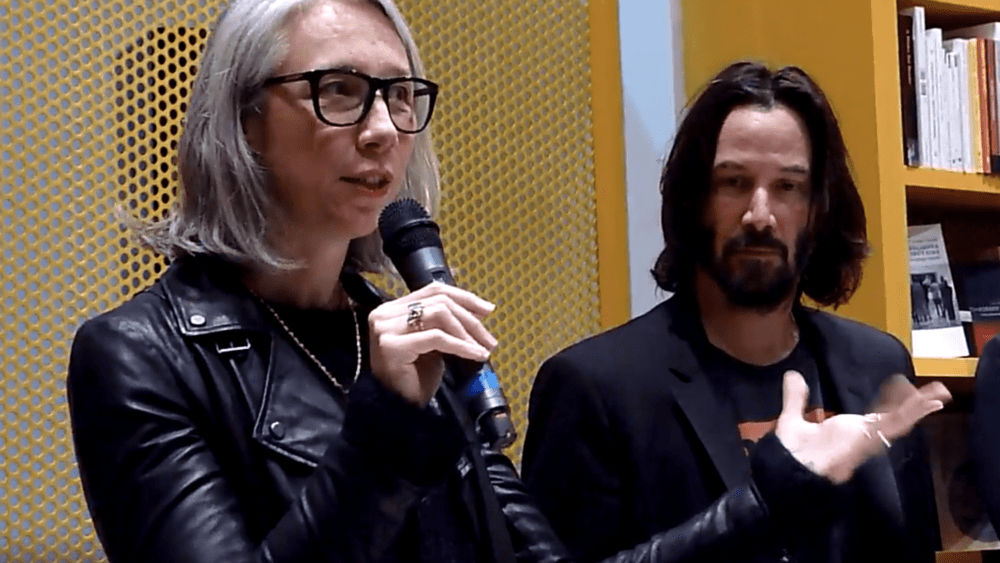 Ageing happens to the best of us.

Wrinkles form around the corners of our eyes and our jawlines become squidgy. Those of us who are pleasantly plump gradually slide towards a body shape that is best sketched with a compass. People blessed with natural slimness can begin to resemble Skeletor.

We pull a muscle in our back because we didn’t brace ourselves properly before doing an action we didn’t even know required bracing. Like opening a drawer. Or turning to the left. Or sneezing. (And that’s not the only thing that can go wrong with an unbraced sneeze when you get older. Let’s not talk about it).

And, of course, for many of us, our hair turns grey.

Grey hair is not a big deal, of course. These days, we use the “silver fox” label for men and women. Plus there’s an international global network of #silversisters who have collectively decided to stop giving hundreds of dollars and hours of time to sitting in a salon chair and instead #ditchthedye. A worldwide network of woman declaring #greyhairdontcare and supporting one another in their uniquely Instagrammable #grombre journeys.

But if you’re a silver sister who dares to take to the red carpet with a Hollywood heart throb, it’s a whole different story, apparently.

This week, The Matrix star Keanu Reeves and his girlfriend, artist Alexandra Grant, walked the red carpet hand-in-hand at the 2019 LACMA Art and Film Gala and she had – shock! horror! – grey hair.

Admittedly, Reeves bringing a GF to a red-carpet event was always going to be news. Not just because most of us who now write the news grew up in the 1990s when Reeves performance in Point Break engraved his name onto the Hollywood Heartthrob list for as long as we both shall live.

Also not just because, as I recently saw tweeted, Reeves seems to be who we always hoped Johnny Depp would grow up to be – a really nice guy who the internet keeps catching out doing lovely things, such as maintaining appropriate non-touching ‘hover hands’ in photos with women. Or buying ice-creams he doesn’t eat, just so he can autograph the receipt for a young fan.

But Reeves and Grant on the red-carpet was always going to be big news because it’s something he has rarely, if ever, done. And he’s experienced his fair share of tragedy, losing a baby in 1999 and his long-term girlfriend Jennifer Syme in 2001. Plus, Reeves and Grant have produced two books of illustrated poetry together, which is honestly lovely. We just want him to be happy, basically.

NB. This is a quick summary of what happened next for those who readers who care. i.e. Don’t read the next paragraph if you’re someone who writes comments on our Facebook like “Really, Eternity? I can’t believe you let this frivolous article get published! Please only feed me deep and meaningful articles in every single post on every single day or I am taking my important self elsewhere!” You have our permission to skip it.

Someone tweeted something about how great it was that he was dating someone “age appropriate” and then someone else pointed out that Reeves is actually 55 and Grant is 46 and that clearly Hollywood has conditioned us to think a man dating a woman only nine years younger is worthy of congratulations. Someone else else mistook Grant for English actress Helen Mirren (who is 74, so that’s a bit harsh) plus a nasty someone said something awful we aren’t going to repeat here. Then came a swathe of articles pointing out that, basically, all women over 45 have Grant’s hair if they don’t dye it. And then others were asking everyone to stop talking about her age and hair when she’s an accomplished artist and philanthropist.

Now, while we know the world can cough up the occasional gem when it comes to dealing with the ageing process, we also know it’s actually the Bible that provides us with a true north when it comes to all issues.

So here’s 10 times the Bible has something to say about growing older.

The beard is ‘hair’ to stay - for now

The beard is ‘hair’ to stay - for now

Plus: The Old Testament guide to beard styling

How to switch off and really listen

How to switch off and really listen