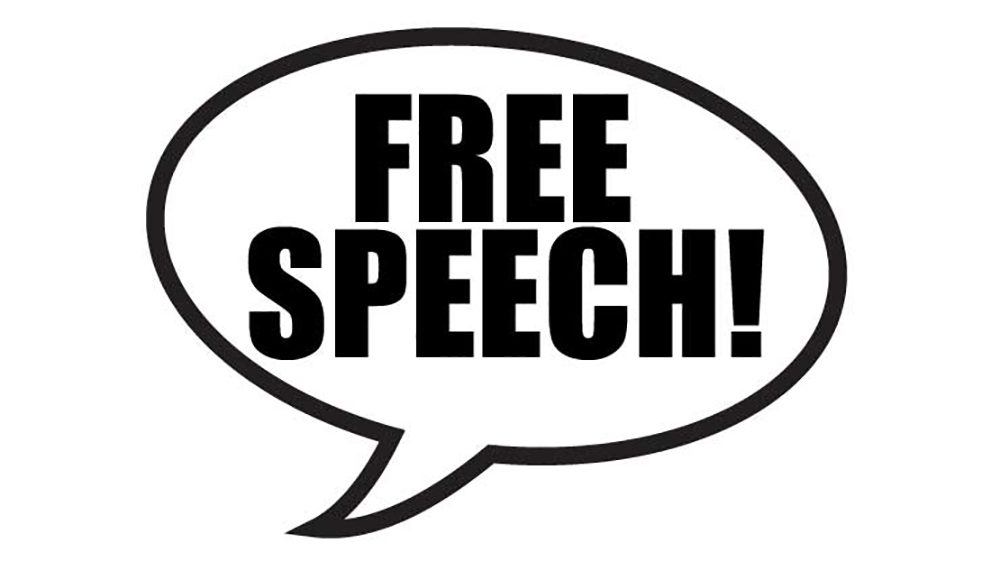 Freedom of speech is emerging as a key issue as responses to the latest draft of the Religious Discrimination Bill (RDB) become public.

One set of speech scenarios have received a lot of publicity. They come from a submission by the Australian Discrimination Law Experts Group, legal academics who want the RDB trimmed back.

• “An employer telling a transgender employee that their gender identity is against the laws of God;

• A childcare provider stating to a single mother that they are evil for depriving their child of a father;

• A receptionist at a medical practice telling a person with a disability that they have been given their disability by God so they can learn important lessons; and,

• A waiter in a cafe saying they will ‘pray for your sins’ to a gay couple.”

These scenarios – slightly rewritten into two examples – featured in an article by Judith Ireland in the Nine papers (“Religious discrimination bill gives Australians ‘right to be a bigot’”).

Similar lists occur in a number of submissions including one from the Public Interest Advocacy Centre.

Ireland quoted Monash University associate professor of constitutional law Luke Beck warning that parts of the the Bill “appear to be motivated by a desire to allow people to be nasty to others”. (He is referring to clause 42 which provides that a “statement of belief does not constitute discrimination for the purpose of any anti-discrimination law.”)

Responding to the newspaper article, Neil Foster, Associate Professor in the Newcastle University Law School, points out that “neither of the suggested statements are unlawful at the moment, except in one Australian jurisdiction under a much-criticised and idiosyncratic provision. So to say that the Bill will somehow make these thing legal to say is wrong- they are already legal.” (The much-criticised provision is Tasmania’s Anti Discrimination Law.)

Foster continues: “Let me hasten to add that the fact that something is legal to say, does not mean it morally should be said!”

“I would not support saying either of the things set out in the article’s first paragraph, in the context suggested. But the reality is that, to allow free speech in a community, we all have to put up with things being said that we don’t approve of. That I don’t approve of these comments, does not mean that they should be illegal.”

Foster hits the key issue – free speech. Many lawyers, not Foster, respond to the RBD by suggesting a Bill of Rights. This is the approach taken by the Australian Human Rights Commission, in their submission, as well as in a number of others.

“We are concerned that this clause legitimises the expression of a opinion that may be demeaning and harmful, as long as a case can be made that it is a statement of religious belief, which is itself broadly defined.”

The UCA notes that the Bill’s explanatory notes say “a key aspect of protecting the right to freedom of religion is protecting the ability of individuals to explain, discuss and share their fundamental beliefs. Protecting the freedom to express religious beliefs civility and as part of public discourse is an essential part of maintaining a healthy and functioning democracy.”

The UCA then questions whether Clause 42 will function civilly.

The Australian Human Rights Commission’s (AHRC) submission suggests that the bill sets the bar too low. In the second draft of the bill, the Government has added a new definition of “vilify” to “incite hatred or violence”.

The AHRC prefers the Oxford dictionary definition of vilify which includes “to regard as worthless or of little value, to condemn or despise.”

Is it possible to resolve the tension at the core of a Religious Discrimination Bill?

“Religions, by their very nature, will be offensive to non-believers,” writes Anglicare’s Peter Sandeman* in the Adelaide Advertiser. “The Christian assumption all have sinned and require forgiveness has caused offence for 2000 years.”

This means the Tasmanian discrimination laws requirement to not cause offence – with offence being defined by the group claiming to be offended – is not achievable by Christians. The UCA’s standard of avoiding anyone being demeaned will also be difficult to meet.

However, the ALRC’s standard of not regarding other people as worthless, of little value, or despised – should be easily met by anyone who regards themselves as the “chief of sinners”. As for condemnation, the example of Jesus with the Samaritan woman at the well should encourage us too avoid that to.

The examples of speech at the beginning of this article are loaded. They all occur in a situation of serving a customer or being an employee. If the issues are to be discussed, rather more sensitively it is hoped, it should be outside of a commercial situation where someone will feel coerced to be in the conversation. Maybe in church. Maybe in a conversation outside of work. That is because the bill as drafted gives employers the right to impose “employee conduct rules” to control statements of belief “in the course of their employment” (Clause 8).

But if religious speech imposes significant financial hardship on an employer, they can apply employee conduct rules outside of work. So, for example, the childcare centre could tell their workers not to call a single mother “evil”. That sort of talk might well reduce the numbers at a childcare centre.

Freedom of speech, a fundamental human right, is the key issue in the religious discrimination debate. There is nothing more offensive than telling people that Jesus is the only way to salvation – and that you need to be saved. Free speech is an existential issue for Christianity to flourish.

Please exercise your freedom of speech and comment on this opinion piece on the Eternity facebook page.

Doctor who refuses to use trans names loses discrimination case

Doctor who refuses to use trans names loses discrimination case

Doctor suspended: when writing for Eternity is a thought crime

Doctor suspended: when writing for Eternity is a thought crime

Jereth Kok is a hard working GP in Melbourne’s suburbs. That is, until he was…