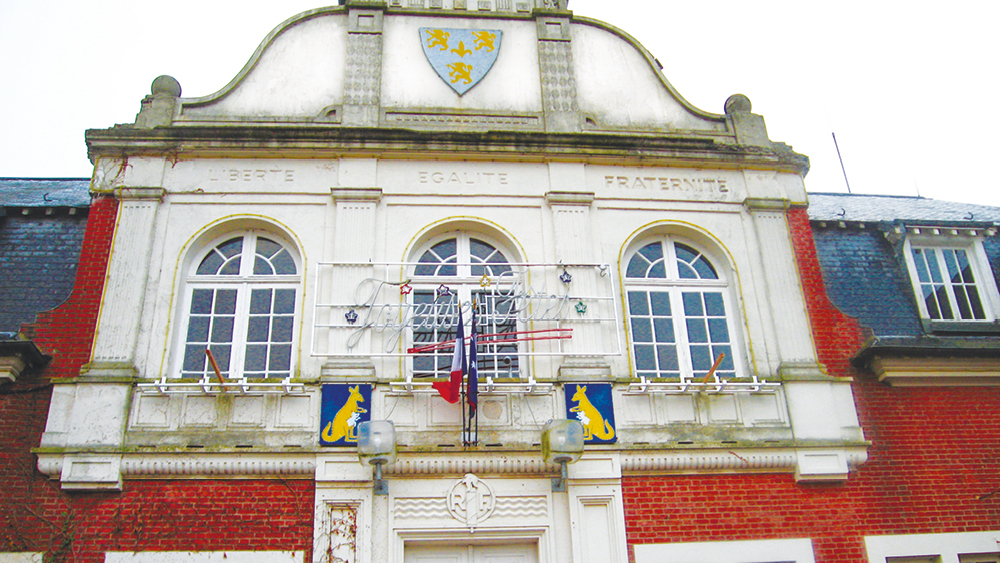 The centenary of an Anzac sacrifice

In Australian military annals, few battles stand out for gallantry and success like the second battle of Villers-Bretonneux, where Australian troops reversed a German advance, saved Amiens and Paris, and possibly changed the course of World War I.

The Germans, reinforced by men from the Eastern Front after the collapse of Russia, captured the small French town during their last great offensive of the war. Paris lay open until Australian troops recaptured the town and overran German positions in a night attack that cost 1200 Australian lives.

The people of the little French town vowed never to forget Australia, and they never have.

The centenary of that famous fight is on April 24 and 25 – a second Anzac Day – and leads us to think again about war, and to give thanks that relatively few Australians now alive have had to fight in one.

The battle also has the distinction of being the first tank engagement: three British Mark IVs opposed three German A7Vs.

The people of the little town – a small corner of France that is forever Australia – vowed never to forget Australia, and they never have.

“N’oublions jamais l’Australie” (Let us never forget Australia) is inscribed on the walls of the local school, accompanied by Australian flags and posters, and in English by the courtyard, while the children begin each day by singing Waltzing Matilda. At the town hall, the flags are flanked by two kangaroos, and the Australian flag flies as high as France’s tricolour. The local restaurant is the Kangarou.

In 2007, the Melbourne Symphony Orchestra toured Europe, and a dozen brass and percussion players, led by French conductor Jean-Louis Forestier, took the train from Paris to Amiens, changing to a local train to VB (as they called Villers-Bretonneux) to play at the War Memorial and honour the soldiers.

I was blessed to be part of that group, and it was one of the most moving experiences of my life. On a misty, grey day that shrouded the trees in a way eerily reminiscent of World War I photographs, the musicians performed for the schoolchildren at the Ecole Victoria – built with donations from Victorian schoolchildren in the 1920s – and again at the lovely memorial, which is formally Australian ground.

The orchestra’s principal trumpet, Geoff Payne, lost two great-uncles at VB while the grandfather of trumpeter Dave Farrands, Nelson Ferguson, was blinded in a gas attack.

Ferguson was a stretcher bearer and played the cornet. Payne played Ferguson’s restored 1905 cornet at the school and the memorial where he played The Last Post and laid a wreath. At the school, children held sheet music for the orchestra members, then enthusiastically joined in to sing Waltzing Matilda – in English, but with a decided French accent.

As I reported in The Age in January 2007, Payne feared he would be overcome by emotion, but he said his focus was strengthened when he saw how the occasion moved the director of the Franco-Australian museum, Jean-Pierre Thierry, who was holding his music. “When I saw my weeping, walking, shaking music stand, I realised they were affected as much as we were,” he said.

The day had more to bring for Payne. At the museum, he unexpectedly came across a picture of the grave of his great-uncle. Other musicians found the photograph first and a whispered buzz went through the group, but no one alerted Payne. Then he saw it: the picture of French girls tending a grave in 1919, with the headstone E.A. Payne.

Despite being blinded in 1918, Nelson Ferguson came home to Ballarat and founded a stained glass window company. He recovered his sight 50 years later thanks to a corneal graft in 1968, and died in 1976. His story is wonderfully told by Melbourne playwright Hannie Rayson in The Glass Soldier, performed by the Melbourne Theatre Company in 2007. Leading Australian composer Nigel Westlake wrote a beautiful suite of the same name, later recorded by the MSO.

I do know that the Lord God of Hosts, the unfolder and master of history, produces moments of mercy and grace in even the vilest and most terrifying circumstances.

Former ABC broadcaster Derek Guille, the other journalist present at VB on that January 2007 day, wrote a children’s book, The Promise: The Town That Never Forgets, in 2013, describing Australia’s connection with the town, and the musicians’ visit.

Last year barrister Don Farrands, another of Ferguson’s grandsons, published a meticulously researched and moving account of Ferguson’s life, also called The Glass Soldier. He notes that Ferguson’s Bible accompanied him throughout the war in a pocket of his trench coat.

The ongoing centenaries of World War I highlight again the conundrum of war. How are we to understand God’s will in such extreme circumstances? Often we can’t determine the grand narrative, only the personal challenges of here and now.

I have considerable sympathy for British philosopher Bertrand Russell, who noted that war does not determine who is right, only who is left. Plato was also right in saying that only the dead have seen the last of war.

Stalin famously dismissed the power of faith by asking how many battalions the Pope has. He might have felt differently were he still alive in 1989 to witness the collapse of the Berlin Wall, not least because of the influence of faithful Christians behind the Iron Curtain.

I don’t know what God thinks when humans are at war. Australian, English, French and German troops would have been praying equally fervently before and during those great battles at Villers-Bretonneux. I do know that the Lord God of Hosts, the unfolder and master of history, produces moments of mercy and grace in even the vilest and most terrifying circumstances.

I also know that just as war draws out the cruellest and worst aspects of humankind, it also produces the noblest, such as courage, self-sacrifice, mercy and kindness. It can focus us powerfully on what is really important – on the eternal. But that is merely peripheral comfort in a great sadness.

Barney Zwartz is a Senior Fellow of the Centre for Public Christianity.

Guerino grew up in a small picturesque village in Northern Italy. His youth was marred…