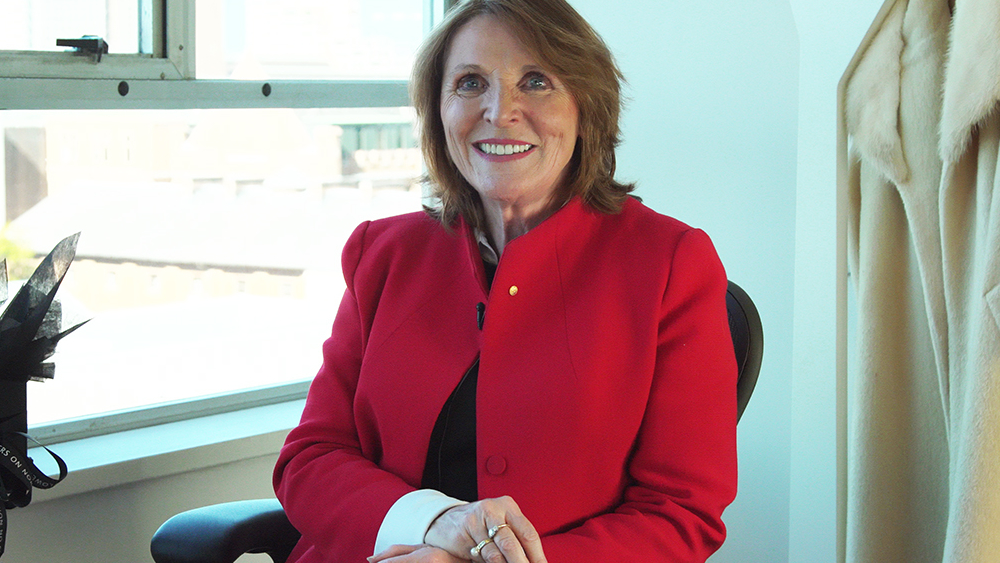 “It’s my Bible reading and my prayer life that has really sustained me,” says Wendy Simpson OAM, reflecting on almost 30 years as a businesswomen, executive and company director.

In her early 20s, Simpson won a Rotary Scholarship for Businesswomen to the United States. That experience, she says, opened her eyes to the possibility that she could have a career in business, as a global executive.

“We don’t know how capable we are until we start to go to new places and look at new things,” says Simpson. “So I tested my sense of calling, and the capability that God had wired into me.”

“I think it’s important that we don’t think that luxury is normal.” – Wendy Simpson

Though she came from “humble beginnings” in the northern suburbs of Melbourne, Simpson went on to senior roles at QBE Insurance, TNT International and Alcatel. She also has been the driving force behind several companies including listed automotive company AMA Group and her own precision engineering business, Westray Engineering.

But despite extraordinary success in the business world she has remained grounded, thanks to her deep commitment to the teachings of Jesus.

“One of the most important principles is that my life isn’t my own and my skills aren’t my own, so it’s about stewardship of these very important things that God has trusted me with,” Simpson tells Eternity.

“My husband and I try to keep our lifestyle fairly simple.”

“It’s easy to get caught up in first class travel and five star hotels. So I will regularly fly economy and check into one or two star hotels. I think it’s important that we don’t think that luxury is normal. What we have in Australia is so radically different to what most people have.

“One thing I do every so often is to set myself a certain amount of money for a week or a day and then live on that. It can be as little as two or five dollars, and I see if I can live on that for a certain number of days. That’s important to keep myself grounded.”

“Everything we have has been given to us by God,” continues Simpson.

One of the surprising things about Simpson is how candidly she speaks about her faith in all kinds of business settings, both Christian and secular.

“One of the things I take pretty seriously is that we’re made in the image of God, and what that means.”

“In a Christian context, I use the word stewardship a lot more. We are God’s handiwork and God has prepared works in advance for us to do. I will also talk a lot more about the ambassadorial role we have; that is, we have a specific role to do, to be salt and light, and live out in our communities what it means to be transformed by God – and to know the power of prayer.”

“I assume everyone has God-given gifts, that’s my starting point.” – Wendy Simpson

In 2010, Simpson brought Springboard Enterprises to Australia, an organisation where “entrepreneurs, investors, and industry experts meet to build great women-led businesses.” A significant part of her time is now spent mentoring women and men, particularly in the entrepreneurial space.

“And I pray for people, for their business situation and some of their personal situations. I’ve never had someone say I don’t want you to pray for me,” says Simpson.

She wants to see the church get better at thinking about the intersection of entrepreneurialism and faith, particularly moving towards encouraging the right people to step out as entrepreneurs. And even though she acknowledges that entrepreneurs have one of the loneliest roles in society, Simpson points back to her faith as her rock, saying, “to have God, a guide and a counsellor, available to you 24/7, who wouldn’t want that? I wouldn’t go more than 15 minutes in a day without consulting with the Holy Spirit.”

Find out more about Springboard Enterprises