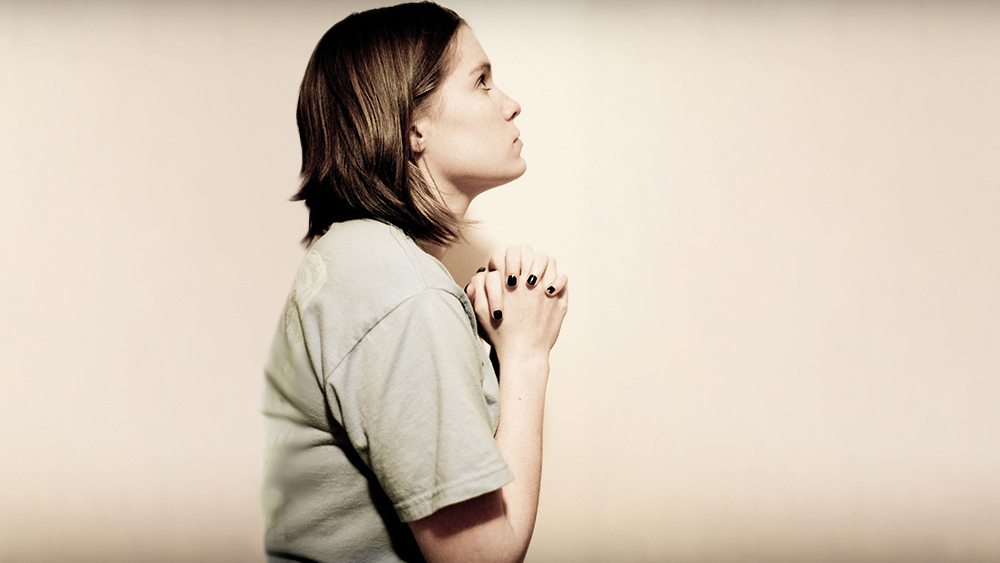 We generally think of prayer as being about changing the world. We pray about world peace, missions, health issues … This functional view of prayer is partly true, but it is not the whole story.

God doesn’t need our suggestions regarding our needs or where he should be at work in the world. He knows all of this before we do. Instead, prayer is a gift. God graciously invites us into the space where he is already working, raising us from being mere spectators into being participants in his ongoing work of creation and redemption in the world. Therefore, prayer is at least as much about the relationship between God and us, the participants in prayer, as it is about any outcome being sought.

Prayer is relational rather than merely functional. When we deliberately press into our friendship with God through prayer, we are opening ourselves up to him in two main ways. Firstly, when we pray we are sharing ourselves with God, deliberately choosing to reveal ourselves and our broken places to him, instead of seeking to hide them away. Prayer becomes a place where we practise honesty and transparency, opening – in P.T. Forsyth’s words – “the petals of the soul.” C.S. Lewis describes this aspect of prayer as “unveiling,” writing:

“When we assent with all our will to be known, then we treat ourselves, in relation to God, not as things but as persons … The change is in us … Instead of merely being known, we show, we tell, we offer ourselves to view … By unveiling, by confessing our sins and “making known” our requests, we assume the high rank of persons before him. And he, descending, becomes a person to us.” (Letters to Malcolm, 21).

Lewis’ notion of  “unveiling,” honestly speaking with God – “person to person” – is about authentic relationality, as opposed to trying to “twist God’s arm” to make him heal or convert, or whatever it is we want him to do. Which brings us to the second point.

Prayer becomes a vehicle, not simply for changing the world, but for God changing us.

When we pray we are seeking to align our will with God’s, to search out where he is at work and participate in his action. In so doing, prayer becomes the place in which we practise obedience – aligning ourselves not according to our own interests and desires, but to God’s. So prayer becomes about God shaping us, not us shaping God. It’s not something we master, but rather something we become. It’s not about getting something done but about entering into what God is doing, cooperating with his work in us.

So prayer becomes a vehicle, not simply for changing the world, but for God changing us. Eugene Peterson (author of The Message) argues that prayers are tools “not for doing and getting, but for being and becoming” (Answering God, 2). And as we pray, a certain “unselfing” occurs. Our focus shifts from self, to God, to others. Prayer is as much about changing the pray-er, as about changing the world. Through prayer the Spirit forms the life of Christ in us.

I’ve personally found the Psalms the best teacher in helping me shift my eyes from self to adoration of God.

So if prayer is so significant to our spiritual formation, what guidelines has God given us about how to pray? We have Jesus’ instructions to his disciples (“The Lord’s Prayer”) and the the prayer book of the church (the Psalms). Jesus teaches us to start our prayer with God – “Hallowed be your name” – lost in adoration, gazing in wonder at God’s holiness and majesty.

Friedrich von Hügel (a 20th-century, Catholic, religious philosopher), argues that prayer without adoration is like a triangle with one side missing. I’ve personally found the Psalms the best teacher in helping me shift my eyes from self to adoration of God. Though two-thirds of the Psalms contain lament, all but one include an essential “reorientation” back to God. We’re given a voice for articulating the pain we feel in a broken world, but we don’t stay there, wallowing in the darkness. We are drawn into adoration – to gaze at God for himself only, not for his gifts. From wailing to resting. From raging to peaceful adoration. From lament to a reminder that in the midst of our confusion and pain, “You are God.”

If he couldn’t find his place in a Psalm he was praying, he’d pray it for someone else.

I can still vividly recall Eugene Peterson talking about his morning routine. He would make himself coffee, check out the weather of the day, then start praying the Psalms, out aloud. He didn’t wait to see if he felt like it, it was simply part of his everyday practice. And if he couldn’t find his place in a Psalm he was praying, he’d pray it for someone else. This act of daily, vocal prayer takes us beyond restless, supernatural shopping lists to adoration, as we are taken beyond our pain to worship God.

Another aid in prayer I’ve found useful is joining in the prayers of great men and women from the past. For example, in Evelyn Underhill’s Prayer Book, we are provided with passionate prayers from lovers of God in all branches of the Christian church that help us shift our eyes from self to God. I close with a couple of these prayers:

Firstly, one from The Imitation of Christ, written by Thomas à Kempis (a 14th-century, Catholic monk):

“Defend and keep the souls of your little servants among so many perils of this corruptible life, and your grace going with us, direct us by the way of peace to the country of everlasting clearness.”

Secondly, a prayer written by Evelyn Underhill (a 20th-century, writer in spirituality):

“Let our lives run to your embrace … and breathe the breath of eternity. O God Supreme! Most secret and most present, most beautiful and strong. Constant yet incomprehensible, changeless yet changing all! What can I say, my God, my Life, my Holy Joy … You are the only reality …”

So, as we pray the next few days, let’s remember that prayer is not just about what God is doing in the world;  it’s also one of the chief means in which he is at work in us. Prayer isn’t just functional, or even simply relational, but is also formational.

COVID-19 and other global problems need our “spiritual war-work”

“I will say this: while you may not be able to go to church, the…

“I could never read this story with my people,” said James, one of the few…