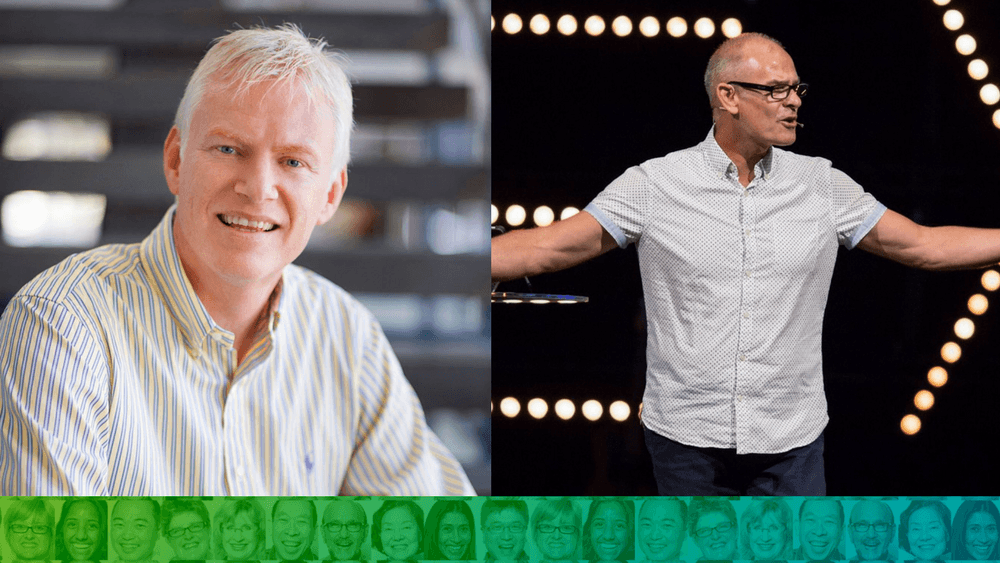 Melbourne 'megachurch' CityLife builds on past to move forward

During the past 50 years, CityLife church in suburban Melbourne has grown from about 12 people on a Sunday to more than 10,000 members within its active community. CityLife has not only achieved such growth during decades which have seen the reputation of Christianity and churches diminish across Australia. It also has done so without major scandals or church splits, a notable feat for such a large and longstanding church.

At the same time as reaching the 50-year milestone, Senior Pastor Mark Conner has stepped down and, last month, Andrew Hill took over one of Australia’s largest and most influential Pentecostal churches.

Eternity caught up with Conner and Hill, who shed light on what has helped CityLife to grow and how that might impact future ministry.

Conner spent nearly 37 years of his life serving at CityLife. Reflecting on this period during which he served as volunteer worship leader for five years and was on staff for 32 years (22 as Senior Minister), Conner made it clear that he saw no “formula” for church flourishing. However, he was willing to suggest some principles and keys which can contribute.

CityLife has only had three Senior Ministers in 50 years. No scandals, no church splits.

These included stability in leadership. CityLife has only had three Senior Ministers in 50 years. There have been no scandals or no church splits.

Another key principle Conner outlined was stability in theology, but being flexible about how that impacts the church as a whole. For example, CityLife used to have three-hour meetings but now they run for a well-disciplined 90 minutes – much more in tune with today’s lifestyle and the needs of young families.

Team ministry was another factor in CityLife’s “success”, according to Conner. He explains that a church is not built on one person – “Nobody has that much to give – so it is about empowering everyone in the church to serve.

One interesting insight from Conner related to discipleship in a large and growing church. This often is seen as a challenge but he suggested that just as parents are always parenting, so churches are always discipling. Not necessarily in structured ways but as part of everything they do.

While making points about some of CityLife’s keys to “success”, Conner was quick to point out that while some sow, and others water, it is God that gives the increase and all glory goes to him.

The former Executive Pastor at another large Melbourne church, Crossway Baptist, Hill’s faith journey itself sheds some light on how CityLife “megachurch” might be moving into the future.

Raised in a Methodist church, then Uniting, he came to personal faith in a Wesleyan Methodist church. Looking for a deeper experience, Hill and his now wife Leanne went to Careforce church with Allan Meyer where he ended up on staff for seven years before taking a break to further his studies. The Hills then moved to Crossway, where for the last few years he served alongside Dale Stephenson as Executive Pastor.

Hill wants to “honour the past by stepping into the future.”

So, what is a Baptist pastor doing leading a Pentecostal church? Hill says he has long seen himself first as a Christian and not really identified himself denominationally.

As for Hill’s plans for CityLife, he wants to “honour the past by stepping into the future.” But what will that look like? Each of the previous Senior Pastors has been identified by, at least, one major focus. Richard Holland was known for an emphasis on the prophetic/miraculous; Kevin Conner for his teaching gifts; and Mark Conner for leadership and community emphasis.

These separate gifts have shaped and grown this church. What will Hill bring?

When asked the “$64,000 question”, a mix of humility and godly confidence shaped the answer. “God has formed in me something of the ‘prophetic pastor gifting’. I expect as we listen together for His leading and follow His voice, all will become clear.”