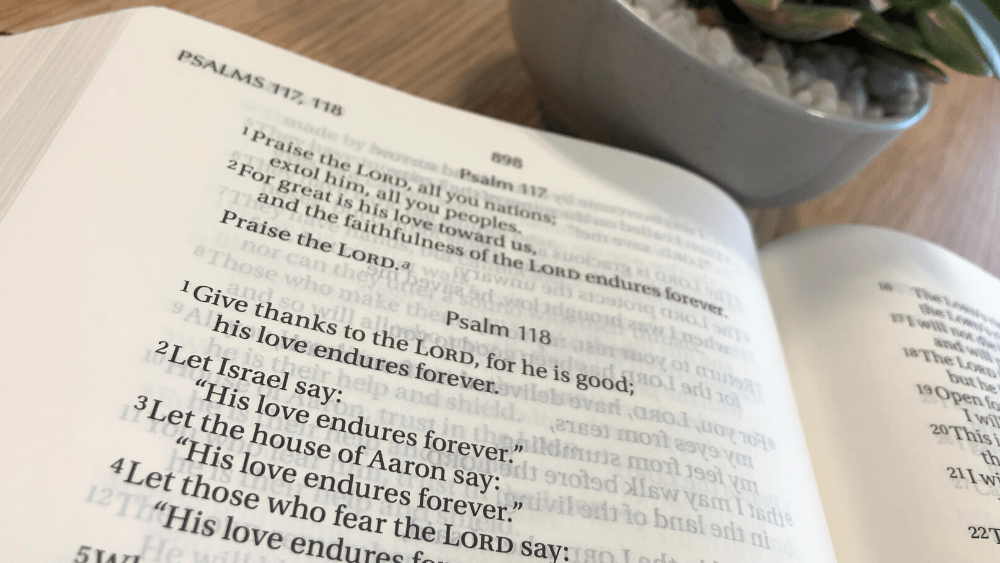 Academic Dean and theology lecturer at Melbourne’s Ridley College Dr Mike Bird shares his insight on some of the big questions Christians ask about the word ‘Israel’.

Eternity News: When we read the word ‘Israel’ in the Bible, does it have the same definition as when we read it in the news?

Mike Bird: Short answer: no. Long answer: there are all sorts of debates concerning the genetic and ethnographic continuity of peoples who inhabited Eretz Israel [Land of Israel] from the Bronze until the present.

Remember, this is a land that has experienced various patterns of migration, conquest, de-population, rehabitation, and colonisation during the Assyrian, Babylonian, Persian, Greek, Roman, Byzantine, Islamic, crusader, and colonial periods.

All sorts of people have lived in Israel, over the centuries, of different religions and ethnicities. Most importantly, the Israelite kingdoms that one reads about in the historical books of the Old Testament reflect something of a God-given kingdom that was important for God’s purpose in the Israelites at a particular time, place, and space in redemptive-history.

However, the modern state of Israel, founded in 1948, is not a Davidic monarchy or a Zadokite hierocracy [a ruling body of priests]. Rather, it is a secular state closely aligned to various expressions of the Jewish religion. So the Israel of Netanyahu is not the same as the Israel of Nahum!

EN: Are there certain things Christians should do, ask, think, or be aware of when they read about Israel in the Bible?

MB: Yes, I think it is important that Christians do not jump from Genesis 3:15 to Matthew 1:1 and regard everything in between as a mixture of Ancient Near Eastern genocidal warfare, a Jewish version of Game of Thrones, Sunday school stories about kings offering to cut babies in half, some nice poetry, and a list of blessings to be claimed.

We need to remember that God’s purposes for the world run through Israel for, in the biblical storyline, a transformed Israel will transform the world (see the work of English theologian George Caird for more). That is why Jesus was sent to Israel. Not because they get first bite of the pie and, if they don’t want it then the pie goes to the Gentiles. No, God’s plan has always been to reach the world through Israel. This is why Israel was called to be a kingdom of priests (Exodus 19:5-6) and a light to the nations (Isaiah 42:6; 49:6). The church, clinging to Israel’s messiah, is the vanguard of the renewed Israel that God was always promising.

EN: How do Christians ‘think wrongly’ about Israel? What are the mistakes we should avoid?

MB: First of all, we must be ever cognisant of the history of anti-Semitism that has manifested itself in Christianity. In the New Testament there is a clear sectarian rivalry between Jews and Christians, with some clear antagonism and animosity between the two communities – you see that from Matthew to Revelation.

The Christian experience of ostracism and persecution from Jewish groups led them to define their identity sometimes over and against Jewish communities and practices in the post-70 AD period.

The big problem is that this religious argy-bargy eventually turned into some vicious and venomous polemics against the Jewish people in later centuries, especially as the Roman empire was Christianised. It is truly disturbing to read what Christian authors say about the Jews in the letters of Ignatius of Antioch, the sermons of John Chrysostom, the writings of Martin Luther, and even in twentieth century scholarship.

Anti-Semitism is the most successful ideology of the twentieth century and Christianity is partly to blame for its success. This requires repentance and reflection!

Second, we have to remember that Jesus himself ministered to Israel and called for Israel’s renewal before God, not its rejection from God.

Third, whenever the apostle Paul uses the word “Israel” in his letters recorded in the New Testament, he always means it in a positive sense.

In 1 Corinthians 10, Paul tells a bunch of pagan converts to Christianity that the history of Israel is their religious history. Elsewhere, Paul can even call the Gentile Christians the “Israel of God” (Galatians 6:16) and apply the symbols and emblems of Israel’s election to Gentile Christians (Philippians 3:3).

Fourth, I hasten to add too, that awareness of anti-Semitism in the Christian tradition does not mean that we give the Israelis State a blank cheque on its policies and practices.

Christians should be very alarmed and concerned about the treatment of the Palestinians by the Israelis state, not only its Muslim population, but also the Arab Christians within Palestine.

There is a reason why the story of Naboth’s vineyard in 1 Kings 21 is one of the favourite texts among Arab Christians because it captures their experience of having their land taken away from them.

Dr Mike Bird is the Academic Dean at Melbourne’s Ridley College, where he also lectures in theology. He is the author of several books, including his most recent release with N.T. Wright, The New Testament in Its World: An Introduction to the History, Literature and Theology of the First Christians.