This Christmas my kids will have presents – and lasting joy

It’s been many years since Trixie has been able to give her three children the type of Christmas that most Australians take for granted.

“Christmas presents were all second-hand goods and the Salvation Army helped me out one year. I’d get a second-hand toy and make it presentable – that was the best I could give my children. If we had to do a secret Santa somewhere, I’d wrap up a lunchbox for them because it had to be something of use,” this 34-year-old single mum shares.

The family’s Christmas Day feast was just as meagre. “We would just do a normal breakfast, lunch was nothing special and, at dinner, we’d catch up with my whole family and I’d bring a meal to share, which was something that I’d get from Foodbank hampers.”

“I was going to lose the house. Bankruptcy was on the cards … I had debt collectors calling every day.” – Trixie

Trixie comes from a family of fifth-generation farmers in the Wimmera region of western Victoria, where she still lives – 30 minutes from the nearest town of Horsham. In this small, isolated community, Trixie felt an acute sense of shame about being unable to provide for her family.

“I come from a background where you’ve got to stand on your own two feet,” she explains.

While her family were “close-knit”, as one of six siblings Trixie says her parents had “no means to be able to support me.”

So at age 16 she began providing for herself financially and, at 17, she moved out of home. Afterwards she held down some good jobs in agriculture, but then her life started to fall apart.

She fell into a problematic relationship and later became pregnant with her first son, Brayden. Feeling unsupported, she left her partner while still pregnant and moved back home.

Two years later, in 2008, she managed to buy her own home – an old general store that she found on eBay. With some help from her dad, she fixed it up, while working hard in paid employment to support her son.

In 2012 history repeated itself, and Trixie was once again in an unhealthy relationship, pregnant and alone. This time the birth of her daughter Isabelle was complicated, as she arrived nine weeks early.

“There was a huge financial crunch that came with [having a premature baby] and I just put it on the credit card. It was everything that she needed: the heaters, the warmth, the things I didn’t have,” says Trixie.

She then had to give up paid work to care for her young children and a year later, her third child, Hunter, was born to the same father as Isabelle.

When she decided to leave this “very back-and-forth relationship”, she was left with a mountain of bills and increasing financial hardship.

“I was going to lose the house. Bankruptcy was on the cards … I had debt collectors calling every day. Going to the mailbox, it was all just debt.”

“I’ve got family members working in the Foodbank, so it was pretty hard to go through the doors, but not putting food on the table was harder.” – Trixie

With the credit cards “maxed out,” Trixie says, “I kept paying these bills and it didn’t pay off anything – the debts kept increasing.”

She adds: “I’ve always been someone who paid her bills and tried to bring honour to my name. Because I come from a small town where everybody knows me or one of my family members, if you let a business down or don’t pay your debts, it’s quite hard to hold up to.”

Over the next few years, Trixie – who describes herself as “a strong, proud person” – lost her independence. She couldn’t afford a phone, so had to use the phone box near her house to make calls. She borrowed family members’ cars and relied on the local Foodbank to feed her children.

“I’ve got family members working in the Foodbank, so it was pretty hard to go through the doors, but not putting food on the table was harder.”

One day at the Foodbank in 2016, Trixie was given a card for Christians Against Poverty (CAP) – a global debt-relief agency that is run through local churches. Several weeks later, she contacted CAP, and since then she has been working with a debt coach to pay off her bills. Now, three years later, she expects to be debt-free in 2020.

“I’ve had so many sleepless nights, but CAP took away a lot of my stresses. My life’s all coming back together … My family have a lot to be thankful for and we have a bright future; we’ve got a second go at life.” 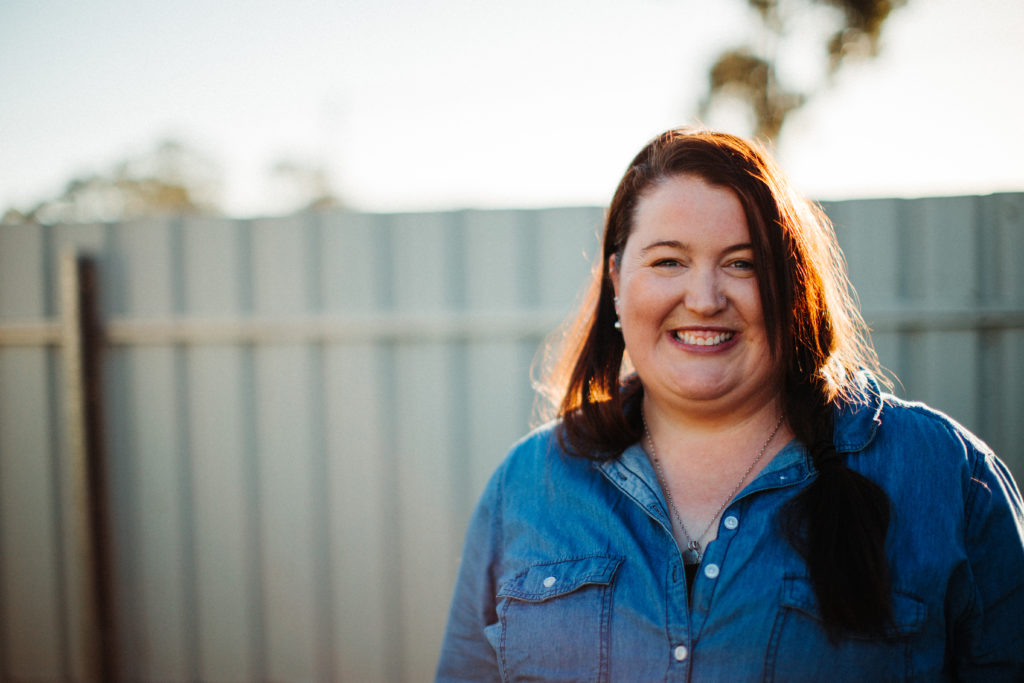 When Eternity speaks to Trixie, she has just landed a new job in the healthcare industry. And so this Christmas is looking very different for her family.

“I’ve squirrelled away all year and the kids have got some lovely gifts under the tree,” she  says. “We’ve got a lot to be thankful for. The kids are very proud of their mother and of what we’ve achieved together as a little family. We will also be reconnecting with my [extended] family for Christmas and enjoying the holidays.”

In summing up the rollercoaster ride the past two decades of her life has been, Trixie is surprisingly positive. But then again, her ethic of hard work and determination along with her rekindled faith in Christ are a powerful combination.

“Prior to CAP I felt shame like I’ve never felt before. I felt like a failure as a mother. But going through this journey, I’ve come out stronger. I’m happier. I’ve reconnected with my faith. I’m standing strong in my values and beliefs.”

She adds: “I’m a very strong-willed woman and I feel like I’m capable of making the right decisions from here on out.”

Trixie’s is certainly not the only Aussie family to have lived in poverty. According to Christians Against Poverty, three million Australians are living in poverty right now. To find out more or to support CAP’s services, visit capaust.org.