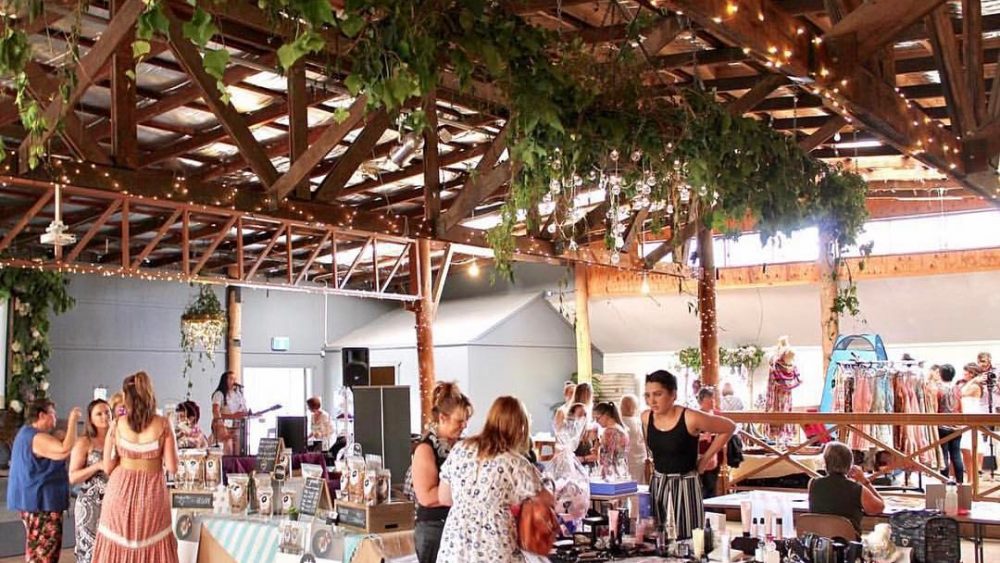 Taking Jesus out of church...

…and into furniture stores, dance halls and other weird places

Wayne Beddow runs a large retail furniture outlet in Wollongong, south of Sydney. But over the past several years he may have led more people to the Lord than has his own pastor.

Every time someone comes to the store, Wayne’s floor staff are trained to listen out for a way to minister to them. If the customer is buying a bed, maybe it’s because they have a bad back. In that case, the staff member would reveal that this is a Christian organisation and, with their permission, they would like to pray for healing as well as sell them a bed.

“Then he trains his truck drivers when they drop off the furniture to be listening to the conversations of people and, if they complain about something or they see a need they have, the truck drivers say ‘hey, we’re a Christian organisation, we believe in prayer and if it’s OK with you we’d like to pray with you,’” explains Paul Bartlett, senior minister of Lighthouse Church in Wollongong.

“He probably leads more people to Christ through his business than we do on Sunday.”

Bartlett urges all the business people in his congregation to view their businesses as like the well that attracted the Samaritan woman – she came for something natural but, thanks to her encounter with Jesus, she left with something supernatural.

Bartlett has written a book called Thank God It’s Monday, based on his belief that the way to reach a secular nation such as Australia is not by trying to get people to come to church but rather empowering church-goers to see their Monday-to-Friday world as their calling.

“My message is Australians aren’t waking up Sunday morning thinking, ‘What’s a great church I could go to today?’ It’s not on their radar,” he says.

“We’ve gone from outreach to engagement; we’ve gone from Sunday to Monday – it’s a different way of thinking. We love Sundays but, really, most people are living out their lives every other day of the week.”

Bartlett says he actively discourages outreach because it’s based on programmes and calendar dates.

“What we’re saying is, ‘There’s no switch,’ so as a pastor I don’t need to rally a programme for you to engage with the community; you just need to go to work or join the local sporting club.”

As senior minister of Lighthouse Church for 17 years, Bartlett has inverted the spiritual rubrics he grew up with. He says he was brought up to stay away from non-Christians because they were heathens. “We say, ‘listen, you should be able to go into any sphere of society, even if it’s non-Christian, and you’re in no danger of becoming like them but they’re absolutely in danger of becoming like you.’”

“Whatever the community were doing, they did it with them.” – Paul Bartlett

No one at Lighthouse Church is allowed to be a “pew sitter.” Every six weeks Bartlett conducts water baptisms and without exception, he says, it will be the first time he has seen the new converts.

“I have never seen these people in my life. Somebody has discipled them, led them to the Lord and the water baptism is the first time they have been in church,” he says.

As well as the main campus, Lighthouse Church has two experimental locations, both led by couples who were saved in the church over the past ten years. But rather than replicating the city model, the young couple who started the northern campus lived in the suburb for two years before starting a church service.

“This couple joined the local neighbourhood centre and became volunteers, served there, got to know the local people, joined the surf club; whatever the community were doing they did it with them,” Bartlett explains.

“Lighthouse is known as a large church in the region. I didn’t want the community to think, ‘Oh yeah, Lighthouse thinks they’re here to save us’. The community is already suspicious of us, all of us – they know why we’re there. So we did it the other way. We got to know the community first and then when we felt the timing was right we started the service.”

This service, however, was like a TED talk with food and a Q&A session – there is no singing. Instead of trying to cram everything into one service – praise and worship, preaching the gospel, discipling everybody and getting to know people – they deconstructed the four elements of church and did one each week.

“For evangelism, for example, we do a thing called Bread and Wine – so real wine, real bread, tapas – $20 a head. We hire a cafe, and we get 35 completely non-Christians every time we do it.

“My young pastor – he’s only 30, bit a of surfer, great conversational evangelist – sits on a stool and he teaches on communion with real wine and tapas and he teaches ‘this is what God meant when he made a covenant with us.’”

“You can put flags out of the front of your church to say, ‘welcome home’ or we can actually build a facility that feels like home.” – Paul Bartlett

The church’s new southern campus is based in a renovated woolshed. “We bought one of the Illawarra’s most iconic old entertainment venues – it used to be a bush dance venue. Even Keith Urban before he was famous used to play there. We bought that about five or six years ago; we’ve just renovated it, kept it rustic and turned into a 24/7 community space. It’s got a cafe/restaurant, rentable spaces, and hundreds of people a day come through it. It’s open seven days a week, so when people walk into that space they have fond memories of turning up to the bush dance years ago and it’s literally like coming home,” Bartlett says.

“I always say you can put flags out of the front of your church to say, ‘welcome home’ or we can actually build a facility that feels like home.”

The church service is at 4pm on Sunday with praise and worship once a month and cafe-style church on the other weeks.

“We encourage our congregation to come at 3pm, when the public is still here, have a coffee, mingle with people, get to know them, build relationships, then we’ll start our one-hour TED-talk-ish ‘explore faith’ service with Q&A.”

Having refined his approach at Lighthouse, Bartlett is now influencing 1100 other Australian Christian Churches (ACC) across the nation as the denomination’s national leader for community engagement.

“The whole concept of Thank God it’s Monday is becoming a bit of a movement,” he says.

“I’m in four countries in Europe talking about it. I’m in the UK, Canada. There will always be a few mega-churches that will reach people by sheer size, but the vast majority of churches aren’t going to reach the community by running awesome Sundays. They’re going to do it by getting involved in the community and I think it’s resonating with 98 per cent of the churches in Australia.”

Christians understand themselves to be called into a relationship with God, with others in the…

COVID-19 has been devastating for our community – and our church

COVID-19 has been devastating for our community – and our church

In Berala, a mid-west suburb of Sydney, the toll of coronavirus measures is high and…