How to be happy

A new Christian learns the unforced rhythms of grace

Philippa Lowe tired herself out for more than a decade in her search for happiness. You name it, she tried it – self-help, new age, crystals, books, courses – she even went to a church that channelled an alien.

There was always another course, another book – another ladder to climb in the effort to reach what this “mouthy, feisty PR chick” describes as a state of ephemeral grace, a fleeting break from her whirling thoughts. 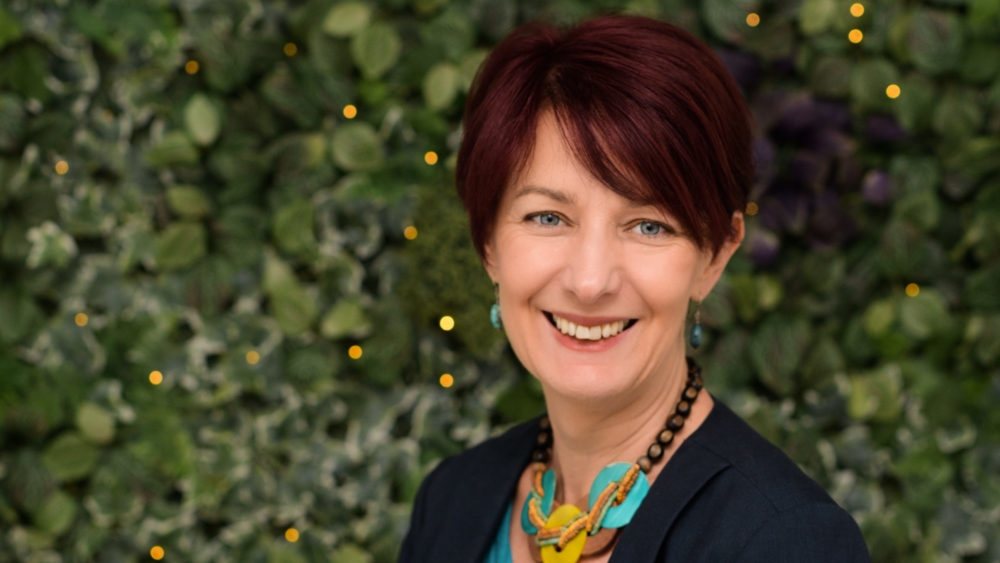 Philippa Lowe has found each day a blank canvas of love, trust and happiness since becoming a Christian.

When Philippa googled “how to have a happy life”, she discovered thousands of articles on the internet on how to be happy – and yet we’re not. About one million Australian adults suffer from depression and more than two million struggle with anxiety in any given year.

Five years ago, the Sydney journalist-turned-PR agent was asked to write a book about happiness for RedBalloon. In the midst of her grief over the death of her mother, it was the last thing she felt like doing. But her research did help her compile five promising tips for being more cheerful.

Sadly, in her agnostic, new age mindset, leaning on such advice didn’t help Philippa much. But when she became a Christian four years ago, a light bulb came on. She suddenly realised there was no exhausting ladder to climb – Jesus had already climbed down the ladder and died the death we deserved to pursue a close, forgiven relationship with us.

“In the new age, when you’re trying to be all philosophical and at peace and mindful, you see grace as a spot that you go to when you’re not being dragged off course by your mind pinging around – but you’ve already got it,” she says.

“And there’s no striving. It’s a blank canvas of glorious grace – ‘oh Lord, I stuffed it up today, give me the grace to start again tomorrow.'”

As Philippa scrolled through 18 pages of articles about happiness on Google, she realised that not one of them mentioned Jesus. But Philippa says all of her happiness tips gain their power from Jesus and the cross. “The self-actualisation thing is so easy to fall into, but that’s the wrong lens to look at life through. And it’s exhausting. The way to natural flourishing and happiness is not about self-help but God-help.”

Take a daily thank you walk

“Before I became a Christian you’d read that – be grateful every day – and I would always go ‘to who?’ And it just felt quite impersonal and, much as I tried, it ended up back with me and that’s quite a dangerous proposition. Otherwise, I was just being grateful for stuff – a lovely day, sunshine – which I can be grateful for, but when you put it in a context of what Jesus did, now that’s what gratitude is … it’s within that framework of grace and love.”

Not the naggy, unkind self-talk tracks that we berate ourselves with. Remind yourself of the lovely truths about yourself.

“When you think that the Creator of the Universe, who has hung stars, he’s interested in the hairs on my head, suddenly that gets that nagging voice under control because you can say ‘hang on, I’m fearfully and wonderfully made’,” says Philippa.

“If you pay too much attention to that voice, you’re doing a disservice to what God wants you to do with your world and what he did with Jesus.

A double-shot latte can’t substitute for a good night’s sleep – even Jesus knew that, Philippa says.

“Faith is like any other muscle and you have to exercise it and sometimes you have to take risks, to go ‘OK, God, I’ve no idea what you’re doing, but I have to trust that you’ve got it.’ So stop waking up at 3am and worrying – he’s got this. Then look out for signs that he’s got it as God’s Post-It notes of love appear.”

“Gossip. Your past. Stuff you can’t change. Forgive yourself, and others, admit your mistakes and ask forgiveness of others too,” Philippa says.

“For centuries, the greatest thinkers have suggested the same thing – happiness is found in helping others. Jesus said it is better to give than to receive. Through MRI technology, we now know that giving activates the same parts of the brain that are stimulated by food and sex. Experiments show evidence that altruism is hardwired in the brain – and it’s pleasurable,” she says.

“I try to explain to my atheist friends, it’s not because I have to respond in this way, it’s a work of the Holy Spirit because there’s no way I could become a kinder, more patient, more compassionate human being without it.”

To sum up, sleep, prayer, thankfulness, forgiveness are all ways to natural flourishing that Jesus modelled – not because of self-help but because of his trust and the love of his Father in heaven.

“Unlike the external pursuit of happiness, of striving, God says STOP,” she says.

“God says, ‘You don’t have to do all the work to be happy. No. I’m pursuing YOU. I love every hair on your head. I sang over you as you knit together in your mother’s womb.’

“In Jesus, I found rest, peace, contentment – happiness – no matter what the external world throws at me.”

Iona raced down mountains ... and crashed into God

Iona raced down mountains ... and crashed into God

Iona Rossely has the need for speed. A bubbly Irishwoman now settled in far northern…

What’s driving so many to the summit?