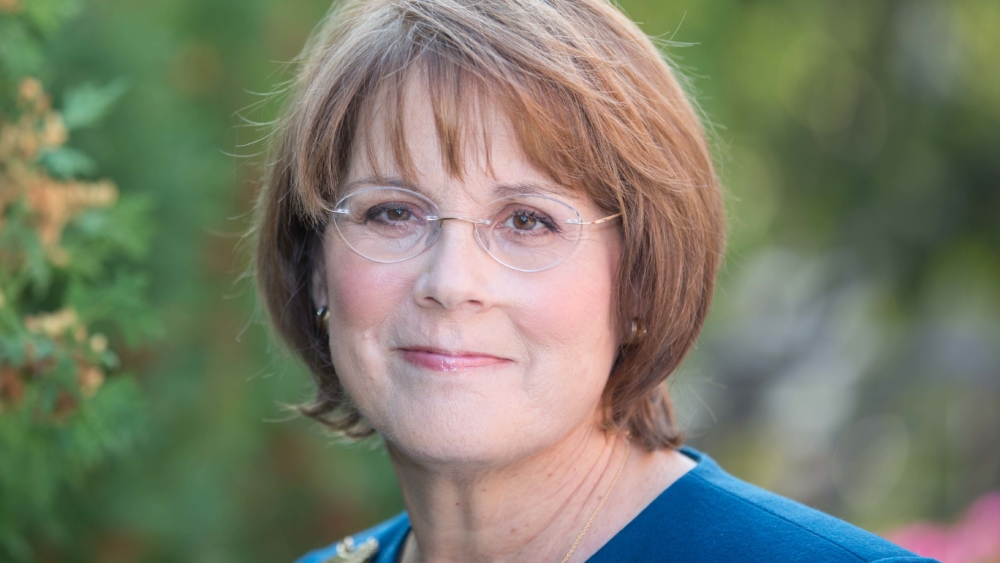 Years of extreme illness helped Kathy Keller to realise she "had been coasting on my gifts, rather than growing in grace."
Good News Christian Living

Kathy Keller is usually on the other end of testimonies. For many years she curated and edited the testimonies that were given as part of worship at New York City’s landmark Redeemer Church, where her husband – renowned preacher and author Tim Keller – was senior pastor until he stepped down two years ago.

She tells Eternity how her own journey to Christ began when she was a teenager. And how it wasn’t until she was bedridden with Crohn’s disease that she truly began to glorify God.

God will use any means to seek and save us; in my case it was my sick beagle, Pepper, who was dying of a degenerative disease, and me trying to pray for the first time in my life. I only knew the Lord’s Prayer, so I would race through that, and get to the part where I cried and begged God to heal my dog.

One night I was rushing through “…Thy will be done, on earth as it is in heaven …” when I felt as if I had just run full tilt into a brick wall. What on earth had I just said??! That I wanted God’s will to be done? No, not at all. I wanted my will to be done; God was just a means to accomplish that.

But … that’s not what the prayer Jesus taught said! I felt frozen in a moment of eternity, with giant spotlights trained on me while all the heavens waited to see which way I would move. What would it be? Thy will be done – and of course that would mean that my dog would die, and I would no doubt end up a missionary in a pith helmet, unmarried and alone in a humid place filled with bugs (or so my imagination told me.)

I dissolved in tears, yielding to God, and embracing his will and all the suffering and unhappiness it was sure to bring.

Or would I demand my will be done, even though that would be futile, trying to fight with God. Still, I could try! I could go my own way and try to wrest whatever happiness life had to offer by insisting on my will.

How long I this moment lasted I will never know… it felt like a long, long time that my soul debated between Thy/My. In the end, knowing I was signing Pepper’s death warrant, I dissolved in tears, yielding to God, and embracing his will and all the suffering and unhappiness it was sure to bring.

And for the only time in my life, I heard (in my head) God’s voice saying “It’s not your dog’s life I wanted; it’s YOUR life.” Astonished, my tears stopped, and I leaped out of bed, rushed to the basement where my poor ailing dog had her box, and told her that she was going to be OK.

I knew not one thing about being a sinner who needed forgiveness or what God had gone to procure that forgiveness.

And, of course, she was. God wasted a perfectly good miracle and healed my beagle, much to the puzzlement of our veterinarian, who claimed that severed nerves don’t regenerate and backbones don’t re-grow.

After that time, I recognised that I had been claimed by God, and had yielded to that claim, but I knew not one thing about being a sinner who needed forgiveness or what God had gone to procure that forgiveness. It wasn’t until college that I met serious believers who trusted the Bible as God’s word. And it wasn’t until seminary that I heard about substitutionary atonement. In between I was a raging self-righteous goody-two-shoes, judgmental and lonely.

Since I had already felt called to a life in ministry, marriage to Tim felt very much like an extension of that call. His ministry was OUR ministry, and I was as busy doing the Lord’s work as I could have ever wished.

I was a raging self-righteous goody-two-shoes, judgmental and lonely.

By 2002 things were so bad that my surgeon recommended a “temporary ileostomy” and he removed more than a foot of my colon that he described to Tim as looking like a burnt match. Seven surgeries later, the attempt to rejoin my colon succeeded for a space of two weeks, and then failed, leaving me with peritonitis and a permanent stoma.

God has pushed me to the edge with these crippling medical conditions and occasional brush with death.

In the 17 years since then I have had numerous follow-up surgeries, some of which caused perforations, others peritonitis and month-long hospital stays – two of which left me with open wounds that took months (in one case, 12 months) to heal, even with additional surgery and 13 visits to the hyperbaric chamber for oxygen therapy.

I thought that only a small number of people had been aware of these adventures – my prayer team, the women in the study group I lead, but apparently people have prayed for me around the world, for which I am profoundly grateful.

What I wish I could tell them is this: God has pushed me to the edge with these crippling medical conditions and occasional brush with death. And I am so grateful to him for it.

I can’t imagine any other way of breaking through my religious busyness or my confidence in my superior understanding of the ways of God (mostly borrowed from the Reader’s Digest versions of whatever Tim was reading, rather than from my own growth).

I could glorify him just as easily in my bedridden, shrunken life, as I could have on my feet and healthy.

I had been coasting on my gifts, rather than growing in grace. I had been in the dark, unsure of whether or how far I would recover, unable to access the presence of God (as I had not cultivated it during days of peace).

I grieved over the lost years of service to God; grieved over my sins of omission – my failure to love my husband, my children, my neighbours, the people I knew were crying out for connection. I repented for the massive failure of my life, for gifts unused, grace untasted, opportunities to love wasted. I cried out to God over and over in the words of the Keith Green song:

O what can be done with an old heart like mine?
Soften it up, with oil and wine.
The oil is you, your Spirit above
Please wash me anew in the wine of your love.

What God gave to me was the recognition that I could glorify him just as easily in my bedridden, shrunken life, as I could have on my feet and healthy. Better, far better, in fact, because all that health had been squandered on me, my agendas, my plans, my calendar. With nothing to give, I could still glorify God by yielding my trust to him, by believing that he loved me and was still willing to use me.

This became my refrain: “Lord, I don’t see how this (botched surgery, stubborn infection, unhealed wound that needed to be dressed and packed for over a year) will glorify you; but if it does, then I embrace it. If it glorifies you to have me here, in this place, then OK. I accept it. I embrace it. I am so happy to have a way to testify to your love, and wisdom and grace that is not above my microscopic abilities. Be glorified, O Lord, in me.”

I am on my feet again, and nothing that I know of is waiting to land me in hospital, or bed or grave, but that will come. For me, for all of us.

Meanwhile, I marvel at how I missed this for so long. The first question of the Westminster Catechism is: “What is the chief end of mankind?” To glorify God and enjoy him forever.

The Scripture text with that question is I Corinthians 10:31 – “Whether therefore you eat or drink or whatsoever you do, do all to the glory of God.”

“Whatsoever” is a BROAD word, encompassing not only our active life, but our passive, suffering life.

Kathy Keller graduated from Gordon-Conwell Theological Seminary with her MA in Theological Studies in 1975. She had married Tim Keller six months earlier. During the nine years they spent at a church in Virginia, Kathy gave birth to and raised David, Michael and Jonathan. She is also mother-in-law to three amazing women, and has seven grandchildren.

During Tim’s years on the faculty of Westminster Seminary in Philadelphia, Kathy worked as an editor for Great Commission Publications. She and Tim moved to Manhattan in 1989, where Tim preached and Kathy was the entire staff of Redeemer Presbyterian Church. As other staff was hired, her role became that of Assistant Director of Communications. She also had a second career comforting those who get converted at Redeemer and then found out it doesn’t ordain women.

Darlene Zschech could be described as one of the greatest worship leaders of our time.…

Movement Day calls on Christians to leave the church walls

Movement Day calls on Christians to leave the church walls

One Christian farmer shares her struggles and hopes