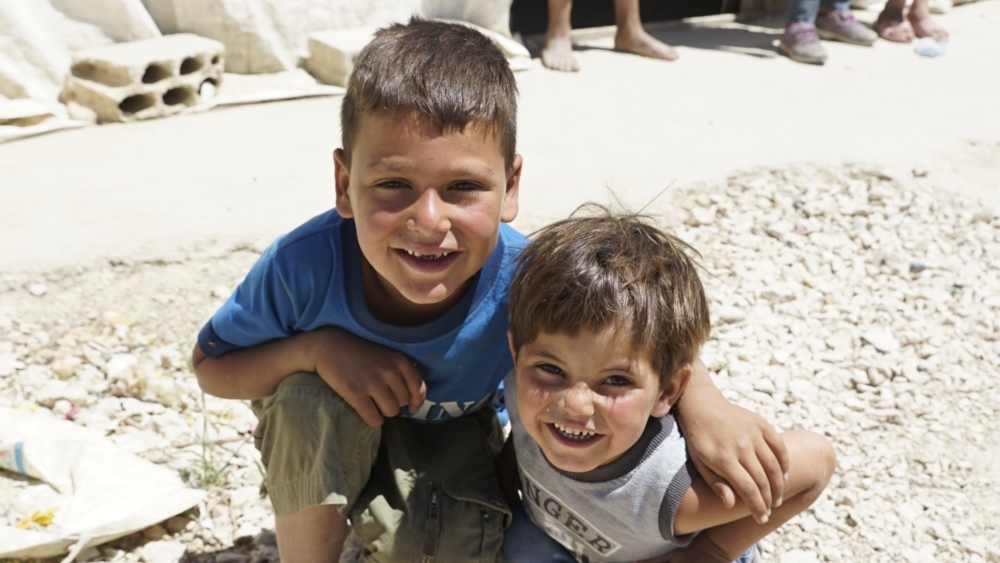 All day, every day, they're dealing with poo

Today is the greatly underrated World Toilet Day and we’re highlighting the excellent work that two Christian organisations are undertaking around the world.

In Papua New Guinea (PNG) the Sago Network have been designing, trialling and testing a new toilet design to tackle the problem of open defecation that 14 per cent of the rural population still use as their main sanitation method. 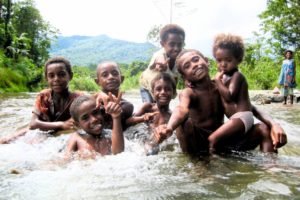 Most of PNG land sits in either a flooding or high water table environment where you can’t build pit toilets because you dig a metre or so deep and hit water. PNG has around 8.2 million people and currently 40 per cent of PNG’s population live below the poverty line. 87 per cent of that population live in rural areas largely beyond the reach of government service delivery.

None of these are ideal. Open air defecation and open pit toilets bring with it faecal-oral transmission of harmful pathogens by either direct contact or via flies which transmit germs to human food. Humans come into contact with high faecal coliform counts along coastlines and food sources can become contaminated by sea defecation and sea drop toilets. Both ‘ventilated improved pit toilets and wet/dry composting toilets have proved problematic in the PNG climate.

We provide them with clean water, so that we make sure children are drinking clean water.

The Sago Dry Toilet uses the old dehydration technology with a dual chamber system of tanks that rotate use every 6-12 months. This allows time for waste to be treated, without human contact and without mixing new, unsafe material. Urine is diverted safely away from the tanks and the high carbon content material of ash is added each time the toilet is used. The tank is ventilated using small wind powered fans and the moisture is literally pulled out of the tank. The result is a sandy, non-smelly and safe material that can be removed from the tank.

The Sago Dry Toilet is currently being installed in communities all around Papua New Guinea on a project-by-project basis. However due to the great need, the company is unable to keep up with demand, so is fundraising to raise $80,000AUD to purchase a ‘roto mould’, allowing them to mass produce and manufacture the toilet at a low cost in PNG so as many people as possible have access to a safe toilet.

As the Syrian Crisis enters its eighth year, Lebanon, a country that shares a border with Syria, continues to shoulder a disproportionately high share of the responsibility of caring for asylum seekers. There are currently almost 1.5 million refugees in Lebanon – a country that is ten thousand square kilometres in size.

Families of 6-8 people – sometimes more, if extended family joins – live in a single small tent, without a bathroom, as part of larger, tented settlements. The unprecedented inflow of refugees has led to overburdened water, sanitation and solid waste systems as well as significant hygiene risks.

And in the midst of it, World Vision Lebanon is meeting needs with WASH – its water, sanitation and hygiene – program.

Clean water and hygienic sanitation are crucial for keeping illness and disease at bay, especially in cramped living circumstances. Yet Haddad explains World Vision’s WASH program also plays an important role in keeping children in school and out of hard labour. 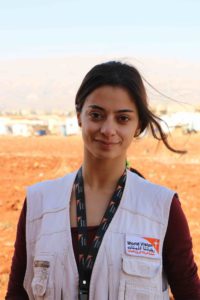 She says World Vision researched the effects of providing families with water twice per month, rather than at the current rate of four times per month. One effect was that families reallocated money from medicines the family needed to purchasing water because it was more essential to them. The other was that many children stopped attending school so that they could work and earn money for the family to purchase water.

She tells me about a boy from Aleppo called Mhamad, who she spoke to as five-year-old as part of World Vision’s Early Childhood Education program and asked what he liked about the program. Mhamad told her he liked how “it doesn’t hurt” when he was there.

Haddad learned how, following their father’s stroke, Mhamad and his older siblings had begun working in the fields gathering and carrying heavy buckets filled with potatoes for a local farmer. Mhamad five-year-old frame suffered from the heavy lifting, resulting in back pain.

Haddad says, “Although everything changed for the boys, school kept Mhamad from losing his joy.”

“A series of events, from the brutality of the war to his father’s illness, traumatized Mhamad,” Zahiya, Mhamad’s mother told her. “However, I truly believe that the games he plays at school and the songs he learns put an end to his nightmares. My son has so much peace in him now.”

Mhamad’s story was “a wakeup call for me,” Haddad says.

“The international community is somehow, like, not losing its interest, but people are sort of drifting away from the Syria crisis,” Haddad says.

“And we need to remind them that the futures of many children are at stake. The future of children. That the future of youth, because the youth are now growing up in a country which will not eventually provide them with sustainable jobs, and they have been dropping out from schools since a couple of years back, [and then] they cannot re-enter schools. So basically they need all the help they can get.”

When a Christian sanitation worker died after a police car struck him in Gujranwala, Pakistan,…

State by state, step by step out of lockdown

State by state, step by step out of lockdown

It’s WA in the lead, and Victoria half a head of SA … the race…

I was just finishing a sermon when it all came crashing down. Not my sermon.…