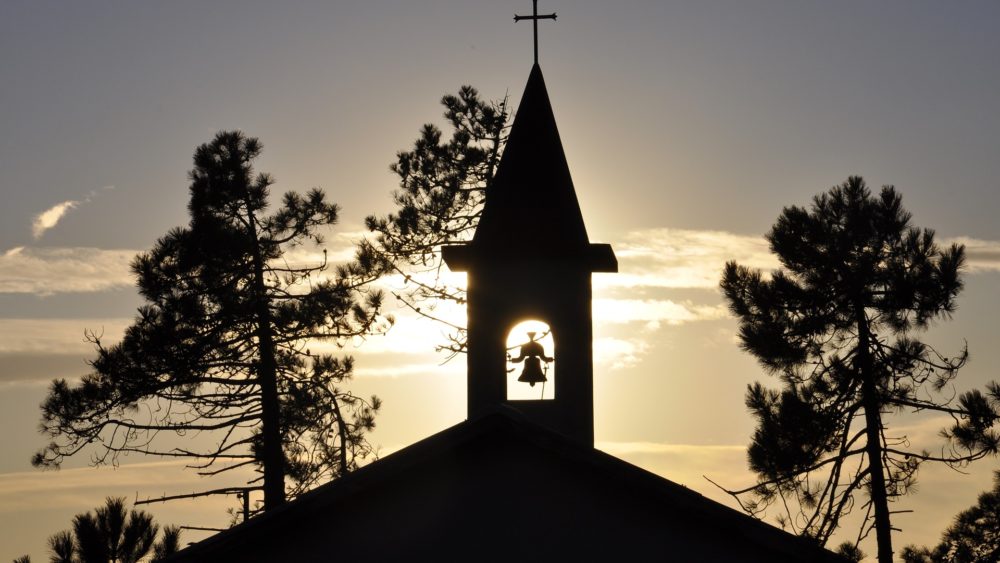 On Remembrance Day – this Sunday, November 11 – bells will toll across the world to mark 100 years since the Armistice that ended World War I.

Australian churches will play a key role in marking this centenary, as their bells ring in unison with others around our nation, New Zealand, the United Kingdom, other parts of Europe and the United States.

This is part of a global campaign called “Ringing Remembers” that was initiated in the United Kingdom by the Central Council of Church Bell Ringers (CCCBR). The campaign has been taken up by the Australian and New Zealand Association of Bellringers (ANZAB), which is encouraging its 500 members to take part at more than 65 bell towers throughout Australia and New Zealand – most of which are in churches.

“We’ve been trying to plan for this for quite some time. There’s a lot of groundwork happening in all the capital cities and even in regional bell towers,” the president of ANZAB and CCCBR representative, Peter Harrison, tells Eternity.

“Bells have always been a mouthpiece for the church and … the community.” – Peter Harrison

While bellringing often plays a part in Remembrance Day services, the idea to commemorate the Armistice Centenary with additional ringing is based on the spontaneous outbreak of church bells that occurred on November 11, 1918, when the end of the Great War was announced.

Peter Harrison, president of the Australian and New Zealand Association of Bellringers

“I hope we will help people to stop and reflect on what happened over 100 years ago in World War I.”

Through bellringing, ANZAB aims not only to acknowledge the contribution of soldiers who died in this war – including more than 60,000 Australians – but also to “make the clear statement that bellringers want peace.”

On Remembrance Day, many churches are planning to ring a special sequence of bells as suggested by ANZAB. This could include muffled or half-muffled ringing in the morning, to convey the sombre tone of reflection, and an “opening” of the bells in the afternoon and evening, to reflect “a more forward-looking tone of affirmation”.

“There’s been a bit of a campaign to get the bells to ring at 12.30pm where possible. But we want to make sure that we fit in with local community requirements. So, for example, if there’s a church service going on, we won’t ring the bell at 11am like some places will do,” Harrison explains.

“It’s a mental effort because we don’t have music sheets. It’s all done by memory.” – Peter Harrison

It’s important to note just how taxing this act of commemoration will be for the bellringers. Many plan to ring 100 tolls during morning services. Then in the afternoon, some will attempt the sequenced ringing of a full peal – which involves up to 3.5 hours of continuous ringing – while others will aim for a quarter peal, which is about 45 minutes of ringing. In some towers, there are up to 12 bells, requiring one person each, and the bells weigh from 50kg to more than 1700kg.

Harrison explains some of the complexities of change-ringing, where each bell is tuned to produce a distinct sound and ringers pull them in changing sequences: “It’s a mental effort because we don’t have music sheets. It’s all done by memory. The conductor [one of the ringers] also has to remember what calls we need to make … We don’t ring tunes, we ring methods … So the conductor needs change the order around and remember what order [the bells have been played in that sequence] so that we don’t repeat ourselves.”

Bellringers are also using the opportunity presented by the Ringing Remembers campaign to attract more recruits to this centuries-old activity. One of the aims of the campaign is to recruit 1400 more bellringers across the world, in honour of the same number of British bellringers who lost their lives in World War I. They have already exceeded this target, with more than 2000 new recruits signed up.

“We’ve been encouraging people to sign up locally … We’ve been trying to encourage local towers to find new learners, sign them up and make sure they are part of this Ringing Remembers campaign,” says Harrison.

He notes that significant training is required to teach these new learners. “It’s very difficult to teach. It can take up to three months for someone to become competent enough to handle a bell safely on their own.”

“… we should stop and remember all those who fought during the First World War.” – Peter Harrison

Outside the church, the campaign has gained support from local governments and the community. The Queensland government is encouraging all organisations with bell towers to get involved and has listed participating churches on its website.

Meanwhile, in Western Australia, a brand-new “Anzac Bell” has been created to mark the Armistice Centenary, which is the largest and heaviest of its kind made in Australia. Installed in the Perth Bell Tower just a few weeks ago, the 6.5-tonne bell will be rung for the first time this Remembrance Day. (Harrison notes that it’s not a “full-circle” bell like those in many churches – which swing 360 degrees each time the rope is pulled – but rather a “Bourdon bell”, which has a hammer to electronically chime it.)

Inside the bell tower at St Mary’s Cathedral, Sydney.

As for Harrison, he will take part in the Armistice Centenary by ringing bells at St Mary’s Cathedral in Sydney. Although he has just resigned as Ringing Master there (having served in the role for the past four years), he is looking forward to ringing for Mass and taking part in a quarter peal in the afternoon.

“I’m glad I am able to take part in my own way to mark the ultimate sacrifice so many people paid during World War I. As ringers, we are a mouthpiece for the church and, while normally we are calling people to the start of a service, on this day we are also a reminder to the community as a whole that we should stop and remember all those who fought during the First World War.”