5 things you can do to help Iraq’s persecuted Christians

“They changed our church into a mosque, ruined historic museums, and destroyed a monastery and manuscripts that were 1000 years old. Iraq is gone. Iraq is finished. We’re finished. It’s impossible for us to go back,” – Iraqi Christian

If you’re like us, you’ve probably felt outrage and despair reading about the situation in northern Iraq. Islamic militants continue to seize Christian towns. On Thursday (7 August) they captured Iraq’s largest Christian city, Qaraqosh, forcing thousands more to flee. In the process, militants continue to demand: Christians must leave, convert or die. Three weeks ago, Iraq’s second largest city, Mosul, which is also the site of the ancient city of Nineveh, was the first city to receive the ultimatum. It now stands empty of Christians. Cities and towns across northern Iraq are emptying of Christians, whose families have lived in the region for thousands of years. They are now sheltering in mosques, churches, refuge camps in Kurdish cities without their belongings.

So far away from the situation, it’s easy to feel helpless. But there are some things you CAN do. Here’s 5 things you can do to help Iraq’s persecuted Christians:

The situation in Iraq is changing quickly, as The Islamic State (IS, formerly ISIS) seizes more and more territory every day. To support Christians in Iraq through prayer and letting others know what’s going on, it’s a good idea to stay on top of the news coming out of the area. Eternity is regularly updating its stories on the situation, pulling news from a variety of mainstream media sources so if you don’t have time to scan the many news outlets, you can read the most recent Eternity summary, here. It’s also got links to other stories so you can stay informed.

2. Be active on social media 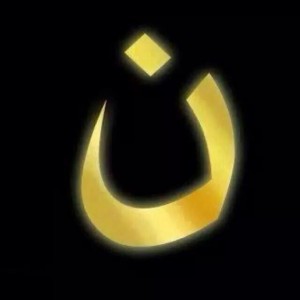 Many Christians have already changed their profile picture to the arabic letter for “N” in solidarity with Christians who’ve had the letter painted on their homes in Mosul.

On the use of the “n” symbol, one Islamic expert wrote recently on Facebook:

“I think for many years now Christians have seen the treatment of their brothers and sisters in various places around the world and not known how to express themselves. ISIS has inadvertently given us a symbol of solidarity for Christians who are suffering.”

Changing your profile picture to the “n” symbol is one way to show solidarity. Christianity Today published a letter from a Christian based in Iraqi Kurdistan, in the north of the country, where many of the Christians from Mosul have fled. She said “It’s encouraging to see that around the world people are supporting us. We are still proud to be Christians. We will always be Christians.”

Another thing you can do is share articles, photos and statuses about Iraq’s persecuted Christians to build public awareness, because the mainstream media isn’t giving it much attention.

What’s the point? We’re so far away from Iraq, how could talking to our Government help? There are a few ways it can help. Firstly, just by talking to them about it, you are raising awareness. Secondly, you can call on the Government to use its position on the UN Security Council to get the international community to pay more attention to the suffering of Iraqi Christians. Some have called what’s happening a genocide. It’s worth raising it with your local MP as a matter needing attention. Don’t know who your MP is? Find out here via your electorate.

The first and perhaps most powerful thing you can do is: pray. Bible Society Australia has some suggested prayers:

The Iraq appeal is now finished. Thank you for your support.

NOTE: This story was updated on Friday 8 August, with updated information about the advance of The Islamic State across northern Iraq, and changing Point 1 to ‘Stay informed’, replacing ‘Attend a Solidarity March’ — the solidarity marches for Christians in Iraq were held on the first weekend in August. No others were planned at the time of this update.

Hope survives under pressure in the Middle East

Hope survives under pressure in the Middle East

‘After waves of persecution … there are always flourishing, promising stories’

"Should a Christian flee the plague?" Martin Luther was asked

"Should a Christian flee the plague?" Martin Luther was asked

For larger churches this is the last Sunday gatherings until the coronavirus ban is lifted. The Reformer has some advice.

The struggles and joy of working in a Niger hospital