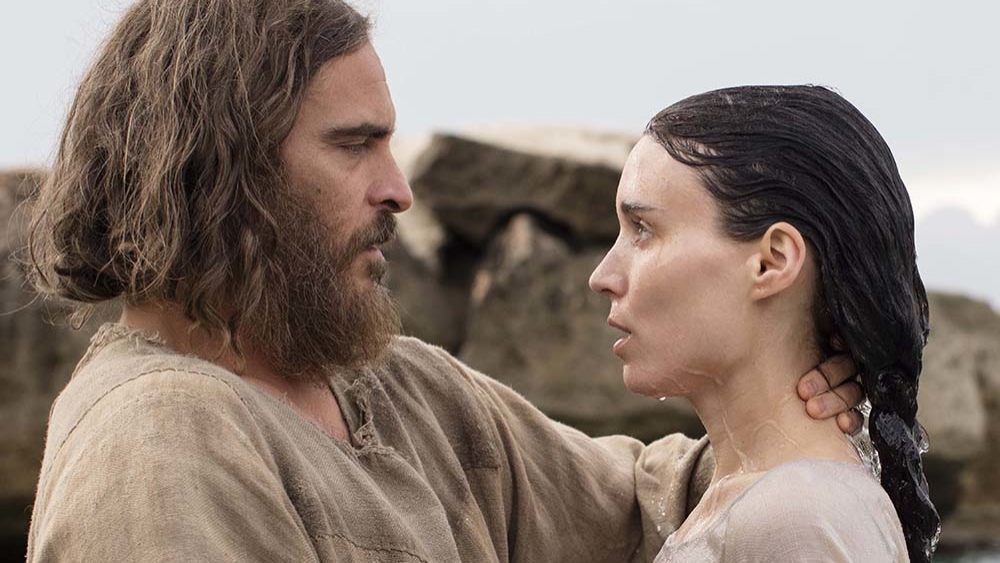 Director Garth Davis projects his vision of an ancient revolutionary

“It was the first time that a story from this era made sense to me. I loved the spirituality in it and, in many ways, I could identify a lot with the themes in the story in my own life and things that I want to bring into the world.”

Australian director Garth Davis is an animated, approachable bloke who loves biblical movies. Yes, he really does. But Davis doesn’t describe himself as a follower of any faith flowing from the Bible’s pages. His interest in figures, stories and teachings from the Bible had been, at best, distant and muted … before the screenplay for Mary Magdalene arrived.

“When I read this, I really connected in to Jesus and Mary. I thought, ‘Wow’, this version really connects with me. So that’s a new thing for me.”

“The one common thing that has no boundaries is love.” – Garth Davis

Co-written by Helen Edmundson and Philippa Goslett and opening at cinemas on March 22, Mary Magdalene wasn’t created to be faithful to Christian Scripture. While it draws on the New Testament’s Gospel of Mark, its biggest inspiration is the lesser-known Gospel of Mary. Not part of the Bible, the Gospel of Mary is dated to the 2nd century and describes Mary teaching Jesus’ disciples after his resurrection. While Mary is not named in the text as Mary Magdalene, scholarly consensus leans in that direction (given her proximity to Jesus Christ, especially at his death and resurrection). A few ancient copies of Mary’s gospel have been found – the key one dates to the 5th century – yet a complete version cannot be formed, due to missing segments.

Having come to international fame in 2016 with acclaimed adoption drama Lion, Davis identified powerfully with Mary Magdalene’s portrait of unconditional love. What made sense to Davis was how the screenwriters presented Christian themes of love, forgiveness, peace and the kingdom of God championed by Jesus.

“I made Mary Magdalene because I believe that unconditional love is a very special thing and I think it will make the world a better place,” said Davis earnestly. “I’m really fascinated by it.”

“The one common thing that has no boundaries is love. Doesn’t matter where you go or what language you speak, I do believe we all have the capacity to love.”

Davis has said that he wanted Mary Magdalene to take “people back to the core message of Jesus” and on-screen that comes across as finding the kingdom of God within ourselves – that we all have the ability to tap into this supernatural force and be better versions of ourselves. There’s no mention of God’s unconditional love being channelled through relationship with Jesus, nor is human sin, repentance, or seeking forgiveness articulated as crucial in Mary Magdalene. Given Davis read the gospels, was he struck by how Jesus outlines that the kingdom of God and its love is more anchored in Jesus than is being suggested by Mary Magdalene?

Mary Magdalene stars Rooney Mara as the 1st-century woman who followed Jesus (Luke 8:1-3), witnessed his crucifixion (John 19:25) and was the first person recorded as seeing him after his resurrection (John 20:16). Little detail about her is provided by the four gospels (or elsewhere) and the subsequent centuries haven’t been kind to Mary’s reputation. She has been branded a prostitute and rumoured to be Jesus’s lover, although in 2016, Pope Francis officially declared an annual feast day to commemorate her as “Apostle to the apostles” (a title linked to Jesus sending Mary to address the disciples, as recorded in John 20:17).

Davis’ drama imagines how Mary becomes enmeshed in the spiritual movement led by Jesus (Joaquin Phoenix). She is upheld as a quiet revolutionary, challenging gender abuse and inequality, as well as showing greater theological insight than Jesus’s male disciples. In our times of #MeToo protests and activism against male abuses of women, Mary Magdalene lands as a provocative blast out of the past. “I thought Mary was instigating it. It was quite weird,” joked Davis about #MeToo emerging during Mary Magdalene‘s production.

Controversy is instantaneous whenever filmmakers tackle biblical subjects without intending to be faithful to them. But Davis didn’t feel that was the case for him: “I think it is more controversial that her story hasn’t been told. I’ve got a lot of questions for other people, like ‘Why haven’t you told this story before? Here is the most remarkable person and the relationship she had with Jesus seemed to be very, very special.’”

Like the screenwriters, Davis also read and researched about Mary Magdalene. He even went to Israel and tried to retrace her steps. He spoke with “all the experts – archaeological and theologians; 1st-century experts and rabbis” and was struck by how they all had different ideas about Mary. “They all believe that their way is the right way. There are all these ideas and arguments, and a lot of it isn’t based on any evidence or only little bits of evidence. But the one thing they all had in common is that Mary should be acknowledged as an apostle; they all believed that.” I asked Davis about what Protestant or Catholic Christian experts had to say but he didn’t seem to specifically remember speaking with any.

If everyone the Mary Magdalene team approached had a different take, how accurate do they think their version of Mary Magdalene is? “Well, I’m not really the best person to talk about that. Probably the writers are. The source materials we got were, basically, the Gospel of Mark and the Gospel of Mary. That’s what our version [of her life story] is drawing on.” But Davis is quietly confident that, across the four gospels, Mary is “mentioned more than any other apostle and she was present in more things than the other apostles – the key things.” Such emphasis evidently inspired Davis to bring a story about her to the screen, but I question whether that assessment is accurate.

What about the disciple Peter, for example? While Mary was at Jesus’ death and resurrection, Peter witnessed his transfiguration (Mark 9:2-13), Last Supper (Mark 14:12-26), arrest (Mark 14:32-52), trial (Mark 14:53-72), resurrection (Mark 16:14-16) and ascension (Acts 1:6-11). Davis responded: “Yeah, but, from the research I heard, Mary is mentioned the most at those key moments. Peter is obviously a very significant apostle/disciple but there must have been a very deep relationship [between Mary and Jesus]. And to be at all of those key events and being a witness and part of the resurrection, she was very close.”

As I watched Mary Magdalene, I felt Mary was so close to Jesus that she seemed to be teaching him how to be Jesus. He also seemed to rely on her support and ability to proclaim the kingdom of God. Davis politely disagreed with my assessment and also believed his drama didn’t go so far in giving Mary a voice that it silenced Jesus.

“No, I think Jesus always understood what [the kingdom of God] was, but you have to discover it; you can’t be told what it is to be spiritually enlightened. I think that it was through their relationship that they achieved something special together.”

Davis endorsed his version of Mary as the most spiritually engaged of Jesus’s closest followers. But what about Davis himself? Having spent so much time with Mary, did Davis’ own impression change of the one whom she followed? “I was profoundly moved by Jesus’ message in these gospels and in this telling, so I start to question … I’m very curious to understand how his message has been interpreted into organised religion.”

The biblical epics bound for the big screen in 2018

Jesus would roll in his grave this Christmas

Jesus would roll in his grave this Christmas

In an age of online outcry, it’s time to consider Jesus’ relationship with Mary

5 things you may not know about Jesus

5 things you may not know about Jesus

Believer or sceptic, we think we know the story, but here are some surprises.

The church should be sorry for what we tell women about the Old Testament: scholar

The church should be sorry for what we tell women about the Old Testament: scholar

Unique historic book has ended up down under

No room in the inn for a manger

No room in the inn for a manger

Where exactly did baby Jesus lie?

The much-anticipated Australian Blessing video has just been released. And here at Eternity, we think…

Texts from your social media friends in Bethlehem

Texts from your social media friends in Bethlehem

Walking through Wales, an act of gratitude

Walking through Wales, an act of gratitude

The Hollywood act of the apostle

The Hollywood act of the apostle

From world-famous letters to a cinema near you

Christmas for kids, with a bit of anarchy thrown in

Christmas for kids, with a bit of anarchy thrown in

A new picture book about the radical reality of Jesus’ birth