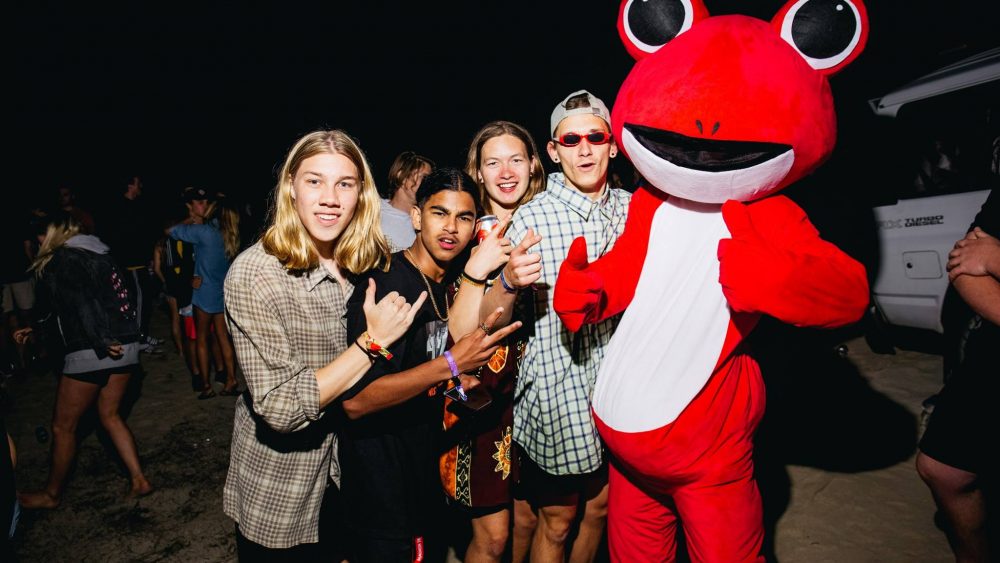 When Schoolies let loose, these vollies mop up

For 20 years, Red Frogs have been making sure that Schoolies revellers get home safe

Pick a night during Schoolies on the Gold Coast and there will be hundreds of teenagers drunk, high or possibly both stranded on the beach or in a club. They’ve forgotten what hotel they’re staying at. Or they’ve lost a friend who went to the bathroom and didn’t come back.

It’s what the Red Frogs crew are expecting. In an initiative of Brisbane’s Citipointe Church, teams of volunteers have been at Schoolies for 20 years this year. They know the ropes and the scrapes teenagers find themselves in when they’re letting loose on their own. The Red Frogs’ 24-hour hotline fields more than 10,000 calls during the three-week Schoolies period.

CELEBRATING 20 YEARS | “Thank you guys so much for being the best people I’ve met in my life (and I’m not just saying it) one crew of yours saved my life literally and helped me find hope. These guys have inspired me to become a better person and make me want to be a Red Frog, hopefully it can happen.” – Schoolie, 2013. #20yearsofthefrog #safeguardingageneration #spreadinghope #testimony #redfrogsau

“The number one request is for the pancakes,” says Andy Gourley, the founder of Red Frogs. Red Frogs volunteers visit Gold Coast hotels and serve up pancakes to Schoolies in their hotel rooms, after big nights.

“The number one request is for the pancakes.” – Andy Gourley

“Most other calls are people calling to ask for someone to walk them home because they’re not feeling well or just feeling a bit low. Lots of them just ring up to chat when they get a bit bored,” says Andy.

“We’ll actually get a lot of parents calling up, too. They ring the hotline to let us know what hotel their kid is staying at, to see if we can visit and see if they’re OK.”

The Australian high-school tradition of Schoolies is every parent’s worst nightmare. A week-long, no-parents-allowed holiday following final exams, which attracts up to 20,000 students, has become synonymous with wild, drunken parties and stories of stoned teens falling from hotel balconies.

“Parents are so stoked to learn that we’re there,” says Andy. Some Red Frogs volunteers stay in the popular Schoolies hotels, so they can be right on the frontline and able to assist as soon as things go wrong.

“Some kids are drinking for the first time and they can get a bit sick.” – Andy Gourley

The traditional Schoolies location is the Gold Coast, though parties are spreading to Bali, Fiji and Vanuatu. Where there are Schoolies, you’ll find at least some of the 1500 Red Frogs volunteers walking the party-people home, cleaning their hotel rooms, cooking them carb-loaded pancakes after big nights and handing out Allen’s Red Frogs (donated by Allen’s themselves).

More than seven tonnes of Allen’s Red Frogs are given away every year at Schoolies. The tradition began in 1997 when Gourley took Red Frogs as an “icebreaker” for when he arrived at Schoolies parties. He recognised the opportunity to offer pastoral support and practical help to teens who can get into some tricky situations.

“We’re there when they’re most vulnerable, holding their heads over toilet bowls.” – Andy Gourley

“Some kids are drinking for the first time and they can get a bit sick. We’ve got people from Red Frogs working with ambulance services during Schoolies. They’re like the eyes and ears for the ambos. It’s the right time-right place moments that I find really incredible. Being right there in the hotels with [the Schoolies] means things don’t escalate to something that’s really serious. We can make a call to the paramedics for them to come and assess them right away,” says Andy.

Twenty years on, the volunteers are still  sacrificing “their sleep, their sanity, and a few Red Frogs all in the name of making Schoolies the safest party of the year,” according to the Red Frogs website.

“We’re there when they’re most vulnerable, holding their heads over toilet bowls – not putting them down, but you’re there to try and direct them into a better lifestyle that’s a bit less destructive,” says Andy.

“We want to show people that there’s more to life than partying.”- Isaac Peltz

Red Frogs aren’t the only ones ministering to the revellers this year. Youth For Christ has “Schoolies for Jesus” teams of volunteers with colourful placards and guitars roaming the streets of Surfers Paradise, too.

Isaac Peltz is one of them. He told Eternity that the groups meet for “prayer and worship, and then we head out together to evangelise, sing worship and quite honestly, just have friendships with the teenagers here.”

“We want to show people that there’s more to life than partying and all the things that go with it. We want to know God and make him known … so we’re doing it in the best way we can; by being loving and kind and caring about the people who are here,” Issac told Eternity.

Here’s a clip of Isaac and his group breaking out into worship on a Surfer’s Paradise street:

This soccer club has a whole church on side

This soccer club has a whole church on side

Coolum Beach Baptist is kicking goals with its innovative outreach

I accidentally ended up in Byron Bay over schoolies. Not the best timing. It was… 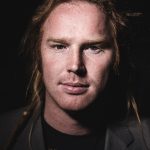 In one day as the chaplain at Bankstown Sports Club, in Sydney’s south west, Shane…