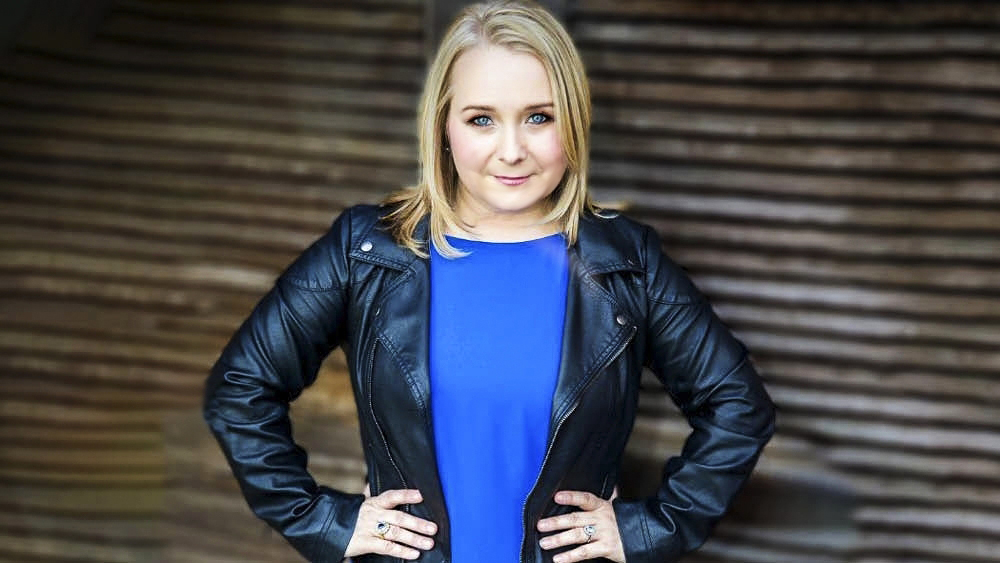 It’s Thursday night and you’re on the couch, flicking through the social media feed. You come across a perfect picture: a group of your friends having the time of their lives – without you.

The temptation is to post a competing photo, showing just how much fun you are having without your friends – to mask the pain you feel with another polished image of your “wonderful” life.

This is an example of the powerful “spin cycle” that dominates our social-media-manufactured lives, according to writer and social media entrepreneur Susan Sohn.

“We end up comparing our lowlights to people’s highlights reel.” – Susan Sohn

“It’s almost like this one-upmanship, and it’s so unhealthy,” Sohn tells Eternity.

“We end up comparing our lowlights to people’s highlights reel. By that I mean we look at social media and we see all the filtered photos – you know, 67 photos have been taken to get this one perfect photo that we actually end up posting.

“Then we tend to spin [by hiding] our pain and truth. We have this idea that everything has to be okay, and we avoid pain at every cost for fear of judgment or our own fear. So instead of actually facing things, we throw it in the spin cycle and let it spin.”

Sohn – a member of Darlene Zschech’s Hope UC church – began blogging in 2005, and over the years became increasingly disturbed by late-night social media conversations between people who were “crumbling under falseness and frustration”. She started discussing this “fakery” among friends, and writes: “The more real I was, the more real everyone else was. It was like we gave each other permission to be vulnerable.”

As someone who is not afraid to be brutally honest (she describes herself as the woman who says what everyone else is thinking, as well as “an early adopter of the authenticity wave”), Sohn decided to write a book encouraging women to unearth their real lives. And this is precisely what she sets out to do in the newly released True You: Finding Beauty in Authenticity.

For the book, Sohn interviewed more than 200 women about the challenges they face. After putting out a call on social media for willing interviewees, she was flooded with responses.

“We’ve had enough of being told to be a certain way.” – Susan Sohn

“I was humbled at the ways people trusted me with their stories. I couldn’t believe how ready and willing they were to share.”

She surmises: “We’ve had enough of being told to be a certain way, or being told to shine up or sweep it under the carpet. We can’t do that anymore and nobody wants to.”

Along with the traps of social media, the book also addresses the current epidemic of loneliness; the need to face lies, pain and fear; and a whole chapter is devoted to porn addiction, a topic that Sohn says “we’re all dancing around but is very prevalent in our lives”. (She has also tackled the issue in-depth through a new website called the Ministry of Sex). True to her authenticity mandate, Sohn also shares about her own life – including her marriage challenges, multiple miscarriages and the sudden death of her father. At the end of every chapter, contemplative spiritual exercises encourage readers to “go within”, to examine the reality of their lives and connect with God.

These practices – based on those of the Desert Fathers in the 3rd century AD and endorsed by popular author and Franciscan friar Richard Rohr – transformed Sohn’s own life. She has been using them in a Christian community she started with her husband Philip, called The Gathering Cloud, and with participants at GetRealLive Retreats – another arm of her eclectic enterprise (which also incorporates social media, online radio and podcasts).

In True You, Sohn divulges some of the lessons she has learnt from contemplative practices about the importance of solitude, introspection and how to find true self-worth. Throughout the book, she really does seem invested in helping others achieve the same kind of change, and devotes many words to cheering on and assuring readers that their true self is “more than enough”.

It’s a formula that seems to have worked, as Sohn says the overwhelming response to the book so far has been “thank you for finally making it okay for me not be be okay. Thank you for creating a path and a compass to conversations … Thank you for braving the truth.”

Somewhat ironically, in writing the book as a social media expert, Sohn may be at risk of doing herself out of a job.

“To be honest, I’m using social media much less, personally, and intentionally disconnecting. I went through and ruthlessly unfollowed both people and things that weren’t feeding me,” she reveals, likening this culling system to that endorsed by home-organisation guru Marie Kondo.

“I realised that some things and people I was following weren’t sparking joy; they were actually causing angst. So I just ditched a whole bunch.”

Sohn adds, laughing, “I’ve probably been ditched by a lot of people too and that’s okay.”

… alongside an image of a perfectly plated dish, she shows the messy kitchen bench or a photo of her laundry pile.

She is also pushing back with #realitygram101 posts, where alongside an image of a perfectly plated dish, she shows the messy kitchen bench or a photo of her laundry pile.

Sohn notes that these types of “keeping-it-real” expressions, along with authentic conversations, are just as necessary in Christian circles as in the wider world.

“In some respects, I think we have preached a message that it’s all gonna be okay, but people die from cancer, people get hurt, people have pain …

“I think we have this idea that our life is supposed to be perfect, but God doesn’t promise that … In fact, we’ve been told that it’s not going to be easy.

“[The Bible says] ‘cast your cares upon the Lord’ – that’s an indicator that we’re going to have some challenges. But it doesn’t mean to sweep them under the carpet and hope that they’re going to go away.”

“Turn to the light, naked and unashamed.” – Susan Sohn

The anecdote, according to Sohn, is to make churches a space where “we’re okay with not being okay”. And the way to do this is to lead by example – by “opening up ourselves just a little bit more each day or each conversation, which gives people permission [to be honest].”

As a mother of three, Sohn argues that authentic living is particularly important in setting an example for the next generation (some of whom define their worth by the number of likes they get on Snapchat). Highlighting the importance of mentors in her own life, Sohn says, “Our girls and our boys need our wisdom, they need our truth, they need to know that it’s going to be okay, that they will make it, and they’ll know that through our stories. And these stories are riddled with pain, sadness, devastation, and they’re seasoned with joy.”

She continues, “Being perfect – I don’t think that’s attractive because it’s not real … As women moving into our 50s, we no longer look at our girlfriends’ sizes or what they are wearing. We look at them and go, ‘she beat cancer, she came through a horrific relationship, she lost a child.’ We stand alongside our fellow warriors and we link arms and we (I say this in my book a lot) ‘turn to the light, naked and unashamed’.

“That’s what I want my kids to see. I want them to see me doing that – living strong and vulnerable.”

True You: Finding Beauty in Authenticity

Who would Jesus take a selfie with?

Who would Jesus take a selfie with?