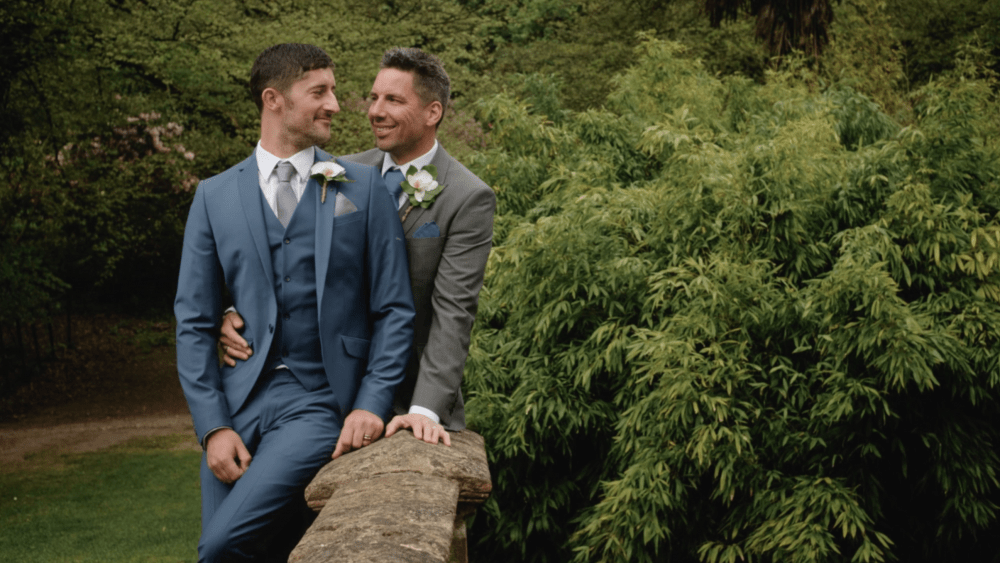 Same-sex marriage ‘on a knife edge’

Newly formed Coalition for Marriage gears up for fight

The newly formed Coalition for Marriage (C4M) is confident that it can turn majority support for same-sex marriage into a majority against by running an education campaign in advance of the postal plebiscite.

Spokesman Michael Stead acknowledges that the “No” campaign is the underdog in the debate at the moment but attributes this to a lack of informed counter-arguments in mainstream media.

“Right now, if Australia made the decision with no information, it would probably end up being a 55-45 split, or something like that, in favour of same-sex marriage,” says Stead, who is Anglican Bishop of South Sydney.

“So, yes, we’ve got to make the case, but it’s not the lay-down misère that some people have been suggesting. It’s a much more closely balanced argument.”

He believes that when people make an informed decision rather than an uninformed one, the outcome is on a knife edge.

“So, yes, I think we probably are the underdogs right at the moment, but I don’t think we’re a hopeless case.”

Stead is Archbishop Glenn Davies’ representative in C4M, a new umbrella group of faith and community groups formed to run media and grassroots campaigns in different communities over the coming weeks.

C4M is led by the Australian Christian Lobby, Marriage Alliance, the Catholic Archdiocese of Sydney and the Anglican Diocese of Sydney and embraces more than 80 groups that had been in an informal coalition for about a year. Stead explained that the group decided to come together as a corporate entity to coordinate the fundraising of an education campaign in advance of the postal plebiscite.

“First of all, we want to encourage everyone to register to vote … so that they can participate in this vote. Thereafter our job is going to be to encourage people to vote and to help them do that in an informed way, so we want to educate all of Australia about what some of the consequences of changing marriage might be and really campaigning for keeping marriage the way that it is.”

“Our research indicates that when people are fully informed, a majority of people are not in favour of same-sex marriage.” – Michael Stead

While Stead will be encouraging discussions in Anglican churches, other people will be tapping into networks in the Muslim, Jewish and Catholic communities.

“The research that we’ve done has indicated that there’s still a very large percentage of people who firstly haven’t made up their mind on this issue and secondly haven’t really heard the case for and against,” Stead tells Eternity.

According to internal research conducted over the past two years that he declines to specify, people who begin as undecided tend to change their vote to “No” after hearing counter arguments.

“Our research indicates that when people are fully informed, a majority of people are not in favour of same-sex marriage,” he says, while declining to give a figure.

C4M argues that the argument is not really about marriage equality because same-sex couples have had legal equality with de facto couples since 2008.  While he can understand the mindset of marriage equality advocates, he hasn’t yet heard a compelling case for redefining marriage.

“I’m not against their relationships. I’m just saying that they shouldn’t be termed as marriage.” Michael Stead

“I’m on the record as being in favour of a national register of civil unions so if there is some legal deficit to what’s currently provided under the amendments made in 2008 then I’m all for changing the laws so there’s a national way of recognising those relationships.

“I’m not against their relationships. I’m just saying that they shouldn’t be termed as marriage because marriage is more than just a loving relationship between two people; marriage actually entails the right to found a family and therefore we’ve got to ask questions about the rights of children. I’m trying to recognise and respect gay and lesbian relationships for what they are – relationships which are biologically incapable of producing children – and to treat them as if they are the same as man and woman relationships is an injustice to them. I’m not in favour of discriminating against them and I understand the people in the LGBTI community who feel that it is an issue of human rights, but I disagree that changing the Marriage Act is the best way to recognise their rights.”

While Stead believes the “No” campaign can win, and is determined to give it “a good shot”, C4M is also campaigning for better protection of religious freedoms if the campaign fails.

“We certainly hope to highlight the implications and consequences of changing marriage so that there could be proper protections put in place around religious freedom … So even if we’re not successful we’re certainly hopeful that any proposal for same-sex marriage going forward would be better than the ones on the table at the moment.”

At present a church school or a church aid agency that wants to maintain that traditional definition of marriage on religious grounds would not be protected.

“We’ve seen in the UK that schools are being pressured to comply with equality legislation and if you don’t teach children that same-sex marriage is marriage then you can have your registration denied,” he says.

“They’re the kind of things that are not protected and we want to alert people to that consequence.”

Read the Bill for yourself

Some small churches are meeting together again – but it ain't easy

Some small churches are meeting together again – but it ain't easy

Plus, Megan and Michael discuss ‘The West Wing’ and idealism in politics

A Christian’s guide to online politics and polarisation