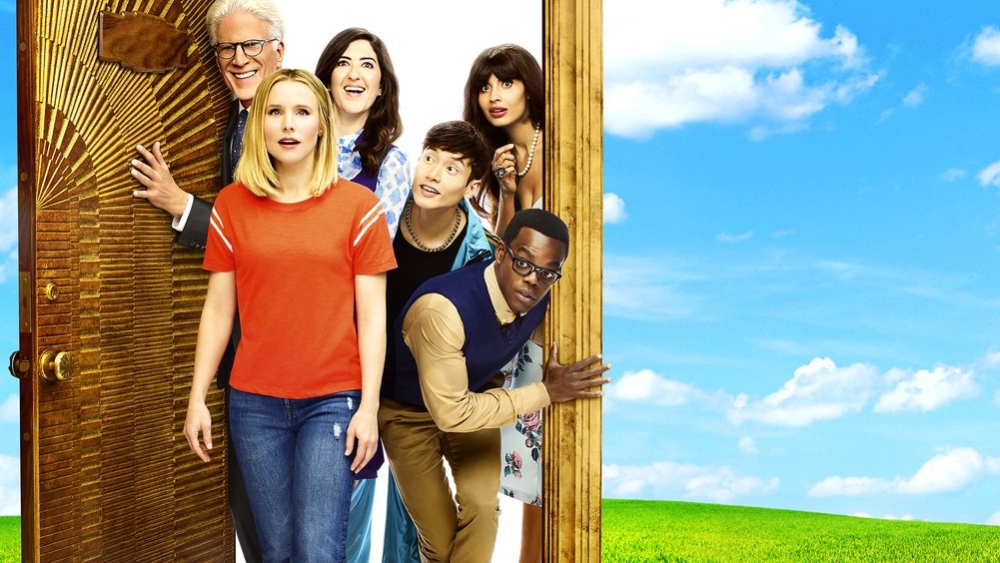 Life after The Good Place on Netflix

Spoiler alert: Season three confuses about where to next

If you’re looking for a TV show to binge on this summer, look no further than The Good Place on Netflix. The show is funny, witty and lighthearted but dares to go where few in pop culture have gone before: Hell. Literally. Set predominantly in the afterlife, The Good Place tackles the meaning of life, what it is to be a “good person”, and how to get into “The Good Place”.

Season one of this Netflix original comedy was released in 2016 and the critically acclaimed, highly popular show is even said to have made philosophy sexy again (Personally, I believe philosophy always has been sexy). More than such accolades, the reason to visit The Good Place is how it challenges your own understanding of where we go after we die – and what we have to do to get in.

Yes, that’s a bleak conclusion for a philosophy enthusiast.

The show follows four humans – Jason, Eleanor, Chidi and Tahani. They all died young and end up in “The Good Place”. For different reasons, each of them comes to hate being there. According to the show, entrance into The Good Place is dependent on a point system that weighs up the good and bad you did during your life. If you score over a certain number, you are allowed entry into the afterlife’s Good Place.

Played by Kristen Bell, main character Eleanor recognises early on that she doesn’t deserve to be in The Good Place. She begins the journey to become a good person with her supposed soul mate Chidi – who was a philosopher and teacher. But – spoiler alert! spoiler alert! – Eleanor comes to realise they are actually in “The Bad Place”. Introduced as the leader of The Good Place community, Michael (Ted Danson) actually turns out to be a demon who came up with the concept as an innovative way for demons to torture humans.

All four humans have failed to live lives that get them access into the real Good Place, even though one was an esteemed philosopher and an another was a notorious philanthropist. Such a stark realisation prompts them to ask the obvious question: “if these people didn’t get into The Good Place, how do you get in?”

Jump to season three and the reality of the point system during human life begins to expose itself as faulty.

In a philosophy class on earth, Chidi publicly breaks down and unpacks the problem humanity faces. He lists the three main schools of ethical thought: Virtue ethics, the idea that it is the character of the person, and their intention, that dictates whether an action is ethical or not; Deontology, that there are a set of rules and each action has inherit rightness or wrongness regardless of the intent or outcome; and Consequentialism, that it is the outcome of the action that matters; if the outcome is good for the wider population, then it is an ethical action.

But Chidi then summarises that actually none of that matters and the show’s main quartet are still going to The Bad Place. Yes, that’s a bleak conclusion for a philosophy enthusiast.

Enter the character of Doug Forcett (Michael McKean), the only human who has correctly guessed what the afterlife is. As a result, he is trying to live a perfect life to get enough points to enter The Good Place.

You might expect Doug to be an extraordinary, compassionate and happy person. But he turns out to be kind of pathetic, sniffling and miserable, constantly paranoid and bending to the will of others with the desire to make them happy. Doug gives his shoe away because a child says it would make him happy; he mourns the life of a snail, and panics after forgetting to offer guests a drink ten minutes into their arrival. He has become a “happiness pump”, someone mindlessly doing things to make others happy at his own expense. Doug has no conviction about each action besides a fear of The Bad Place, and the desire to earn enough points to enter The Good Place.

Doug is living the perfect Consequentialist life. But soon we are tipped off by a demon that Doug will not be entering The Good Place. Why? He faces the same problem as Tahani, one of the four main characters – all the good he did in his life was for self-gain.

At this point in The Good Place‘s third season, Michael admits he has felt for a while that there is an issue with the point system of getting into The Good Place. And if Doug is living to make others happy but still won’t be entering heaven, the conclusion must be that consequentialism is not the correct ethical system.

On points about how well we have lived our lives, we all will end up in The Bad Place.

I am interested to see how the writers of The Good Place will untangle this. From the show’s outset, they have identified a problem all humans have faced since the beginning of creation: what happens after we die? But how will they next seek to resolve it? Will they introduce another system of entrance into areas of the afterlife, such as an alternate point system based on Deontology or Virtue Ethics?

If they do go that way, Chidi’s already done a pretty good job of shooting down such paths. As Chidi noted, there seems to be no system in which someone can gain enough points to beat the system of the afterlife. On points about how well we have lived our lives, we all will end up in The Bad Place.

With all its talk about the next life, The Good Place raises the issue of religion without trumpeting any one in particular. But is it actually presenting one of our world’s belief systems – or has The Good Place created an entirely new, totally disheartening religion of its own? I think its more of the latter, although the points system of The Good Place reminds me of Islam, where you get to go to a good place if two recording angels (named Raqib and Atid) score you right. One writes down your good deeds in this life and the other writes down the bad stuff. These angels get to tell God about you at the Day of Judgment. The Good Place creates a more mathematical version of Islam.

Or maybe its giving karma and Buddhism a nod, that your good deeds in one life determine your status in reincarnation. But how can we ever really know if we are doing enough? Won’t we be deeply concerned with getting enough points to enter the good place, while also worrying about having pure motivation for those good deeds?

With so much talk and thought about spiritual points and existential angst, let’s bring in Jesus, the epicentre of the Christian faith. How does he fit with The Good Place?

Jesus says you or I or Eleanor or anyone else won’t be able to ever earn enough points to get into “The Good Place” – and we don’t have to. The divine man Jesus destroyed any point system. Instead, he “earned “those points and can take the debt of sin from you and me.

Just take a quick look at Romans 5: 8 (“God shows his love for us in that while we were still sinners, Christ died for us.”) or 2 Corinthians 5:21 (“For our sake he made him to be sin who knew no sin, so that in him we might become the righteousness of God.”) to get the idea of how Jesus smashed the scoreboard of sin.

The one who “takes away the sin of the world” (John 1:29) is the one who offers his own perfect, sinless status with God to anyone who believes in his power to overcome our imperfect, sinful state.

Trusting Jesus is the only one able to do that is the assured path to eternal life (John 17:3). A certain afterlife, unlike the uncertain future The Good Place presents by returning to the problematic philosophy that you or I might somehow be able to not do the wrong thing – so we might possibly get into the right area beyond the grave.

I hope someone tells Eleanor, Jason, Tahani and Chidi.

What happens after we die and lessons from The Good Place

Get ready for more Almighty on our screens

Are you going to The Good Place?