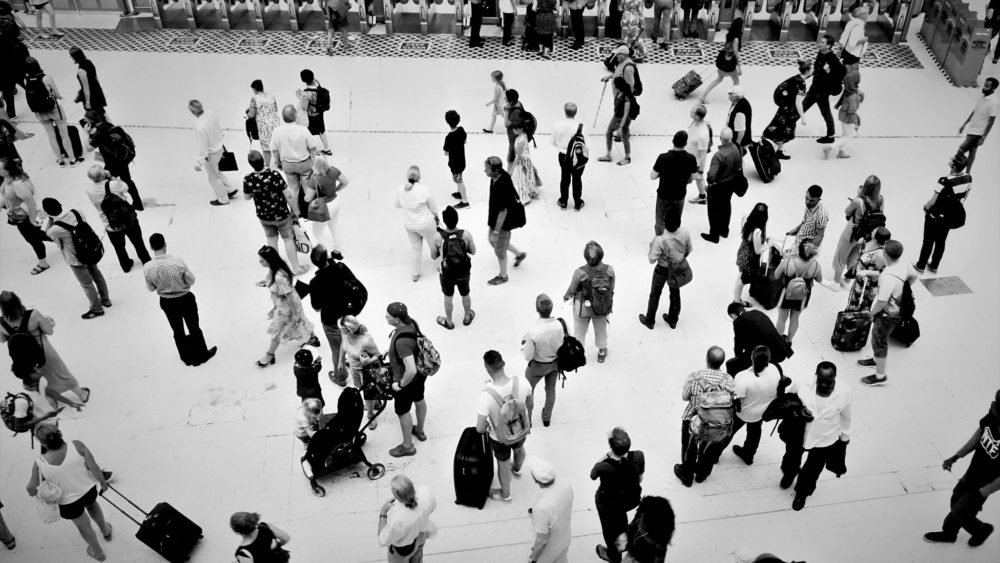 The forces that we’ve always assumed hold us together as societies are all weakening, says Tim Dixon

Churches can play an important role in transcending the polarisation of Western societies because of their distinctive belief in forgiveness and grace, according to Tim Dixon, co-founder of More In Common, an international initiative to build stronger and more united communities.

The Australian-born, London-based economist and former adviser to two Australian prime ministers is visiting Australia to offer a vision of how we might reunite increasingly fragmented societies at this year’s Richard Johnson lectures organised by the Centre for Public Christianity.

Tim Dixon will give the Richard Johnson lectures on March 12 and 13.

Dixon bases his insights on extensive research into the drivers of polarisation and social division, including last year’s Hidden Tribes of America, a study into the forces driving political polarisation and tribalism in the United States.

Speaking to Eternity this week ahead of next week’s talks, Dixon said the forces that are driving people apart are getting stronger. This trend is variously attributed to social media, populism, inequality, the changing split between cities versus the peripheral areas and cultural change.

“There’s a lot that you can attribute it to, but if you think of all of those forces, they are all going to get stronger and the forces that we’ve always assumed hold us together as societies – which are shared experiences, shared community, shared values, etc – those forces are all weakening.”

The forces that we’ve always assumed hold us together as societies … are all weakening.” – Tim Dixon

Dixon said More In Common was created in 2017 by a team of “social movement builders” who were worried by these “dangerous” trends and hoped to find ways of reversing them.

“We’re quite convinced that it’s a very dangerous thing to assume that, just because in the last 100-plus years most Western societies managed to hold themselves together, that that’s always going to be the case. That’s to ignore the lessons of history. In most of history, actually, societies have struggled to hold themselves together for sustained periods of time and our view is that we’ve entered a period like that where it’s going to be hard work.”

“Our view is that we’ve entered a period like that where it’s going to be hard work.” – Tim Dixon

He believes the church’s role is important because there are fewer and fewer institutions connecting people across the lines of difference, such as rich and poor, racial differences, educated and less educated, city and periphery.

“Sometimes, obviously, churches are a mirror of the divisions within their societies and can reflect the tribalism, and other times they can transcend those,” he says.

“I think that it’s where you get models of people who apparently should be in conflict with each other but actually aren’t and are able to get along well – which most people do when they actually get to know someone who’s different from them, but it’s not happening in their lives all that much.

“These models are really important, so churches become a really important part of that because what church has which is distinctive is also a value set and a story, and the tone is important – belief in forgiveness, belief in grace, a unifying sense of the future, that we’re all here together, with each other forever!”

“The tone is important – belief in forgiveness, belief in grace, a unifying sense of the future, that we’re all here together, with each other forever!” – Tim Dixon

Dixon acknowledges that the effect of Christians on their surrounding culture varies from country to country. For example, the Hidden Tribes report reveals how political operatives in the US have shaped the evangelical identity into a conservative political identity, which has contributed to damaging divisions in the country.

“So it’s a complex picture – religion can be a force of division, but it can be a force that holds societies together; but there’s a lot of evidence that the communities that are managing change more effectively than others are communities with strong civil social institutions, and a very important part of that is strong faith institutions from churches,” he says.

Dixon says he was inspired to try to reach across the political divide by the murder of British Labour MP Jo Cox three years ago.

“I have worked for much of my life on the centre-left of politics; I was an adviser for two Labor prime ministers [in Australia]. Having said that, one of my closest friends is a Liberal member of parliament and so I’ve always had good relationships with people across the divide. I’ve never been a deeply partisan or tribal type of person,” he explains.

“I was friends with Jo Cox, the Labour MP in Britain who was killed by a far-right extremist in her constituency back in 2016. I was working on these issues at the time. Jo was very well regarded by conservatives and Labour people alike in parliament, but when she was killed I realised that something different was happening than just a partisan fight.

“I realised that something different was happening than just a partisan fight.” – Tim Dixon

“Jo wasn’t even that prominent as an MP – she’d only been there for a year – and I saw also in the days after her death, how tribe didn’t matter to the people in parliament. The Prime Minister was extremely generous and open – all of those political differences dissolved in a really wonderful way, a really genuine way. And I saw also how the debates tribalised then in subsequent weeks, with Brexit, etc, and that’s been going on since.”

After that experience, he watched the 2016 election in the United States and realised that there was something bigger at stake than people’s political identity – the protection of Western democracy and freedom.

“So I have gone in something of a different direction. I still have all my friends, networks, relationships, from the world of politics I have been engaged with, but I’m hiring conservatives and working with conservatives because I think there’s a shared concern across the political divisions about the way in which this tribalism and polarisation threatens our democracy.”

Dixon says a report More In Common is about to release shows how education can drive people apart rather than bring them together.

“The cosmopolitans are a problem; the city-centred nature of this debate is a problem. Insights like we’re going to come out with in a few weeks’ time on attitudes to immigration between the two groups in the United States.

“The cosmopolitans are a problem; the city-centred nature of this debate is a problem.” – Tim Dixon

“What’s happening is on both sides, because of the lack of connection, you’re getting an increasing polarisation partly because people think ‘I’ll make excuses for dishonesty or whatever on my side because these guys are so dangerous, we’ve got to stop them.’

“So we’ve quantified that and we’ve found that there’s a slightly larger amount of misunderstanding on the Republican side than on the liberal side. But the more educated you get, the more inaccurate your perception of conservatives is – I think there’s a message in there that liberal education is driving polarisation and disconnecting people from ordinary people. The heart of what we are working on is trying to highlight this problem of polarisation with trying to learn what the solutions are.”

In this fractured era, Dixon believes we need thoughtful and wise leadership to navigate the differences in our communities because of the complexity in the issues which is not well served by political tribalism “and yet our politics is more tribal than it’s ever been.”

But he is optimistic that there are solutions to the problem.

“Small town renewal in the US transcends national politics so at that level I find optimism and hope in the reality of the experience of people in local communities, but I think the danger that we’re in is because people are getting this message of the extremism of the national debates, the lack of empathy for the other side, the kind of information silos between the two sides, that’s really unhealthy because once you think your country is deeply divided, which is what is happening, you will start behaving in ways that will drive that division further. So what we’re trying to elevate is the story of the exhausted majority, in this case, but more generally around polarisation.”

For more on the Richard Johnson Lectures, visit publicchristianity.org/richard-johnson-lecture/