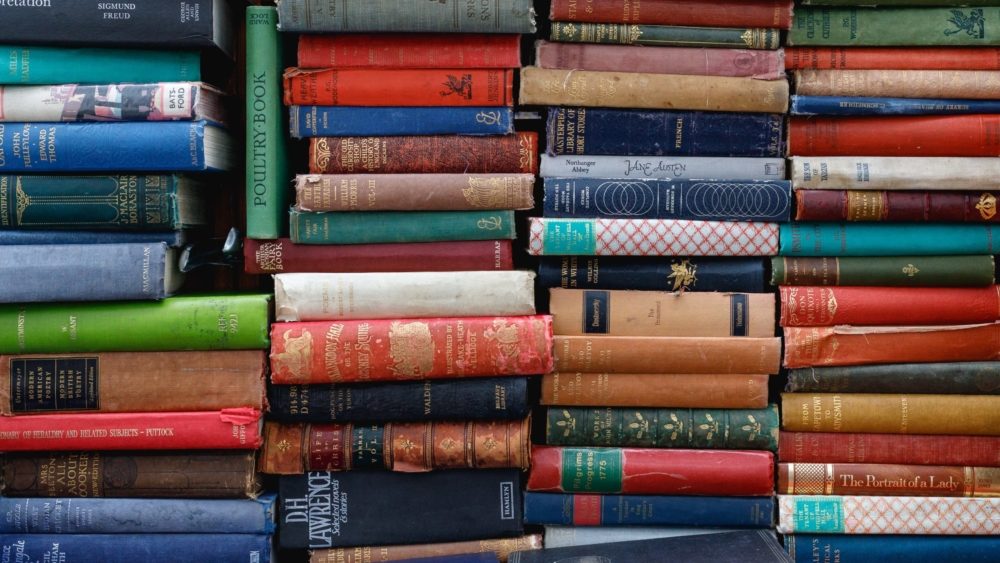 Feel like you spend the year saying “I will have to read that over the summer” and then can’t remember what any of them were when you collapse in a heap after Christmas? We get it. This article is your one-stop-shop for the books we’ve been writing about lately.

Anna’s the Aussie actress who wins hearts wherever she goes and 2019 was her debut year as an author.

McGahan says that in Metanoia she “follows her body’s journey from the idea of [being] a marketplace – that is bought and sold, is merchandise, is used, or dominated or enslaved or injured, for the sake of others’ gain – to transforming into a sanctuary or temple, and other incarnations like a hearth or tent or bride. From having no worth, to being of extraordinary, priceless value.”

Read and watch more about the striking debut and McGahan here, or dip your literary toe in its waters with this excerpt.

A lot with a little by Tim Costello

Described as “the Long Awaited Memoir of Australia’s Favourite Activist and Man of the People”, A lot with a little traces Costello’s career back to the roots of his childhood. The result is a fascinating insight into the man who made World Vision a household name in Australia as its CEO.

Costello retired from World Vision in June and has since taken up a role as Senior Fellow at the Centre for Public Christianity – among the many other things he also does (such as running Micah Australia and fighting the big money behind poker machines). Discover the man behind the activist with this summer read.

If you’re at all interested in Christian history, the Australian Church or the personality quirks of denominations, then these books are your summer reads.

The Fountain of Public Prosperity was released in 2018, but took out the 2019 Australian Christian Book of the Year award in August this year.

On accepting the award, Piggin told the audience that we’ve “got our Australian history terribly wrong.”

“We didn’t think we had revivals in Australia, but I found them all over the place,” he said. “Jesus has been everywhere in Australia: in every community there are stories of him everywhere.”

Far from a “land of amiable pagans”, Piggin said “Australia is one of the most Christianised countries in the world.”

Attending to the National Soul was launched just this month and is already receiving the same kind of praise as its award-winning predecessor.

Catch author Stuart Piggin in conversation with Megan Powell du Toit and Michael Jensen on Eternity‘s ‘With All Due Respect’ podcast to hear exactly how well he knows his stuff.

Warning, though, you will find yourself suckered in and dying to learn more. Which of course you can, by making one of these books your summer read.

Joel McKerrow is well known and loved in the Christian arts space in Australia – and in the secular spoken word poetry arena globally. He has performed his poems across the world, with his talent earning him spoken word poetry prizes.

Woven, though, was a complete change of pace for the wordsmith who had previously only published his poetry.

McKerrow began questioning and wrestling with his inherited faith when he saw that, as a white middle-class heterosexual male, he read the Scriptures with the bias of someone with power and privilege in the world, not like someone from an oppressed people group.

“I grew up swimming around a certain fishbowl and, just as a fish has no idea about something called dryness, I had no idea about the reality of the world around me.”

McKerrow chronicled his journey through the great unravelling of his inherited faith to the weaving together of his “reconstructed” faith in Woven, which was launched at the Justice Conference in Melbourne on November 15.

“We all do these things in good ways and bad ways and a lot of the book is actually about how to do this journey healthily and well. How do we not throw the baby of faith out with the bathwater of cultural Christianity?”

For the Love of God: How the church is better and worse than you ever imagined by Natasha Moore

In For the Love of God: How the church is better and worse than you ever imagined, the Centre for Public Christianity’s (CPX) Natasha Moore confronts the worst of what Christians have done, and also traces the origins of some of the things we like best about our culture back to the influence of Jesus.

Moore draws on more than 40 interviews conducted across the world for CPX’s film documentary of the same name, from the Spanish Inquisition to Martin Luther King Jr, Florence Nightingale, to the “humility revolution”. The result is an accessible but wide-ranging introduction to the good, the bad, the ugly – and the unexpected – when it comes to the impact Christianity has had on the world we live in.

“We aim to surprise people, to break down caricatures and enlarge imaginations. We seek to be a bridge between the best Christian thinkers and the widest possible audience,” CPX’s Executive Director Simon Smart recently wrote in Eternity.

“We refuse a culture-war mentality, but we do battle against apathy and unexamined assumptions, lazy thinking and the false belief that faith has nothing good to offer our common life. Our team aims to clear away bad arguments against faith and invites people to consider a vision of the world with a God of love at its centre.”

Speaking of the CPX team, Moore – who capably wrangled For the love of God from film to page – also delivered the thoroughly entertaining Anglican Deaconess Ministries’ annual Public Lecture this year, on “The pleasures of pessimism“. It’s another of our recommended summer reads – or you can even watch the video here.

What’s God got to do with the Sydney Writers’ Festival?

What’s God got to do with the Sydney Writers’ Festival?

Michael Jensen on the good news about sex

Take church to the elderly this Christmas

Take church to the elderly this Christmas

Helpful hints on how to involve people on the margins