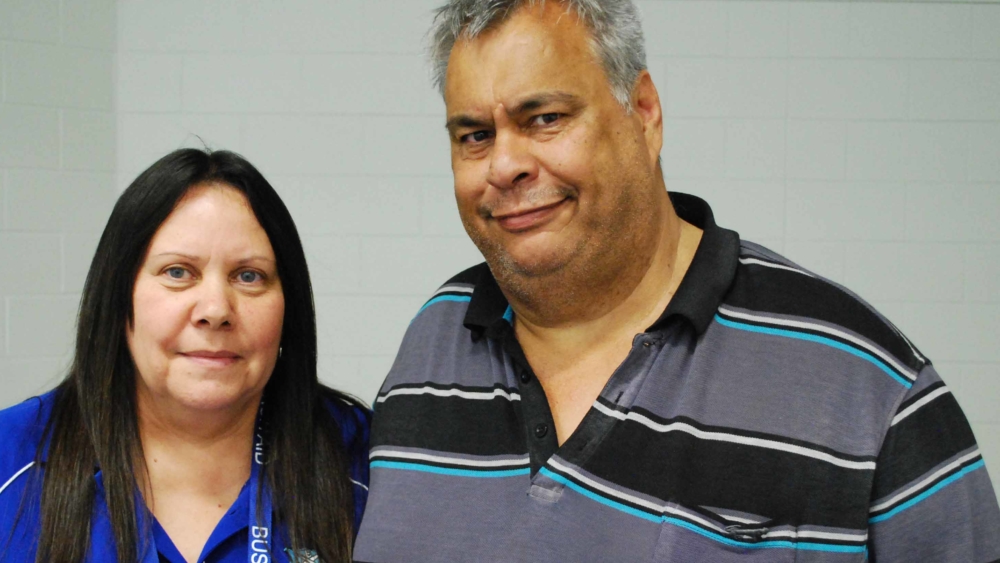 A tribute to the pioneers of a national Aboriginal fellowship

As Indigenous leaders come together in Port Augusta, we look at the controversial history of their fellowship

When a group of visionary Aboriginal leaders started planning a national Christian platform for Indigenous people back in the 1960s, some missionaries and non-Aboriginal leaders condemned them as Black Power supporters, communists and racists.

As Aboriginal leaders from across the country travel to meet together for AEF National Convention in Port Augusta, Eternity draws from a new book chronicling the history of this pioneering evangelical movement and its traumatic birth.

Aboriginal Christians not only had to overcome cultural and geographical barriers to form the Aboriginal Evangelical Fellowship 47 years ago; they also had to defy opposition waged by some of the missionaries, who accused them of wanting to create a form of apartheid.

According to controversial book, A Celebration of God’s Faithfulness, when the leaders from the east and west coasts of Australia met for the first time at Singleton in NSW in 1968, “traditional cultural barriers and boundaries were broken down as these leaders embraced each other in a common bond of Christianity.”

As well as honouring the original founders of the AEF and giving their testimonies, the book also documents the degree of opposition to Aboriginal people back in the 1960s and 1970s.

Ray Roberts, a respected, non-Aboriginal Church of Christ senior missionary, was at the inaugural Singleton meeting. “Some of the missionaries believed this pending movement was ‘a nationalistic move to oust the missionary.’ Other missionaries felt their ministry within the mission was being jeopardised,” he reported.

“The discussions were open and often quite traumatic for some of the participants.” – Maxine Knapp

In a chapter about the struggle to form the AEF, Maxine Knapp, a Christian missionary and an Aboriginal elder of the Noongar people of Western Australia, writes: “However, Roberts believed the time had arrived when God was raising up Aboriginal people to minister to their own people, and that God was calling the Church to add to its missionary responsibility and support this new initiative.

“The discussions were open and often quite traumatic for some of the participants. Nevertheless, they were transparent, and they needed to be, because of the enormity of what these leaders were proposing,” she continues.

“There were a lot of hard feelings and people thought that we were stepping out too soon.” – Ossie Cruse

One of the 12 founders of the AEF, Ossie Cruse, recalls: “You know, under God we saw division and attitudes. Attitudes that were sad attitudes because people thought we were breaking up the Aboriginal fellowship in this country and breaking up the ministry of Aboriginal people,” he recalls.

“We had to pray through that, we had to pray about how to work together with our brethren, for those that had brought the gospel to us in Australia, for the work of the AIM [Aboriginal Inland Mission] and the UAM [United Aborigines Mission]. They really had to see the AEF vision was for Aboriginal people. They really had to see that Aboriginal people were saying, ‘We are ready, ready to lead, ready to take leadership, ready to plant churches. We are ready to do ministry’. There were a lot of hard feelings and people thought that we were stepping out too soon.”

“We were looked on by the established Church as radicals who were going astray.” – Pastor Bill Bird

“Around about that time, the UAM and the AIM were falling apart because they were not actually reaching our people with their concept of an Aboriginal Church. They went against everything we put up and wanted to do, such as Aboriginal Christians being independent.

“Around that time, Aboriginal Christians were asking for independence. The missionary organisations were blocking us because they would not allow Aboriginal leadership in their organisation. There were people and bodies and denominations (non-Indigenous) who wanted to get the kudos for the Aboriginal work.

“We did not want to become a part of a denomination, we wanted our own body. We wanted self-dependence. We were looked on by the established Church as radicals who were going astray. We were regarded as being against the missionary movement. We were not against them – we were for the movement – but we wanted to establish ourselves as inter-denominational.”

After three years of working together, the leaders of AEF from Perth and the AAEF (Australian Aboriginal Evangelical Fellowship) of the eastern states met at Port Augusta, in January 1970, to amalgamate into a national fellowship, called the AEF.

More than 70 Aboriginal Christian delegates and many interested non-Aboriginal church and mission leaders from evangelical missions and denominations throughout Australia attended the historic meeting.

“The incredible thing is the motion was seconded and I became a member on the Federal Council on the very first day. I think wonderful things happened at the council meeting because we united together from all the different areas of ministry in this country. People were there and were coming together. They were coming together in a wonderful way and they were the most beautiful people I have ever had opportunity to know.”

“This book celebrates God’s faithfulness to Aboriginal Christians through the movement of the AEF.” – Neville Naden

This book grew out of a landmark gathering that took place at last year’s AEF National Convention, when a candle ceremony and dinner was held in honour of the founders and their extraordinary determination and commitment to bring the AEF through its many struggles.

“This book celebrates God’s faithfulness to Aboriginal Christians through the movement of the AEF. It also challenges stereotypes regarding the First Nations people of Australia and their Christian faith. The stories in this book show the amazing capacity of Indigenous people for ministry and their willingness to do what God called them to do – regardless of adversity, opposition and hardship.”

The 2017 AEF Convention examines the theme Challenges facing the Indigenous Church in Port Augusta from December 31 to January 7.