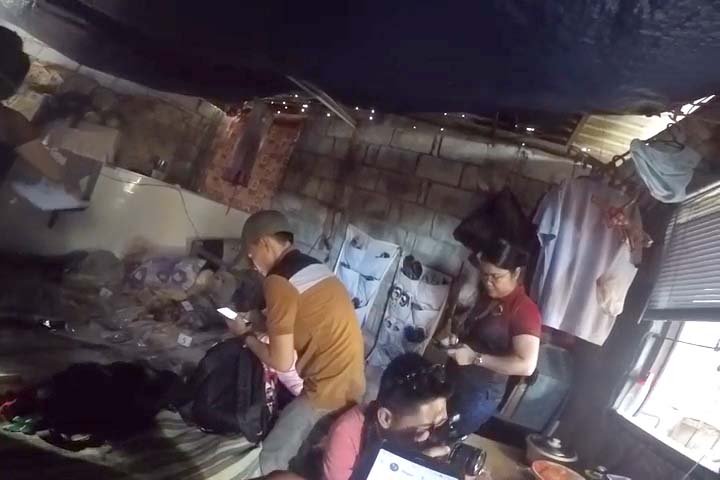 Caroly Houmes, Chief Executive of IJM Australia, responded: “We welcome Australians and Australian business into the fight, as they increasingly step up and take action against this heinous crime. Whilst Australians may be part of the global community fuelling the demand for the online sexual exploitation of children (cybersex trafficking of children) this shows that the means they use to do it will be stopped and reverse actions will be taken.”

“We welcome Australians and Australian business into the fight, as they increasingly step up and take action against this heinous crime.” – Caroly Houmes

The grant to IJM is one of three investments to reduce the impact of financial crime Westpac announced as part of its response to the issues raised by financial crimes watchdog AUSTRAC.

Another beneficiary is SaferKidsPH partnership between Save the Children, UNICEF and the Asia Foundation. Westpac will match the Australian government’s investment of $6 million over six years to raise awareness of OSEC and support programs to protect children in the Philippines. In addition, the bank will seek the guidance of industry experts to develop a program of actions to support the prevention of online child exploitation, providing $10 million a year for three years.

AUSTRAC is taking Westpac to court over 23 million breaches of money laundering laws, alleging the bank failed to act appropriately on transactions to the Philippines and South East Asia relating to potential child exploitation risks.

“We understand the gravity of the issues presented by AUSTRAC and reiterate our deep sorrow for failings by Westpac,” Maxsted said.

“We are determined to urgently fix these issues and lift our standards to ensure our anti-money laundering and other financial crime processes are industry leading. As a major bank we play a critical role in helping law enforcement agencies prevent criminals from carrying out illegal activity.”

“We understand the gravity of the issues presented by AUSTRAC and reiterate our deep sorrow for failings by Westpac.”- Lindsay Maxsted

While Westpac had taken steps to improve its monitoring of financial crime and other serious crimes in the past two years, Maxsted acknowledged that the allegations indicated there were still unacceptable shortcomings in this area.

“The Board understands the need for action and accountability. We accept that we have fallen short of both our own and regulators’ standards and are determined to get all the facts and assess accountability.

Westpac also announced it would scrap or trim the bonuses of its executive team after federal Treasurer Josh Frydenberg rebuked the lender and flagged potential disqualification of its board members and executives under new laws introduced in response to the banking royal commission.

IJM said it had already begun discussions with Westpac on how it can partner in the fight to combat OSEC, also known as cybersex trafficking of children, within the Philippines and beyond.

It said this new criminal activity has been facilitated in low to middle-income nations across the world by rapid growth in internet accessibility, increased use of mobile devices, a high number of vulnerable children and access to easy online payment mechanisms.

While the Philippines has become the centre of the supply side of this crime, the demand is global and often goes undetected, traversing borders because of technology, endangering the most vulnerable.

IJM Australia’s Caroly Houmes said the organisation was one of the early identifiers and responders to this type of child trafficking after it emerged in force in 2011. IJM and the Philippines government had implemented a holistic program to combat OSEC alongside law enforcement agencies, local and international civil society organisations, and local community leaders.

“Through IJM’s casework and system capacity building efforts, we have begun to see meaningful impact within the Philippines and will now further look to extend this into other communities affected by the crime of OSEC,” Houmes said.

Since 2011, IJM has supported 153 OSEC operations in which 559 victims were rescued, 235 suspects were arrested, and 73 convictions were secured. In more than 69 per cent of these cases, the perpetrator in the Philippines is the parent, relative, close family friend, or neighbour of the victim(s).

Forty-four per cent of victims in IJM-supported OSEC cases are 12 years or younger, with the youngest victim IJM has rescued being a two-month old baby.

IJM says some of the situations that occurred through Westpac’s payment system are directly connected to some survivors who were rescued through IJM partners.

Atty Sam Inocencio, IJM Philippines National Director, said, “Westpac’s partnership with IJM can be significant in accelerating the progress in the fight against OSEC both in the Philippines and around the world, thus resulting in the greater protection of vulnerable children.”

“IJM welcomes Westpac’s efforts to remedy the recent allegations and supports their strong efforts to make a positive and dramatic impact in ending OSEC. We hope that partnerships such as these will encourage the global business community and governments to prioritise and invest in child protection.”

Passed in both houses – but may never become law