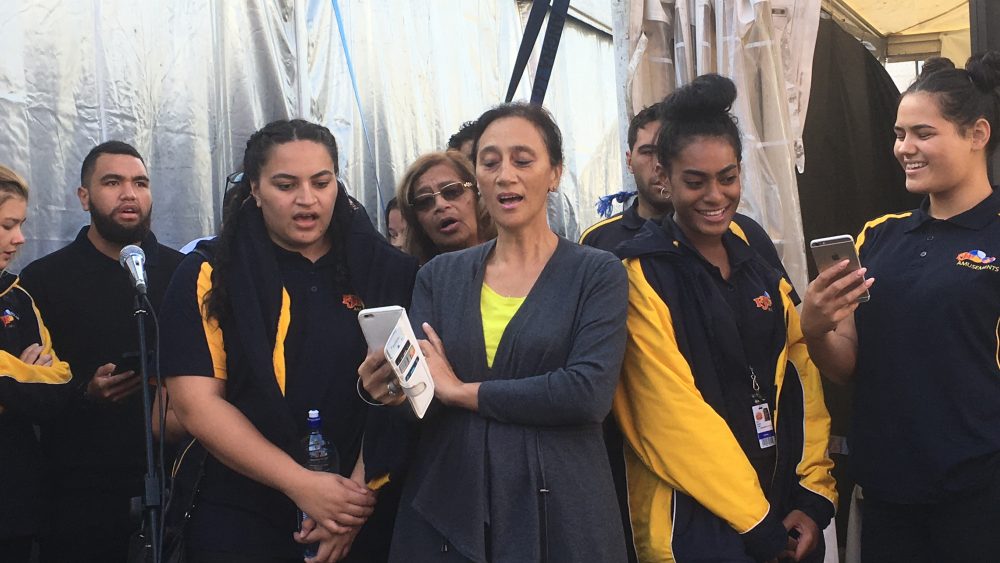 A dozen members of the Pickett family - all carnival workers - praise Jesus at the Easter Show.
Australia Culture

Queen of the carnival leads people to Jesus

Church goes to where the people are

Emily Pickett, known as the matriarch of Sydney’s Royal Easter Show, ordered her entire family to attend a special Easter Day church service early today before the doors to the Showground opened to the public.

About 20 members of the Pickett family, including her American grandson Lorden, along with a handful of other carnival families, attended the short service held outside Kym’s Kitchen at the Olympic Park site.

Organisers had planned to have congregational hymn singing to a recorded backing, but members of the Pickett family stepped up and provided the music.

Emily told Eternity she thought an an Easter Day service was a good idea when it was first suggested last year because carnival workers could not get to church on one of the busiest days of the year.

Emily is the head of one of about 20 families who run the rides and games and sell fairy floss and other snack at fairs and shows around the country.

“It’s mandatory for my family to come,” she said firmly, after joining three generations of her offspring in a moving rendition of Oh, it is wonderful that he should care for me. Enough to die for me.

Emily Pickett with her grandson Lorden.

Earlier her nephew Eugene and his daughter Kaya had opened the service with a song about Jesus resurrection. 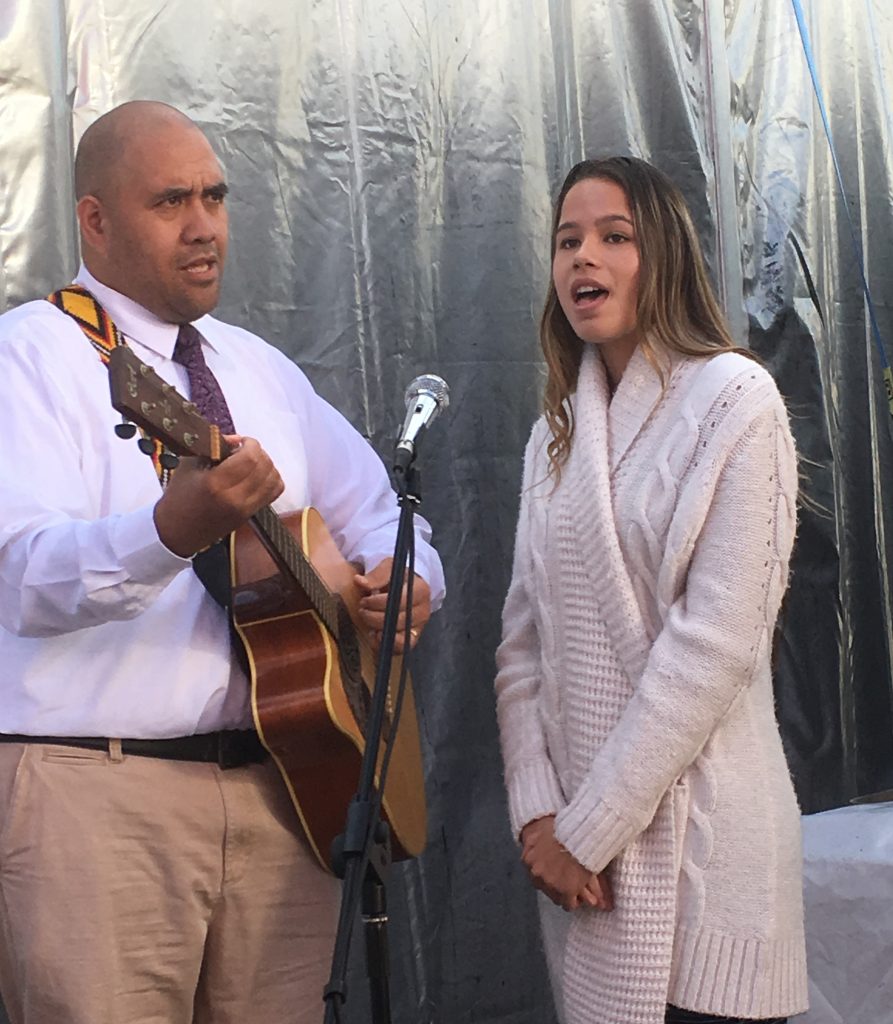 Eugene Pickett and daughter Kaya sing Jesus Is His Name

Ben Pfahlert, director of the Ministry Training Strategy, gave a short sermon about “The greatest comeback since Lazarus”. He led a team from Park Road Anglican Church in South Carlton, including John Delezio and Adam McCormick, who run a chaplaincy to workers at about 20 factories in Carlton.

This year Delezio and McCormick also started running a chaplaincy service to the carnival folk every day of the Easter Show.

Opening the service, Delezio told the congregation that when he started the chaplaincy eight days ago he didn’t know what to expect.

“The second thing that surprised me the most is your sense of sacrifice. You guys have shown me that you give up so much of your lives to serve others, so that families can walk through the door of the Easter Show and other shows around Australia so that they can have a good time. You sacrifice careers, you sacrifice everything else to do that for families that you don’t even know.”

Delezio told Eternity the strength of the “carnie” community comes from the fact that you can’t buy a spot at the Easter Show. You have to be family.

“These ride operators can only get into this industry if they are born into it or marry into it. So we’re meeting people that are the nephews or the sons and daughters of generational owners of carnival rides.

“The son often starts up his own business or marries into another business and they join families and there’s a sense of community that you don’t find anywhere else. It’s unexpected.”

Delezio describes Emily Pickett, whose family has been in the carnival business for many years, as a “strict, conservative lady intent on making sure they look after and care for each other. She is quite supportive. When we’re going up to ride operators we use her name and they automatically open up … She’s a great asset to have.”

Earlier this morning Ben’s wife Emma led a service for a group of Countrywomen’s Association women in the CWA Tea Rooms.

About 12 women gladly took a break from scone baking to sing Christ the Lord is Risen Today and To God Be the Glory.

Giving a short address, Emma noted that 32 per cent of the world’s population were celebrating  about “this real and historical event” of Christ’s resurrection.

Amid these despairing times, this Tuesday marks the bicentenary of the birth of a remarkable…

At the conductor’s bidding, the choir starts softly – “piano” – “I see a little…

Hundreds gather in Top End to 'Walk in the light'

Hundreds gather in Top End to 'Walk in the light'