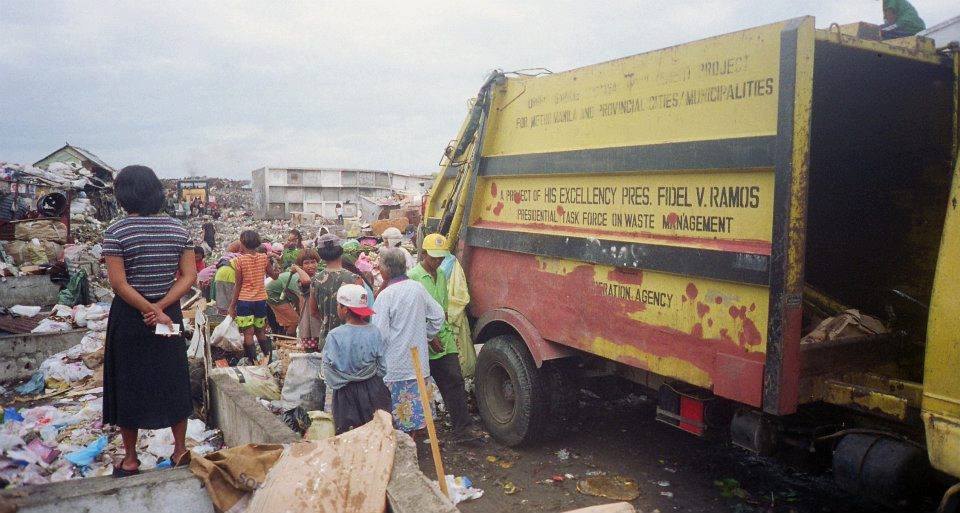 Lynn Arnold visits a World Vision project in the Cavite community of the Philippines in 2004.
Australia social justice

Poverty is about income, not social ability

And new report calls for a better deal for children

Anglican priest Lynn Arnold has called on Christians to take a kingdom approach to the question of poverty rather than adopting the secular world’s disempowering, depersonalised approach to “the poor”.

“Poor people are too often not defined by their personhood but by the problems that may afflict them – they may become redefined by labels of their circumstance which the secular world often feels called to follow,” he said during a sermon on Sunday at St Peter’s Cathedral in Adelaide.

Arnold – who is a former CEO of World Vision Australia, as well as a former premier of South Australia – said in seeking God’s wisdom rather than the world’s, we should see those in need with the eyes of Christ, who identified with the poor in his kingship (Matt. 25:31-45), and so see our neighbours as ourselves.

He was speaking to mark National Anti-Poverty Week (starting on 15 October), of which he was national co-chair or deputy chair from 2010 to 2017.

Meanwhile, housing stress and labour market changes are blamed in a new report showing that one in six Australian children are living in poverty. The report from UnitingCare Australia measured child poverty by using 2016 Census data and Naplan results, and showed regional Victoria (23.1 per cent) and regional NSW (18.9 per cent) had the highest rates outside of the Northern Territory.

“This is actually not good enough, clearly, for our precious children.” – Caerwen Little

The report – developed in partnership with the University of Canberra’s National Centre for Social and Economic Modelling – also finds no improvement between 2011 and 2016 in 87 per cent of of the 267 communities with the highest risk of child social exclusion. It recommends “significant government investment and action” to improve opportunities and resources in these areas.

“This is actually not good enough, clearly, for our precious children,” UnitingCare National Director Claerwen Little said at the launch of the report.

“Investment and action is urgently required. We need to do more to create the conditions that allow children and families to participate fully and be socially connected in their community. In particular, we need investment in free universal access to early childhood education for three- to five-year-olds in every single community across the country, particularly in those communities where children are falling behind. We need immediate attention on our housing crisis, we need employment opportunities in every community and attention to the 87 per cent of those communities highlighted in our report.”

“We might all hope that, at some time in the future, social inclusion policies that ‘work assertively’ will not be applied to us.” – Lou Wilson

However, in his sermon, Arnold took issue with the implications of social inclusion policies.

“This is all more than mere semantics, for there are important relational issues involved,” he said.

“A popular response of governments in recent decades has been to speak of social inclusion – it is one of those warm today-speak terms that says volumes. Its very rightness is proved by its title – no more need be said. Social inclusion? Of course, we all support it, how could we not? Yet, what is in a name? Ah, how very much is the answer to that question.”

He cited Lou Wilson, Program Director, Division of Information Technology, Engineering and the Environment, University of South Australia, who in a 2009 essay critiqued the approach sometimes used by activists in the field, concluding that: “We might all hope that, at some time in the future, social inclusion policies that ‘work assertively’ will not be applied to us.”

“Lou Wilson warned against social policy approaches that failed to address the causes of social problems but instead often implicitly blamed the victims for their own circumstances and then introduced policies to control the lives of those very victims … for their own good, of course!”

“My time in World Vision showed me how such work should be based on kingdom principles – all of us being children of God.” – Lynn Arnold

Arnold said the 11 years he worked with World Vision taught him “a great deal about not only the what, but also about the real how and why of working with poor communities.

“Just to do the work (the what) was necessary but not sufficient; it was important that the why and the how be based on proper principles. My time in World Vision showed me how such work should be based on kingdom principles – all of us being children of God, he who loves all his children, and that there be a spirit of love of neighbour as ourselves at the very heart of our work.”

For example, while visiting World Vision’s work at a village in West Timor in 1998, he asked the locals which of the five projects in the community had done the most good.

“I waited for a predictable answer, which I thought would be based upon what the community leader had assessed from feedback of others over the two years of the project. The answer might have been the school, the health clinic, the experimental plot, the dam or the bridge …

“But the answer that came was not predictable; the community leader did not name any of those community assets. Instead, he said: ‘What World Vision has most done for us has been to help us understand how we can help ourselves.’

“His answer did not speak of the what of the work in that community over the previous two years, but about the real how – empowerment – and, implicitly, the real why – the fellowship of neighbours from different sides of the globe working together.”

In another salutary incident, Arnold learnt not to use the term “low socio-economic” when describing people on low incomes, recalling a conversation he had with a woman about the challenges facing the local community during his time as a local MP.

“After some time of a very good conversation between us about these challenges, I put my foot well and truly in my mouth when I said: ‘Yes, we live in a low socio-economic community …’ But before I had the chance to proceed with the wise point I was about to make, she stopped me in my tracks, responding: ‘You’re wrong! We don’t live in low socio-economic community – we might be a low-income community but we are not low socio, thank you very much!’

Arnold said he felt “duly and justly chastised” and had refused to use the term “low socio-economic” ever since, and baulks whenever he hears it.

“The world’s wisdom, our own individual wisdom, will often short-change us as we as we seek ways to respond meaningfully to poverty in our world – especially if it is not Spirit-based but influenced by might and power. We may end up focusing only on the what at the expense of the how and, more importantly, the real why.

“What World Vision has most done for us has been to help us understand how we can help ourselves.” – West Timor community leader

“In terms of looking into the eyes of those who are poor, the world’s wisdom all too often only sees the other – separate from and lesser than the ‘us’ … In this year’s National Anti-Poverty Week, may I encourage all of us to reflect upon our own concern for those who are poor, and the way we express that concern. Will we seek a kingdom response where we see the eyes of Christ in those in need, and so see our neighbours as ourselves?”

Michael Jensen takes the Sermon on the Mount seriously

The Christian service that helped Peter turn his life around

How lonely ladies in towers found friendship and faith

Saved people do seek justice, according to Michael Jensen