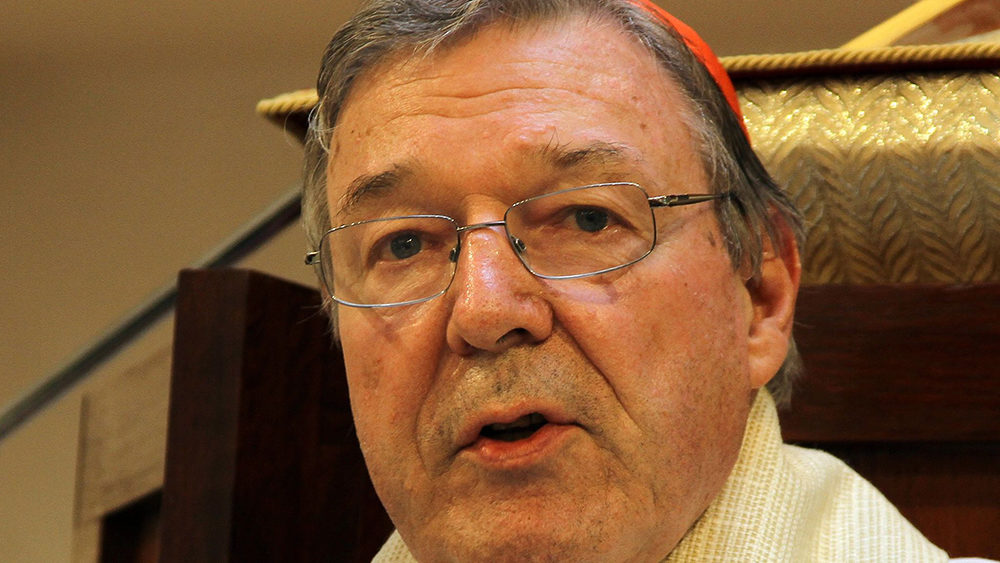 Cardinal George Pell has been given another chance to try to overturn his conviction for historical sexual abuse offences after two justices of the High Court in Canberra today referred his case to the full courtto appeal to the highest court in the land.

In August, the Victorian Court of Appeal ruled in a 2-1 majority verdict to uphold the conviction of sex offences against two choirboys at St Patrick’s Cathedral in Melbourne while he was the serving archbishop. Pell was sentenced to six years’ jail, with a minimum term of three years and eight months.

In September, the disgraced Catholic cleric appealed against the Court of Appeal’s decision to uphold his  conviction.

The High Court handed down its decision today without hearing oral submissions from the parties, meaning it saw no need for a public hearing.

The case against Pell relied heavily on the testimony of a former choirboy who described how Pell assaulted him and his friend after he caught them drinking altar wine in the sacristy of St Patrick’s Cathedral after Sunday mass.

Pell’s appeal to the High Court hinges on the argument that the majority decision of Chief Justice Anne Ferguson and Court of Appeal President Chris Maxwell failed to properly weigh the evidence of other witnesses who testified to the unlikelihood of Pell being alone in the sacristy with two choristers.

Pell’s legal counsel, Bret Walker, SC, submitted that although the choirboy was compelling and believable, this other evidence created reasonable doubt about Pell’s guilt.

“The Cardinal has always maintained his innocence and continues to do so, and the divided judgment of the Court of Appeal reflects the divided opinion amongst jurors, legal commentators and within our community,” fisher said in a statement.

“Many questions remain, and it is appropriate that these will be examined by our highest court.

“For the sake of all involved in this case, I hope that the appeal will be heard as soon as possible.

“The Church will continue to offer pastoral support to the Cardinal while he remains in prison awaiting the hearing of this appeal, and for all others affected by today’s outcome.”

A spokesperson for Cardinal George Pell said: “This matter is now still before the court and so we are unable to comment.”

The High Court has acquitted George Pell of all child sex convictions. He will walk…

Before this week’s hearings in the High Court, David Marr took the temperature of the…