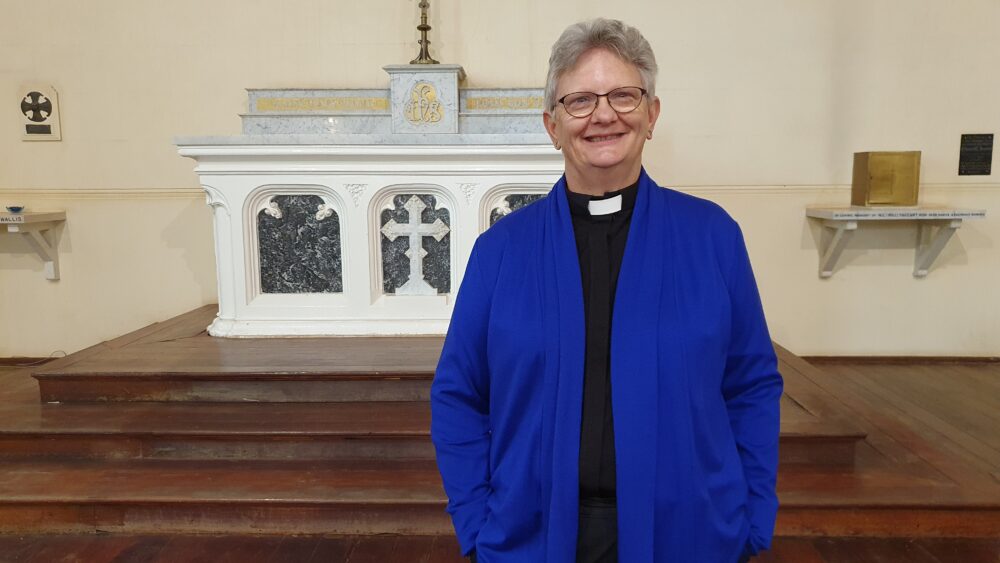 But there are also a number of “ordinary” people across the country who have been honoured for their service to the church and the community. Eternity caught up with three of these previously unsung heroes.

Gutsy Anglican “Mission Priest” for the Goldfields parish in WA, Rev Dr Elizabeth Smith, was recognised as a Member (AM) in the General Division for “significant service to the Anglican church and to liturgical scholarship”.

Smith, who describes herself as a “bit of a languages buff“, has written around 80 hymns which “translate” traditional liturgy into modern language (about ten of which are in wide use) – as well as many prayers. She’s been a member of the Australian Academy of Liturgy since 1997 and a member of the International Anglican Liturgical Consultation since 2000. Smith said she delights in giving back to the community by creating prayers which reflect modern Aussie speech.

“It’s a core Anglican value to pray and preach in a language that the people understand,” she tells Eternity. “If our written or our ‘churchy’ prayer book or preaching language parts company with the ordinary speech of today’s Australia, we are on the wrong track.

“But the habits of speech that we picked up in our younger days … stick with us. I try to get beyond the linguistic grooves we can easily get stuck in.”

Smith also notes the “gaps” in the Anglican Australian Prayer Book (released 1995) for today’s Christians, such as prayers about the environment, addiction or mental health.

“I’m glad to be a face of the kind of Christianity that wants to connect with, listen to and communicate cheerfully with wider Australian culture.” – Elizabeth Smith

Based at St John’s Kalgoorlie, Smith spends her days catching up with international students or visiting scholars from the WA School of Mines.

“They are a long way from home and may appreciate someone willing to tune in to their accent or their story, and, in turn, explain some of the weird bits of Australian English,” she says.

Smith also leads a weekly chapel service at the local Anglican aged care home, and connects with Aboriginal residents who grew up on protestant missions, where she says “the gospel songs of my childhood come in handy.”

She’s joined a “knit-and-crochet group”, a landcare group and a writers’ group in a bid to further connect and open up spiritual conversations with locals.

Over the years, Smith has also played a significant part in the women’s ordination movement. She was ordained as a priest in Australia in 1993 and completing a PhD in California (1991-94), which explored the impact of feminist biblical hermeneutics in Anglican liturgy.

In receiving her AM, Smith said: “Women are greatly outnumbered in the Order of Australia awards, so it’s lovely to be one more woman added to the visible crowd of Australians with a ‘gong’.”

“And I’m glad to be a face of the kind of Christianity that wants to connect with, listen to and communicate cheerfully with wider Australian culture. If my prayers and hymns are approachable for people without a lot of church background, that’s a huge plus.”

Stefanos Christofis was awarded a Medal (OAM) in the General Division for service to the Greek Orthodox community in Darwin. For the past 30 years, Christofis has served in the voluntary role of cantor (chanting the service liturgy) at St Nicholas Greek Orthodox Church, Darwin.

Christofis spends around eight hours a week preparing for and helping to lead church services, as well as funerals, weddings and christenings.

Christofis tells Eternity that he is a fourth-generation cantor in his family. His father served in this role in the same church after his family emigrated to Australia in 1962. When his father died, Christofis decided to take on the position, while working in “a lot of other jobs”, including as a butcher, painter and builder.

Now retired, Christofis spends around eight hours a week preparing for and helping to lead church services, as well as funerals, weddings and christenings. As the only Greek Orthodox church in the area, St Nicholas houses a large congregation, with up to 500 people gathering for key celebrations in the church calendar.

Of course, during the COVID-19 season, services are online. Only Christofis and parish priest, Very Rev Joel Xanthos, have been in the church to conduct services.

Through stilted English, Christofis explains that it’s hard to describe how he feels about the OAM honour because he’s still getting used to the idea, but he is “happy” about it.

As part of his service to the church, Christofis is also ensuring his legacy will live on in the next generation. He is currently training two of his grandchildren (aged 21 and 17) as cantors – a role he describes as “very important”.

Uniting Church member Douglas Hewitt also received a Medal (OAM) in the General Division for his service to the communities of both Armidale and Nambucca Heads in north-east NSW.

The list of Hewitt’s community achievements include three terms as Mayor of Amidale City Council and two stints as Deputy Mayor. He was heavily involved in Rotary, Apex, Probus, local theatrical and musical societies, and a board member for several other community facilities.

Alongside this, Hewitt has been an active member of the Uniting Church. He was at Nambucca Heads Uniting from 1995 to 2018 and, now, is at Armidale Uniting again (he moved back just one year ago).

Douglas Hewitt – “the smiling face of the church.”

When Eternity contacts 90-year-old Hewitt for a phone interview, he politely declines, adding, “so much has gone on over the last few days, that I’d rather draw breath!”

However, Graham Jones – chair of Nambucca Heads Uniting Church council – describes Hewitt as “the glue within the church”. Hewitt served alongside Jones as the church council’s assistant secretary for around five years.

Jones says Hewitt was “very much the smiling face of the church”.

“Doug was really welcoming of visitors and members of the church. He is very good at making people feel special,” he tells Eternity.

Jones notes that while at Nambucca, Hewitt was often working “behind the scenes” in “back-up, supportive roles” at church and in community groups. He was adept at “making things happen”.

“Doug was a great assistant to me on the council. He’s a committed man, who has been very involved in Methodist and then Uniting churches for a very long time.”