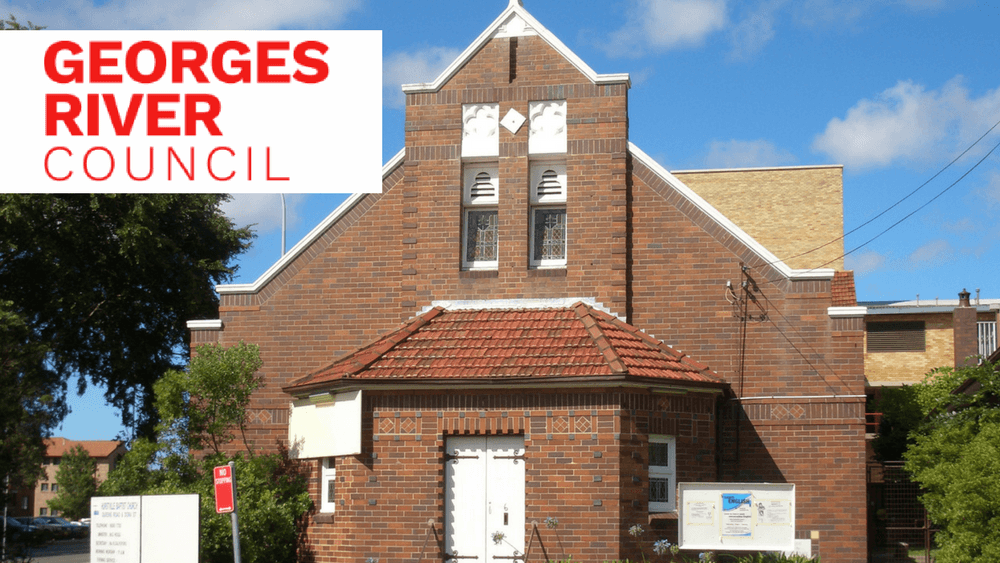 Local church forced out by council

A church in Sydney’s south has lost a long-running battle with the local council to keep its property.

Hurstville Baptist Church has been fighting Georges River Council since late 2015 to retain its church property on Dora Street, in Hurstville’s city centre, launching petition after petition to have a compulsory acquisition order overturned.

But the church lost its legal appeal last Friday, with NSW Supreme Court Justice Julia Lonergan ruling in favour of the council, and telling the church it must vacate the property.

Grae McWhirter, who has been supervising the project and is the Regional Minister for Southern Sydney of the Baptist Churches of NSW and ACT, told Eternity that “as of 5pm on Friday 31 March, the church [property] has been transferred to the name of Georges River Council.”

The trouble started back in 2013, when the church’s plans to build a multi-purpose ministry centre were thwarted by several council decisions that included listing the church as a heritage site, and then changing the zoning of the site to restrict any building to four storeys, unlike the 11-storey buildings surrounding it.

“The council did the wrong thing on a number of occasions, and that should invalidate the acquisition notice.” – Grae McWhirter

McWhirter says, “In November 2014, at a meeting that the public was told not to be in, the council actually decided to compulsorily acquire the church. But they didn’t tell us; they didn’t tell anyone. We didn’t know until August 2015.”

In the nine months between the council’s decision to compulsorily acquire the church and publicly revealing it, the church continued to submit proposals to build the ministry centre, McWhirter says.

“In August 2015, the council publicly displayed their own concept plan for the Civic Precinct which included building an 11-storey building on the Baptist Church site. In that process they revealed they’d decided to do compulsory acquisition.”

As part of the compulsory acquisition process, the council is required to enter into negotiations with the owners of the property, and early negotiations seemed promising. The council owned a carpark across the road from the church (which is smaller than the Baptist Church land), and in November 2015 offered a land swap, but noted that the church would still owe the council $3 million.

“I think it’s an abuse of the power of compulsory acquisition.” – Grae McWhirter

“In May 2016 we got back to them and said that we [thought] the council might owe us $3 million in this land swap, all things being equal, and we asked if we could get together and work it out,” says McWhirter.

“We asked six times for meetings (over two and a half months), but they didn’t get back to us until August 2016 when we received a phone call saying all negotiations were off, and that the [carpark] was to be put up for auction in November and that they were just doing compulsory acquisition. I still don’t know why.”

McWhirter and his church believed that the council had not followed the correct processes for compulsory acquisition, and so when negotiation failed, they chose to go to court.

In the Supreme Court they asked for an injunction to halt the compulsory acquisition.

“Our argument was that the council did the wrong thing on a number of occasions, and that should invalidate the acquisition notice. We asked the judge to hold that over and declare it invalid.

“If the local government wants your church they’re just going to take it.” – Grae McWhirter

“[But] the council’s argument was that it doesn’t matter if we have done anything wrong, and we probably have. They made a couple of admissions that they had done something wrong. They said it doesn’t matter what we’ve done or how we’ve done it; the fact is that we have the right to take the property so we just will be doing it. That was their argument, and the judge ruled in their favour.”

McWhirter thinks that there is something wrong with the system.

Hurstville Baptist Church is awaiting the valuation by the Valuer-General, and is hoping for a settlement that will allow it to stay in the Hurstville area and build the multi-purpose ministry centre and community centre it had originally planned for the site.

It's a tough slog for Aussie church planters