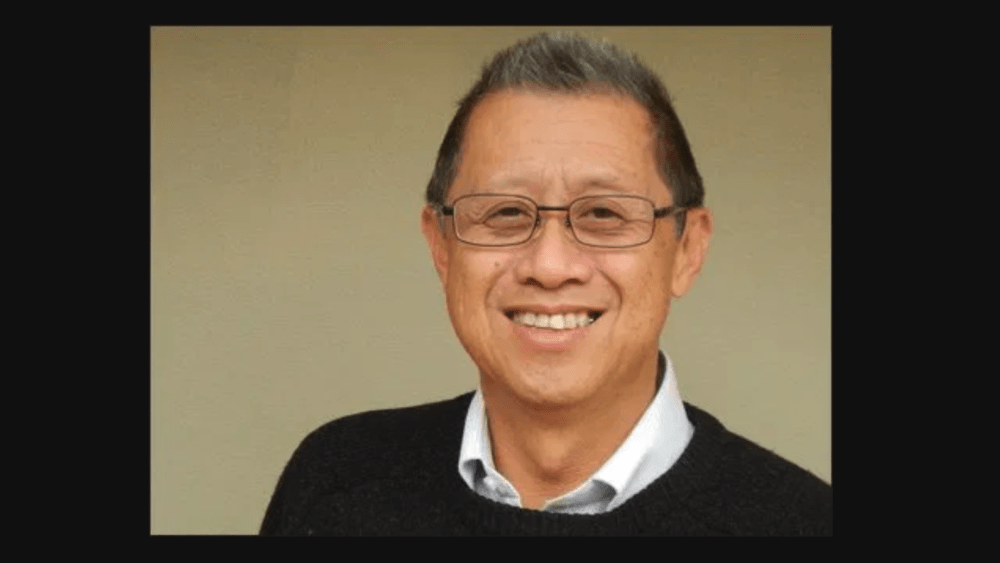 “We all burst into tears” is how Ivan Lee recalled telling his wife and children, when he was diagnosed with pancreatic cancer. “We are all Christians but never the less there is great grief there. We all have assurance of eternal life, we know God is in control but there is real human grief.”

Ivan Lee, former Anglican Bishop of Western Sydney died on March 4 after a four year battle with the disease.

The family prayed, Lee told Dominic Steele who runs the Pastor’s Heart vodcast. “We were able to face reality. We did not have that false gospel where people say ‘We’ll get though it. We knew that we may not get through it. So we spoke honestly about everything.”

Steele asked “You must have had a big wrestle with God?” after Lee describes his difficult round of treatment

“Interestingly, no.” Lee responded. “The very first thing I said – it was the preacher in me, and I preached to myself (and others that visited) that it is one thing to preach about Jesus, that death has been defeated, that we have eternal life – and now the test is do I believe it, is that my confidence?

“And I said to my self, ‘Mate this is going to be the biggest test of your life.’

“Now, thankfully God has been faithful. I have hung into him. He’s hung onto me. My relationship with God has certainly deepened.

“A lot of people ask me, ‘What have you learned?’ I don’t know that I have learned anything that I never thought before or knew before. Or preached before. But it drives you back to the basics. And I suppose my experience of God, if you like, or my understanding of the basics has deepened.”

“That sounds a bit trite. But nothing new. But deeper.”

Asking about the Bible Steele asked if Lee “ran to the Psalms?”

“Crazy you should say that. Even Psalm 121 ‘Where does my help come from?’ That’s what I mean about the basics. It is one thing to know you need God but when you are in the midst of the valley of the shadow of death, you feel it as well as know it.”

Archbishop Glenn Davies recalls meeting Lee. “We first met 40 years ago when I joined the 4th year class at Moore College. He was the youngest student in the class and full of energy and desire for gospel proclamation. That desire did not abate throughout his four decades of ordained ministry. Even though his energy levels were affected by the cancerous cells in his body, his desire to live for Christ or, if necessary, to die for Christ was a constant mark of his discipleship.”

Neil Attwood who worked with Ivan Lee from 2011 as his executive assistant remembers a man with a “real, palpable enthusiasm and energy” for evangelism, and growing local churches.

“Over a period of two years just prior to his diagnosis of pancreatic cancer in 2015, he and I ran a series of parish (local church) consultations across the Diocese (Sydney and Wollongong) using the tools and methodology of Paul Bordan (a Baptist growth growth expert in the US)  to assist those parishes to break out of their plateaued or declining growth and restart positive gospel growth in those churches,” Attwood tells Eternity. “These were a great application of Ivan’s love for and commitment to parish ministry and his strongly analytical mind when processing the historical data from a church undergoing the consultation.

“While not every one of those consultations saw a great improvement in the parish concerned, more than 80% did, especially as he fine tuned the consultation methodology to better suit our churches.”

“At the Regional Farewell to Ivan on February 1 (that he was actually too sick to attend), a number of people bore witness to the kind of person Ivan was and how they had benefited from his ministry. Steve Gooch, Senior Minister at Kingswood Anglican remembered how thrilled Ivan was to hear of new ventures and people coming to faith, and how he was even happier if the ministry was cross cultural. Raj Gupta, Senior Minister at Toongabbie also remembered Ivan as a ‘tireless servant [who] has done so much behind the scenes that most people would know little about…’.

“In all that, Ivan was a remarkably private man. Speaking little publicly or to his co-workers of his personal life – until his diagnosis with pancreatic cancer. From then on, at almost every parish visit, he shared openly and honestly about the struggle with the disease. His sometimes-painful to listen to sharing about his desire to trust in Christ and God’s goodness, and to respond to his suffering in a God-honouring way, showed how to suffer well as a Christian.

“I spoke with him last on February 20th when he was in palliative care, getting very weak and knowing the end was close, but he was unflinching in his trust in God’s goodness and his conviction of what lay ahead for him after his death. My last words to him were ‘I’ll see you on the other side’.”

Pray for all affected by Ivan lee’s death, his family and all he touched in his four decades of ministry. Pray for those he led to christ and for the churches he cared for.

Dissecting his words to Australia this week – for better and worse