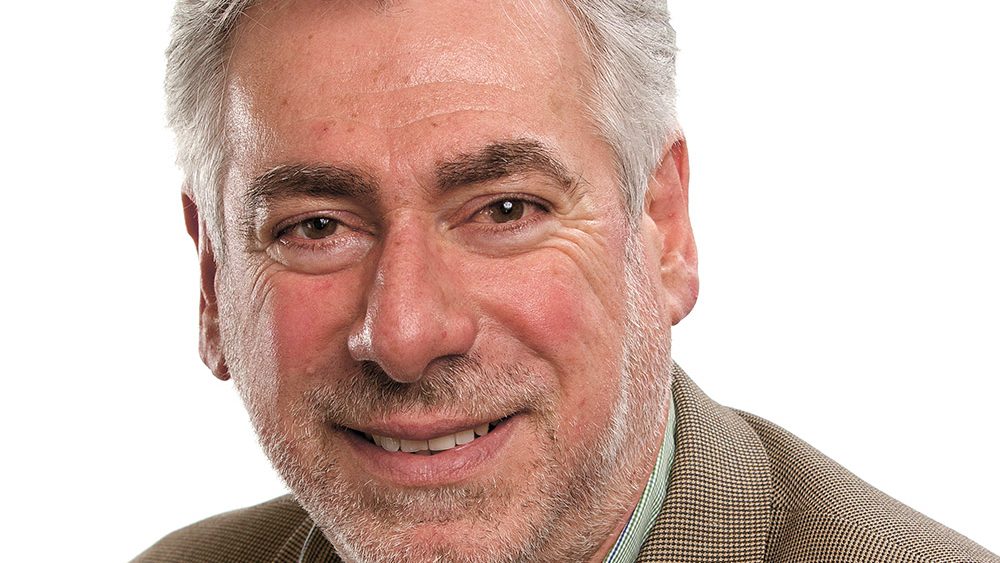 Bill Vasilakis was a 1960s rebel who became gripped by what God had to say.
Australia bible

Bill Vasilakis was a reluctant convert. As a teenager in Adelaide, he was self-described “spoilt Greek brat,” with long hair flowing halfway down his back, peace badges all over his chest and a notorious reputation.

He first got into trouble with the law at the age of 12 when he stole milk money from outside people’s houses. By his mid-teens, he was “cigarette smoking, drinking, smoking marijuana, chasing girls and doing the normal things that sinful boys and girls get up to who don’t know Christ.

“I was a typical child of the late ’60s, early ’70s. My parents were beautiful people, hard-working Greek immigrants; they worked a couple of jobs and you could just get up in the morning and do what you wanted,” he recalls.

A left-wing activist, he took part in anti-Vietnam War demonstrations. Bill organised friends from high school to join thousands sitting in the middle of King William Street in Adelaide to block traffic.

It was like what had happened on the inside was showing in his face.

Bill was happy with the way he was living and, though he had heard the gospel as a child, he suppressed it because it didn’t fit with his wild lifestyle.

So, when his best friend turned up at school in year 12 looking transformed after receiving Christ as his saviour at a Christian camp, Bill didn’t know what to make of it.

“The week after Easter 1971 as he came to school, I’m looking at him crossing the asphalt and walking towards me and it looked like he was glowing,” Bill tells Eternity.

“I go, ‘You look different.’ He was shining; his eyes were shining. It was like what had happened on the inside was showing in his face.”

I was a reluctant convert because I was not really looking for the Lord.

As Reinhart told Bill that he knew God and had a personal relationship with Jesus, Bill had no idea what his friend was talking about. “But because he was a friend, he was intelligent and good-natured, he had credibility, so I listened. He says ‘Bill, you’ve just got to come and see.’ ”

So soon after Easter 1971, Bill joined his friend at the Sturt Street Church, where he was blown away by an “electric” sense of the power and presence of God. But with his long hair and left-wing views, he felt the church was culturally very “square” and he didn’t really fit it.

“I did not respond very quickly. In fact, I was a reluctant convert because I was not really looking for the Lord. I knew if I followed this it would mess up the way I’m living, because I was quite happy with my smoking and drug-taking and girl chasing and all that type of stuff.”

What made the difference was picking up a Gideon’s Bible that had been gathering dust on his shelf. Over the next four months, Bill read the four Gospels about half a dozen times each.

“Then I became aware of my sins, the outward ones anyway, so there were several areas that I knew I’d have to give up straightaway to receive forgiveness. But, of course, after you become a Christian, there is a whole pile of other sins that are hidden that you’ve got to deal with as well.

“So I thought ‘this is messing with my mind and I don’t know if this is right for me or not,’ so I stopped going to church for a couple of months deliberately, but I didn’t stop reading the New Testament, the four Gospels.”

When a friend from church – “the squarest of the squares” – visited him to find out how he was going, Bill confessed he was missing church but had chosen not to come until he had sorted out whether he believed in Christ or not.

I felt like I was floating. It was so weird.

“So I just kept on reading the New Testament and I still remember it was a Thursday night. I didn’t pray; it was like I said, ‘Hang on, it is all true. It’s true.’ And the thought came into my head as I’m reading, ‘nobody could make this story up.’ And I said ‘this is true, God is real, he is alive, he has revealed himself in Jesus, he died for my sins, rose again, he sent the Holy Spirit. This is actually true, there is heaven, there is eternal life, I can be born again.’ And I just gave up. It was like unconditional surrender of the enemy. I just said ‘Yup, I believe.’ I just submitted myself that night and this great sense of release came on me.”

The next Sunday, Bill couldn’t wait to get to church. He eagerly shined his shoes and put on his best clothes because he was so excited to receive Christ after the sermon.

“I just thought I couldn’t get saved until I put my hand up and walked out the front. I didn’t realise I was saved that Thursday night when I yielded,” he recalls.

I think because it took me so long, I didn’t rush into it

When Bill finally got to go forward, he was so happy that he talked with his friend and counsellor until midnight. “I remember as I was crossing Sturt Street right in the city, I actually stopped in the middle of the road and I thought ‘what has happened to me?’ I felt like I was floating. It was so weird.

“The sense of lightness was amazing, and afterwards I realised it was the sense of the burden of my guilt being lifted. I knew that my sins were forgiven, I knew that I was accepted by the Father, I knew that I had the gift of eternal life. As I’m walking to my dad’s car, this white Valiant, the thought crossed my mind, ‘if I got killed tonight, I know where I’m going.’ And it was like I was happy, not because I want to get killed – but because I know where I’m going.”

Receiving Christ at the age of 17 was the most transformational experience of Bill’s life during the 39 years of ministry that followed, because of his deep and lasting conviction that he was saved by the grace of God and had an eternal home in heaven.

“I think because it took me so long, I didn’t rush into it, the issue of discipleship and lordship was dealt with at my conversion. For me it was the unconditional surrender of the enemy. I was saying ‘I am wrong, you are right, I will do whatever you want me to do.’

“So there were issues of sanctification and overcoming all that I had to deal with in the old life, but the issues of lordship were dealt with because I got to know the four Gospels and the Book of Acts. Through that I developed an intimate knowledge of the words of Jesus, the works of Jesus and the death of Christ. To me they just had the ring of authenticity. God was convicting me and as I grappled with the message of the word, the reality of Christ did its work.”

When Bill became a Christian and returned to school after failing years 11 and 12, he set up a club called the Jesus Club.

“Basically, the school was turned upside down through the power of the gospel in 1972,” he says.

“We had dozens of kids coming to Christ; even some of the teachers and families responded. We were averaging 90 kids to a meeting out of a school of 750 and our largest meeting had 250 kids meeting every lunchtime and it was quite a significant ‘Book of Acts’ salvation move that took place.

“So I got the taste for ministry there and I thought that nothing else would satisfy me in life except serving the Lord, so I went to university and theological college.”

After setting up the Christian Family Centre in his garage, he worked as a teacher and a pastor until the church grew and he could work full-time. The church is now in 12 locations across Adelaide and Bill is in his 39th year of ministry.

Gen Z is more religious than you think

Gen Z is more religious than you think