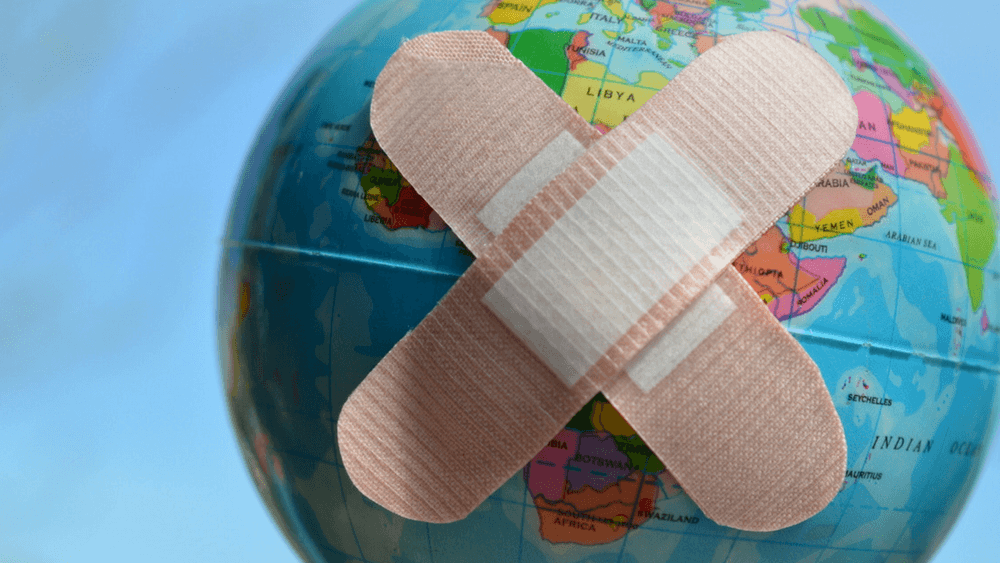 In a disturbing trend, the foreign aid budget is being lowered again, and earlier this week The Australian reported that the money would be diverted to Australia’s intelligence agencies to boost the war on terror.

The government announced it intends to cut the foreign aid budget by $300 million over the next four years. They have not said where the money will go, other than indicating it will be redirected it to “policy priorities.”

John Hickey, the CEO of Baptist World Aid, told Eternity, “our concern is that the foreign aid budget has been used a few times over the last few years as a balancing item for other [priorities] the government sees, which is of great concern to me.

“We understand that protection and security is important, but the aid budget is vitally important for Australia as a wealthy nation to play it’s [part] as a global leader in helping to address the needs of vulnerable people around the world.

“We also know that well designed aid and development programmes reduce the risk of radicalisation and terrorism, coming from marginalised people in different parts of the world.”

Hickey pointed out that the Australian government has come under heavy criticism for their continual cuts to foreign aid.

“If it’s cut again, for a purpose that is not directly related to foreign aid, it seems that the government is not taking its responsibilities as seriously as we think it should around caring for vulnerable people around the world.

With the hunger crisis across parts of Africa reaching catastrophic levels, Hickey says, “we believe it’s time to increase our collective commitment for the sake of people in extreme difficulty, rather than decreasing it further.”

Five years ago, a bipartisan agreement between the Coalition and Labor parties committed to reaching foreign aid representing 0.5 per cent of gross national income (the United Nations Millennial Development Goals aim for each nations contribution to sit at 0.7 per cent).

Tim Costello, chief advocate of World Vision Australia, told Eternity, “when we should have been celebrating a bipartisan agreement of the Coalition and Labor of reaching 0.5 per cent of GNI … instead we may think the worlds poor are being abandoned.

“At a time of the greatest humanitarian crisis since World War Two, yet another budget cut in aid is devastating,” says Costello, referring to the 60 million displaced people across the world. “The war in Syria, and famine in Africa; the only practical hope for them is humanitarian aid and development aid.”

“For Christians who take Matthew 25 seriously, both in their personal giving and lives, and in a nation that still is the third richest on earth (Australia), to have checked out of sharing the load of desperate people, is really not just a failure of what Jesus teaches, but a failure of the Australian idea of a fair go.”

Earlier this week Costello issued a press release responding to media reports that the aid budget would be cut in order to boost funding for the fight on terrorism.

“It’s shouldn’t be an either or. We need to fight terrorism and one of the best ways is to deploy our aid to build resilience in our region.

“Our government has again chosen to place our self interest above our responsibility to love our neighbour.” – Scott Sanders

“Australia’s aid investments are good for Australia’s security as they play an essential role in supporting peace, stability and prosperity. It makes no sense at all to cut aid and undermine long-term efforts to build stability and resilience at a time when the world needs our support more than ever,” said Costello.

CEO of Common Grace, a group of Christians passionate about justice, Scott Sanders, told Eternity, “As Christians, we should be deeply concerned at the latest round of slated cuts to Australia’s aid programme. Our government has again chosen to place our self interest above our responsibility to love our neighbour, to support our region, and to play our part in addressing the injustice of poverty in our world.

“Treasurer Morrison, in his maiden speech to parliament, spoke from his Christian conviction that our responsibility as a nation is to increase our aid commitments: ‘The need is not diminishing, nor can our support. It is the Australian thing to do.’ Now, nearly ten years on, he has compromised the integrity with which he entered parliament and promised to decrease our aid commitment to it’s lowest point ever recorded.

“But this is not the way of Jesus. His way was to lift up the vulnerable, to associate with the excluded, and to confront the systems that caused the robbery and oppression of our neighbour,” says Sanders.

The cut to foreign aid in this year’s budget continues a pattern of cuts inflicted by Labor and Coalition governments. 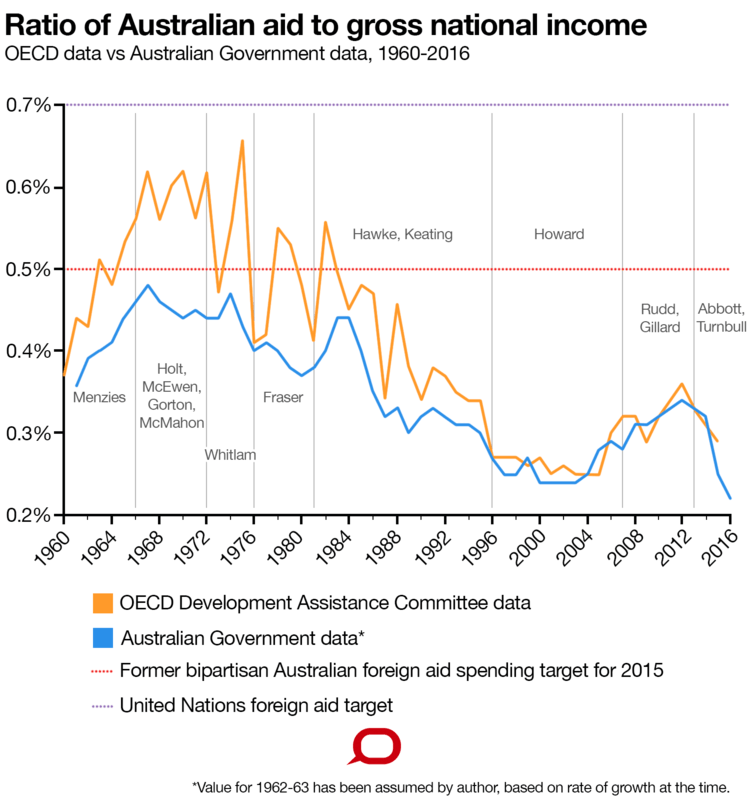 Ratio of Australian aid to gross national income The Conversation

The United Nations target for foreign aid (the Millennium Development Goals) is for each country to spend 0.7 per cent of its gross national income on foreign aid. In 2016 the United Kingdom had met this target for the previous four years. Germany met the target for the first time last year according to the BBC, joining Sweden, Luxembourg, United Arab Emirates, Turkey, Denmark and Norway.

“…we already are giving below what we had committed to the international community.” – Lyle Shelton

Australia has been slipping further and further down the list of OECD (Organisation for Economic Co-operation and Development) countries, and in 2016 fell below the average GNI contribution. In 2016 Australia contributed 0.25 per cent of GNI, the Sydney Morning Herald reports.

ACL managing director Lyle Shelton said, “We hope these reports are not true as redirecting aid money to fight terrorism would constitute a breach of Australia’s commitment to meet the Millennium Development Goals to tackle global poverty.

“It would be disappointing if the Australian Government is contemplating shrinking our foreign aid commitment even further, given we already are giving below what we had committed to the international community.”

This raises the issue of whether Christian lobbying is effective – if not on this topic, why on any other? Or is it that Christians have not lobbied as hard on this as other topics.

This year’s scorecard on Aussie brands

“Gruesome, unfortunate and a shame on the federal government”

“Six consecutive cuts to Australia’s international development is a failure of moral leadership.”

Ep 15 The God of the Anzacs

Ep 15 The God of the Anzacs

War: what is it good for?

But does it promote the evils of consumerism?