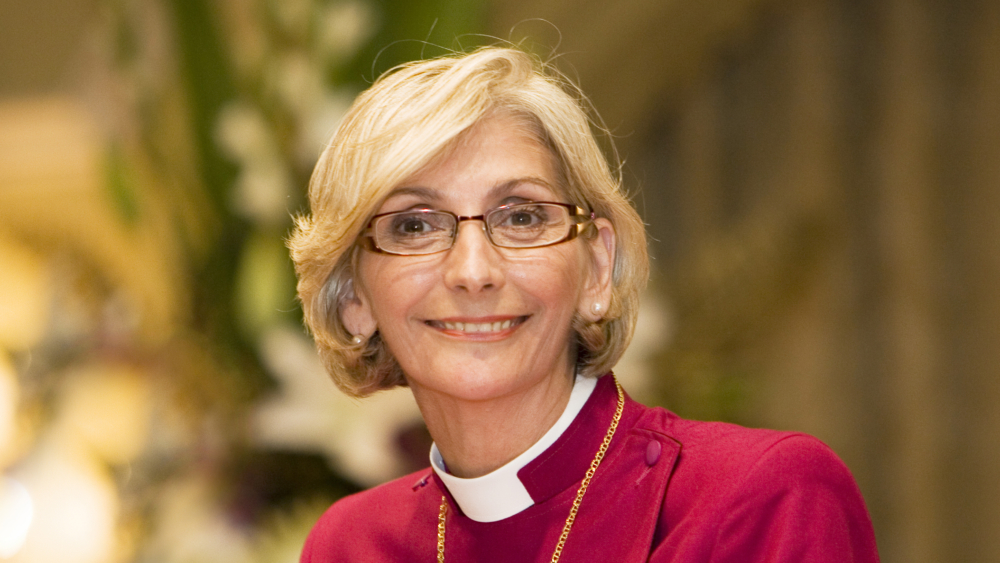 When Kay Goldsworthy is installed as Archbishop of Perth in St George’s Cathedral on Saturday morning, knocking on the west doors to gain entry, she will make history as the first female Archbishop in the worldwide Anglican Communion.

While the milestone is being widely celebrated in the Anglican hierarchy, with the Anglican Primate of Australia Philip Freier among the VIPs present, it is still a controversial step in conservative Anglican Dioceses which hold to the theology of male headship in the church.

As a pioneer of women’s advancement in the Anglican church, Goldsworthy, 61, says she feels “incredibly blessed to be in the company of other women and men who have been part of this time in history and I hope that I’m a blessing in the life of the church in this point in history as well.”

Goldsworthy’s journey to the top has been a series of firsts for women. After leaving a career in hospitality to train for ministry in the Diocese of Melbourne, she became one of Australia’s first female deacons in 1986. She was among the first women to be ordained to the priesthood in March 1992, then in 2008 she was consecrated Australia’s first female bishop.

Now, as the most senior female Anglican in the world, she admits that it hurts her that she is barred from performing certain religious duties in some dioceses around the country.

“I’d love to say I’m always gracious but that may not be exactly how it is,” she told Eternity last year when asked how she feels that some Christians don’t support her leadership role.

“I found that over years a source of disappointment and some pain because I’m a woman and as a woman God has called me into ministry and the church affirmed that call and I exercise it.”

“I don’t see the Anglican church in this country changing its understanding of marriage.” – Kay Goldsworthy

As someone on the liberal end of the theological spectrum, Goldsworthy is the first state-level leader of the Anglican church to have indicated support for same-sex marriage, and she told ABC Radio this week that she voted “yes” in the postal survey.

However, she does not see the Anglican Church allowing priests to marry same-sex couples in the church in the near future, although she believes people will be asking what is possible in the way of blessing same-sex marriages in the church.

“I don’t see the Anglican church in this country changing its understanding of marriage,” she says.

“But what I do believe is that there are a lot of Christians who are saying ‘we need to look at this again, we need to consider what we believe about marriage and what’s possible and how do people for whom marriage is not possible, how do they live a life in which those things which we might believe God desires for all human beings, that we are capable of being in relationships of trust and care’.”

She compares the debate about same-sex marriage with the decades-long debate about the place of women in church leadership.

“It draws us back to how is it that we consider the scriptural approach? How do we interpret it, how does it interpret us, what does it lead us into? I know there are many people for whom this is a huge challenge and it’s a challenge for us and so it is an ongoing debate.”

“Coming back to the Anglican church was like coming home.” – Kay Goldsworthy

Goldsworthy told Eternity after her appointment last August that she was a “cradle Christian” who left the church for a while in typical teenage rebellion. Her faith was renewed at a Teen Challenge conference in Queensland as she responded to a sermon by its leader, Charles Ringma.

“That was very powerful for me. I remember thinking ‘you know about a relationship and you’re not trying to sell me something’,” says Goldsworthy.

Goldsworthy rejoined the Anglican church a few years later because “there was a sense that I received from some of the young leaders of the church that I was in that I wasn’t looking like a good enough Christian girl,” she says.

Goldsworthy is stepping into a difficult situation in Perth, taking up the reins from former archbishop Roger Herft, who retired early over his handling of historic sexual abuse cases in the Newcastle diocese.

She says she wishes these were not the circumstances in which she was taking over, but she believes every Christian has a responsibility for rebuilding trust in the church, which has been so damaged as a result of the sexual abuse scandal.

“I think that’s a shared responsibility – it’s not simply mine, it belongs to all us. This is about every church across the country, every denomination. I might say I wish it was a different time, but it isn’t, and this trust, I hope, might be built.”

The first thing she intends to do after being installed in February is to see what is being done in the diocese to care for and minister to victims of family violence.

“Across Australia, across the world, what we are aware of is that one in three women will be abused in some way, will meet violence of some sort,” she says.

“I think anybody that has been in ministry for any length of time is aware of how easy violence is and the incredible damage that it does in home and family, particularly to women and children and the long-term impact of that.”

Roger Herft, Anglican Archbishop of Perth, has decided to retire early after coming under fire at…

Bread and wine and Zoom, many churches did dispersed communion

Bread and wine and Zoom, many churches did dispersed communion

No common cup, no kissing, no handshakes

The faithful few bringing revival to this city

John Davis and Rob Whalley, both ministers in the Anglican Church, got married this week…