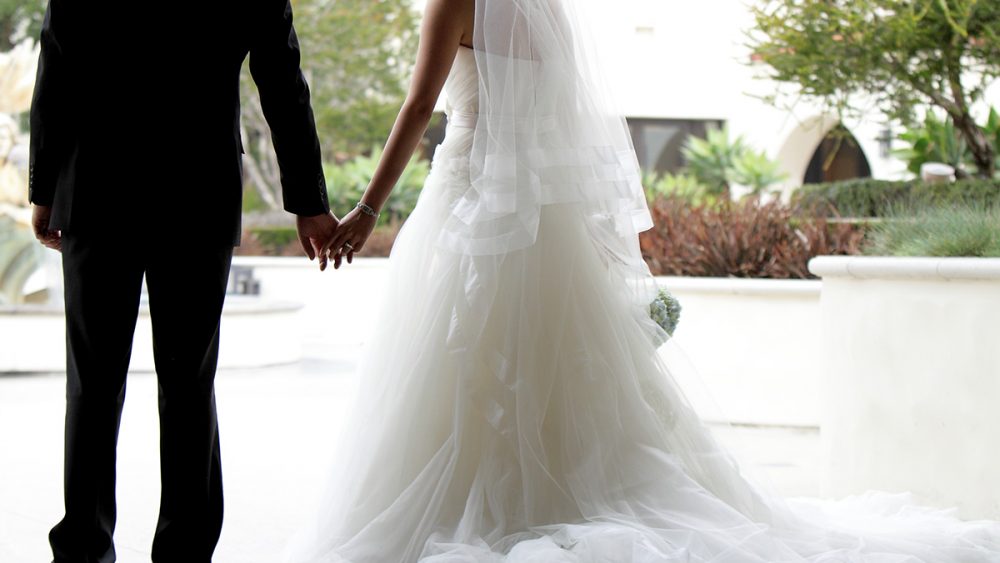 The case of a Christian florist who was sued in the US for refusing to provide flowers for a same-sex wedding illustrates the need to protect freedom of thought, conscience and belief, Martyn Iles, of the Human Rights Law Alliance, a clinic set up by the Australian Christian Lobby, told a Senate inquiry in Canberra today.

“This case tells a few clarifying things – first, that freedom of thought, conscience and religion or belief is a human right,” he told the Senate Select Committee on the “Exposure Draft” of a bill to change the Marriage Act to allow same-sex marriage.

“All people have convictions of conscience by virtue of their being human. It’s not a right merely given to ordained clergy or institutions.”

The committee is in its third day of hearings into submissions on the draft bill by Christian groups and civil rights agencies. There has been no argument that ministers of religion should not be forced to marry same-sex couples but gay rights groups do not wish to see such exemptions extended to civil celebrants and commercial suppliers of good and services to the wedding industry, while Christian groups say the exemptions do not go far enough.

“Freedom of thought, conscience and religion or belief is a human right.” – Martyn Iles

Iles said the US case revealed the true nature of the objection that needed to be protected because it was not about refusing service on the basis of someone’s identity since the florist had happily served her gay customer for years.

“The basis of her objection was her desire not to be forced to participate in ceremony that violates her conscience, and her conscience is a core and fundamental attribute of her identity.”

He said the case also showed that having zero religious freedom protections was not the harmonious option.

“We can wait for marriage equality if it is to be couched in terms of refusal of service.” – Rodney Croome

“Some have said this is the way to a fair go, but as the cases around the world, and there are hundreds of them, bear out, this does not yield a harmonious situation, and that’s been seen recently in Australia with national director of Marriage Equality inciting supporters to lodge complaints against Archbishop Julian Porteous.

“And finally it shows that same-sex marriage is not an isolated law; it has consequences that pop up right across the community. It’s fundamental in nature, it impacts many norms of gender, sexuality and family and it has wide consequences for freedom of speech, freedom of association and freedom of religion.”

Yesterday, during debate on where to draw the line in commercial exemptions, Peter Comensoli of the Australian Catholic Bishops Conference argued that any service with an “integral, direct and intimate connection” with the wedding industry should be protected.

However, Rodney Croome, spokesperson for Just Equal, said “we can wait for marriage equality if it is to be couched in terms of refusal of service.”

On Monday the committee heard submissions from the Coalition of Celebrant Associations and Australian Federation of Civil Celebrants, who said that 3 per cent of civil celebrants felt the need to resign or give up their business if they were if coerced into marrying same-sex couples.

As currently drafted, the bill provides exemptions for ministers of religion, marriage celebrants and religious bodies and organisations to refuse to conduct or solemnise a same-sex marriage. The bill had been drafted with the intention of introducing it to Parliament, if the now-doomed plebiscite had gone ahead and the ‘Yes’ vote had been successful.

“We want to say people should have the right to have genuine beliefs about marriage coming out of their faith and to be able to express them.” – Michael Kellahan

One of the aims of these hearings is to draft amendments which increase the likelihood of the bill gaining support in the Senate.

Executive director of Christian think tank Freedom for Faith, Michael Kellahan, was at yesterday’s hearings. “For us, there’s a big wrong step that they’ve taken by saying we’ll treat this as a licence to discriminate as a concessionary exemption, and they’ll only give it to these little narrow groups of religious professionals – and we’ll only do it in a same-sex wedding context,” said Kellahan, speaking to Eternity outside the hearings.

Among those making submissions to the Senate inquiry was Michael Stead, chair of the Religious Freedom Reference Group. To counter a statement made to the inquiry that the majority of Christians are in favour of same-sex marriage, Stead cited a 2015 survey of the Sydney Anglican Diocese as an example of the opposite.

“This is a lot less than the majority claimed” – Michael Stead

“This is a lot less than the majority claimed,” he said. “Interestingly, when we drilled down on that 15 per cent who are supportive of same-sex marriage, just over half, or 8 per cent, supported same-sex marriage to be recognised in churches. The rest of the 15 per cent did not support same-sex marriage for Christians but recognise the separation between church and state and, therefore, it doesn’t really matter what the state does.

Catholic Archbishop Julian Porteous of Hobart, who was accused of breaching the Anti-Discrimination Act by distributing a booklet called Don’t Mess With Marriage, said he did not favour the whole notion of exemptions. He believed the bill should be structured in recognition of international law on freedom of religion.

“I fear an ongoing battle will be set up of antagonism and bitterness and nobody will be happy.” – Julian Porteous

“We need to enshrine in law that we as a nation respect freedom of religion,” he told the hearing.

“That is the best way forward because I fear an ongoing battle will be set up of antagonism and bitterness and nobody will be happy.”

Neil Foster, Associate Professor of Law at Newcastle University, also made a plea for “balancing clauses rather than exemptions.”

“This is not just a matter of terminology. Once you use the phrase exemptions, as Archbishop Porteous was saying, there’s always a tendency over time to say ‘we’ll take that away, we’ll reduce that, we’ll shrink that down because it undercuts what’s the most important principle.’ Whereas if you have a principle that says ‘we’re balancing out two equally significant rights,’ I think that’s more important.”

“The question is, how do we respond to the people who haven’t changed their minds.” – Patrick Parkinson

Patrick Parkinson, professor of law at the University of Sydney, stressed that it was not just freedom of religion but freedom of conscience that was at stake. “It is worth pointing out that the Labor Party was opposed to same-sex marriage until about seven years ago … it’s entirely appropriate for people to change their minds, entirely acceptable for parties to change their minds … but the question is, how do we respond to the people who haven’t changed their minds?

“How do we respond to the people who are decent, ordinary, hard-working Australians, backbone of our society, who will not be persuaded over the last five or six years by the arguments of those who want to change the definition of marriage?”

He said every political party had to work out how to respond to those who genuinely, deeply believe that this is not a good change for society. Parkinson was appalled by the Human Rights Commission submission that any right to individual freedom of conscience should be removed from the bill.

Should there be a referendum or plebiscite on same-sex marriage?

There will not be a religious discrimination debate in federal parliament this year, however a…