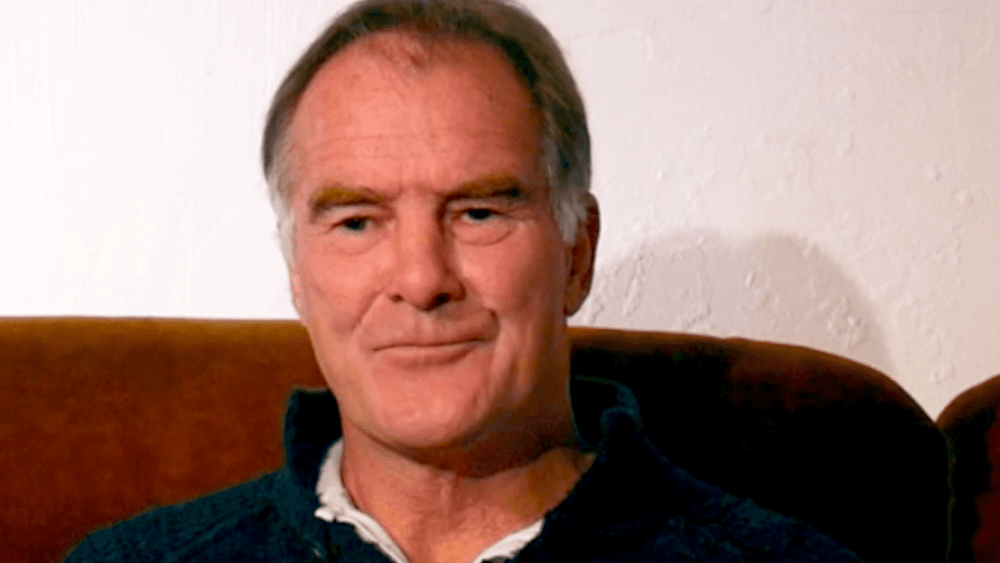 At church on that Sunday when everything changed, Greg Peisley says it was a “big” day. Numbers were up because people were visiting Pitt Town Community Anglican Church, due to missionaries being sent out.

Peisley is senior minister at this church on the north-western fringe of Sydney’s suburbs. He gave the sermon and led the service that morning. Immediately afterwards, he was met by a swift reaction he had never received before. “A little contingency of people came up and said, ‘You should go to the hospital right now. Something is wrong.’ Everyone agreed; something’s funny. ‘You’re not yourself.’”

As Peisley preached, he had paused a lot. For longer periods than was normal for a fast-talking, regular public speaker.

Going directly to the emergency department of Westmead Hospital, Peisley was, in his words, put on the “trajectory of brain surgery, probably a tumour, straight away.”

“It’s nothing that you plan,” Peisley says simply during a lengthy interview with Dominic Steele, host of The Pastor’s Heart podcast. Friends since studying together at Bible college more than two decades ago, fellow Sydney minister Steele and Peisley were speaking only weeks after he received the news of his terminal cancer.

“You’re not unaware that things can go wrong – and we live in a fallen world – but you always think it will be someone else,” admits Peisley.

“There was no warning,” he continues, as he begins to chuckle casually about the week leading up to his diagnosis. His wife Sue had thought it odd how Peisley had been not caring about deadlines, when he’s the kind of guy who thinks “turning up half an hour early is about being on time”. Peisley had not been able to get through his to-do list, while paying only slight attention to a lingering headache in the background.

In the aftermath of his brain surgery, this unimagined whirlwind left Peisley in a daze on a hospital ward with people recovering from the same major operation.

“You’re not unaware that things can go wrong – and we live in a fallen world – but you always think it will be someone else.” – Greg Peisley

As Peisley speaks with his pastor mate Steele, his relaxed manner and levity almost suggest he is speaking about a family member or close friend, not what happened to him only weeks earlier. With Steele taking Peisley gently through this traumatic timeline, it takes time during their filmed interview for Peisley to share how his faith informs his remarkable reaction to what he was officially told on the Monday night following his surgery.

Peisley and his family gathered for their traditional Monday night meal in the untraditional venue of Westmead Hospital’s café. This family feast has regularly happened in Peisley’s home since his adult children were young. The post-operation dinner was interrupted by hospital staff, inviting the family to hear biopsy results after the meal.

At first, the news that he had stage-four brain cancer didn’t really sink in. “I read the stuff [they gave me] but I hadn’t actually processed it yet.”

“The registrar said it – and she said it very nicely … basically, it’s a tumour. Yes, it’s a bad one. Yes, it’s aggressive.”

Surrounded by his family, Peisley was being told he had brain cancer in its final stages – and it was fast moving (a “wild type” cancer). As Steele asks delicately: “It’s basically as bad as it can get?” Peisley agrees, adding that life expectancy is 15-18 months. Few make it beyond two years.

“[But] I was in hospital and I felt like a fake because even though I have this deadly or very dangerous cancer, I’m feeling fine. Other people are bedridden and struggling to go to the toilet.”

Peisley admits to finding it easier to withdraw and cope alone when things go bad. But he is moved by how people instantly wanted to help him and his family. Church staff immediately took over his diary and divided up responsibilities. He has also received a lot of advice – based on people’s experiences – which Peisley has found confusing, “especially as [surgeons] have been playing with my brain.”

As way of coping with information overload, Peisley asked a friend to do all the research and provide him with filtered feedback so that Peisley doesn’t have to waste his time with Dr Google.

Peisley’s wife Sue – “I married very well” – contacted the Pitt Town congregation before his return, asking that people treat their minister normally and not inundate him with questions. People gave him space when he got back to church, but he noticed how he was being treated as if he was weak or vulnerable.

“I was in hospital and I felt like a fake because even though I have this deadly or very dangerous cancer, I’m feeling fine.” – Greg Peisley

At this stage of Steele’s conversation with Peisley, God remains the elephant in the loungeroom. Moving from earthly realities to spiritual ones, Steele asks Peisley about his conversations with God since the surgery and diagnosis.

“It is different giving people advice,” says Peisley, in response. “The things [I] have told people and encouraged them with, you have the same conversation with yourself about God is in control and God is sovereign. God has a plan and he’s going to use this. ‘All fixed’ when Jesus’ returns – that kind of idea.”

“I never for a moment questioned him that [cancer] could come [to me]. I haven’t questioned that level.

“I had to remember life. Remember the kids. Remember it. I couldn’t relax until I had read and thanked God for what I’d had. Then, I could sort of settle.”

“I am comforted by the truth that it’s not out of control, but he’s using it for good.” – Greg Peisley

Peisley goes on to reveal how he is still having discussions with God, as he processes the truth he knows about God not needing Greg Peisley to achieve his purposes. “But my hope, my dream, my prayer was that I had more to do – in a ‘running a church’ mode.”

“And that might be coming to an end, soon.”

Peisley has noticed how his passion for leading a church has diminished, as others step up to fill his shoes and he looks open-eyed at his life expectancy. He has started seven weeks of radiation treatment and chemotherapy. Feeling “fine” and is grateful for all those praying for him, Peisley is frank about his outlook of trust, despite the disappointment he feels.

“I was hoping for another plan, but I’ll take God’s plan. I am comforted by the truth that it’s not out of control, but he’s using it for good.”