Eckert has spent almost 40 years overseeing the Pitjantjatjara Bible Project, translating the Bible into an Aboriginal language of Central Australia. He arrived in the APY Lands in the remote north west of South Australia as a school teacher, but followed God’s call into Bible translation. In May, he hands over the reins of the project, as he prepares to retire.

“I had my swag, made a windbreak with old car bonnets and slept there for two years.” – Paul Eckert

After many years living and working with the Pitjantjatjara people in Pukatja (also known as Ernabella) in the APY Lands, Eckert is fluent in the local language and has formed lasting relationships. He says it will be hard to say goodbye.

“The Pitjantjatjara people have taught me so much about their language and their culture,” he says. 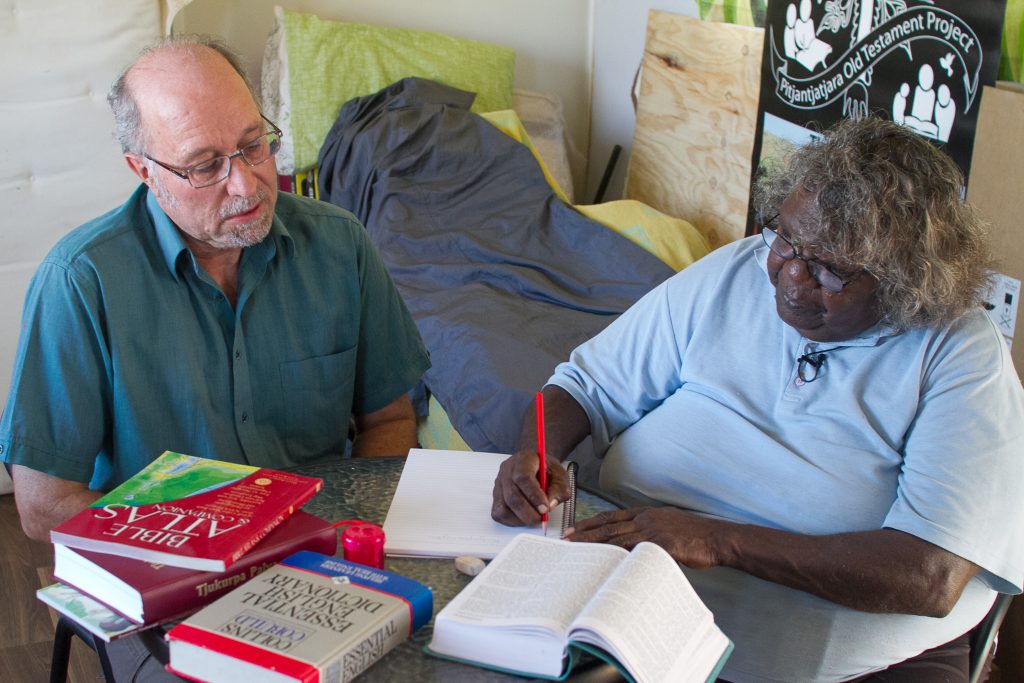 Eckert was a young man in his early 20s when he first went to the APY Lands in 1973 . He spent two years in Amata before he was asked to start a school in Pipalyatjara, then a very small community where most of the local Pitjantjatjara people lived in whirlies (traditional huts) or tin sheds.

“I went out there and started up a school under a gum tree. I had a small caravan, but it was so small that I decided I’d just sleep outside. I had my swag, made a windbreak with old car bonnets and slept there for two years.”

It was in the APY Lands that Paul experienced an “aha” moment with the Bible.

“I had an experience reading the Scriptures where the truth of what I was reading turned my life around. I believe it was the Holy Spirit revealing to me the truth of the gospel in a way which I hadn’t yet seen,” he says.

From that moment, Paul began looking beyond his teaching duties. “I started to wonder if God had something more for me.”

Soon afterwards, Paul began a Wycliffe training course to help him understand more about linguistics, which was useful to him as a teacher in a bilingual school. The 10-week course was held in Sydney, and God challenged Paul to consider how he would spend his life.

“I loved the outback. I loved living in the outback and working with Aboriginal people. I didn’t like cities. But while I was in Sydney, the Lord laid it on my heart: ‘Would you be willing to move to Sydney to do whatever I wanted you do here?’

“Over that 10 weeks, I began to see not just the city and all the concrete, but the people. All the people who didn’t know Jesus. By the end of those 10 weeks, I could truthfully say to God, ‘if you want me to stay here, I will’.”

Paul believes God had to break down Paul’s plans for his life and what he wanted to do, in order for him to truly follow God’s will. It was also in Sydney, among the hustle and bustle, that Paul felt God’s call on his life to go into Bible translation.

“For me, it has been a real privilege to be working with these folk whose motivation is so high.” – Paul Eckert

When he returned to the APY Lands to finish another year of teaching, Paul entered a tradition of school teachers-turned-translators. The Pitjantjatjara people in Ernabella were wanting more of the Bible translated. Work had stalled in the 1970s after the publication of the Tjukurpa Palya Jesunya – The Good News of Jesus, containing completed translations of Matthew, Mark, Luke, John, Acts, Ephesians, James and 1 John. Those translations had taken more than 30 years to complete, since they were started soon after the beginning of the Presbyterian mission at Ernabella in 1937.

In 1977, when Paul was approached by two members of the Ernabella community who were keen to restart the Pitjantjatjara Bible Project again, he knew this was God’s call. The initial goal was to complete the New Testament.

“It was a no-brainer at that point. The Lord had called me to Bible translation. And I felt that he had now called me to stay here [in the APY Lands]. It was where I really wanted to be.”

Paul says that while the work is slow, it is led by the Pitjantjatjara people themselves. Most of the local translators juggling their translation work with full-time jobs and the additional pressures of living in a remote community. Many translators are leaders in their communities, with added expectations on their time. But Paul says the excitement the translators express whenever he meets with them to work on a translation is palpable, and a joy to see.

“For me, it has been a real privilege to be working with these folk whose motivation is so high. They’re the ones that approached me and wanted my help. And we’ve tried to structure the [Bible translation project] around them and provide them with the support they need to do this job. They love doing it.”

“Having the word of God in their own language empowered that church to grow in the way it needed to grow.” – Paul Eckert

Paul says the best part of the job has always been working alongside the Pitjantjatjara people.

“They bring expertise in their language to the translation desk and my wife and I bring our expertise in being able to access the original text and together we can do a good job. There is great joy in working alongside other people and together growing in our ability to translate and our love of God’s word.”

When the translators farewelled Paul and Ann at a special event in Ernabella on Easter Saturday they gave them gifts, one of which was a boomerang, “because we hope you will come back.”

Pitjantjatjara Translator Yanyi Bandicha comments: “Paul has been doing this great work together with us, translating the New Testament and the Old Testament as well.

“It really is wonderful what Paul has done for us. I’m overjoyed by this great work he has done.” 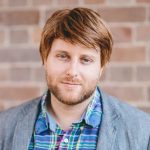 Like kindness, gentleness is one of those qualities we admire but don’t really want. As…

On display: one of the first Bible translations in an Aboriginal language

On display: one of the first Bible translations in an Aboriginal language

Joy and grief of language lost but not forgotten

Joy and grief of language lost but not forgotten

Nyoongar woman, Charmaine Councillor, loves her language. She teaches Nyoongar to elders who have lost…