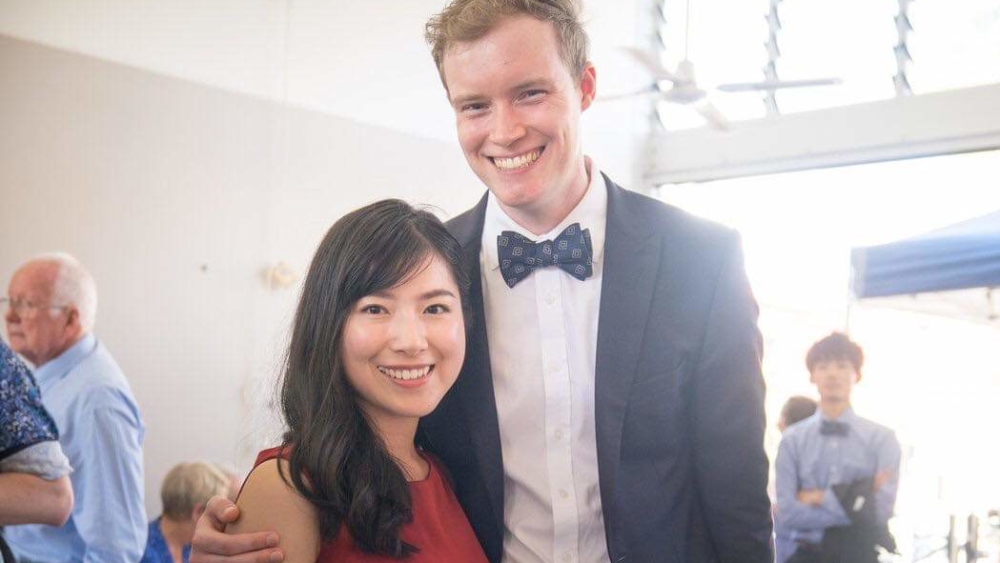 A gospel heart for Japan

My name is Stuart Sharry and I am married to Yukiho. In January 2019, we moved from Japan to Sydney, so I could pursue the Bachelor of Divinity at Moore Theological College. We have been sent by our home church in Japan – Grace City Church, Tokyo – with the view of returning to do university ministry in Japan.

I was not brought up in a Christian home. My parents are tremendously loving and kind, but I didn’t know Christ, and I didn’t know the good news of the gospel. By the grace of God, I became a Christian during my first year at Queensland’s Griffith University.

The Diploma of Biblical Theology at Moore College breaks geographical boundaries to teach and equip you to serve the Lord wherever you are.

I can still remember awkwardly waiting for orientation on my first day at Griffith University. I was approached and invited to the Christian group on campus. I was happy to oblige as I thought I knew what a Christian group did, and I already knew a few people who attended. However, when I went, the most shocking and unimaginable thing happened. They started to read the Bible! I thought to myself, “How novel!” At that stage of my journey, I had scarcely seen a Bible, let alone ever read from one.

Through this Christian group, I started to read the Bible, and by the gracious working of the Holy Spirit, I came to see the significance of the cross. I thought to myself, “If the Gospel really is true, if Jesus really did die, even for someone like me — that demands a response.”

A few months later at the Easter event, I believed in Jesus Christ. I accepted that there can be forgiveness of sin only through his cross, and I decided that I wanted to follow him.

I began to wonder whether I should consider doing ministry in Japan.

After graduating university, I spent one year doing research in Singapore. This was also a significant time, as it was the first time I had really heard the challenge to consider full-time paid ministry. I attended The Crossing Church, and during the 2011 church camp, I attended an optional session for anyone thinking about ministry. I wasn’t, but thought I’d go along anyway.

I wrestled with this idea over the next 6 months. I returned to Australia, and while there I attended National Training Event. There was a large group of Japanese university students attending that year, and for the first time I learned of the gospel need in Japan. This was a significant shock, as Japan was a country I had visited a number of times and loved dearly. If I had been entrusted with the ability to teach the Bible, and if Japan had such a great need for the gospel and was a country I cared for, I began to wonder whether I should consider doing ministry in Japan.

I decided to study a Master of Medical Science in Japan in 2013. The plan was to understand the culture and improve my language while studying in preparation for future ministry. There were many positives to my time in Japan (marrying my wife being one in particular!), but there have also been difficulties and struggles which have ultimately served to deepen my love and understanding for Japan.

For me personally, there was only one choice of theological college: everyone who had mentored and discipled me, whether in Singapore or Australia, had been a graduate of Moore College. If I wanted to be like them, it only made sense to study at the same place.

So, when the time came to make the move, Yukiho and I spent three intensive months developing a partnership base. It was an exhausting time, but we are humbled and enormously grateful to our God and Father who through the Lord Jesus and his redeemed people have enabled us to pursue this period of formal preparation for ministry back in Japan.

Swimming against the tide of ‘pleasurable pessimism’

If not now, then in heaven