It has not been a good week for avowed Marxist and Safe Schools Coalition co-founder Roz Ward who is now under suspension from her university job.

She earlier resigned from a Victorian Government committee following the leak of her Facebook post criticising the Australian flag as “racist”.

As one Christian commentator has noted: “Raise a legitimate complaint about what our national flag represents … and all hell breaks loose.” Yet as David Ould also points out,”this lady has pushed a really awful political agenda upon our schools and she was untouchable.”

Suddenly the debate over the Safe School Coalition seems old-fashioned. Gender fluidity – the idea that gender is socially determined – has given the controversy a sense of being novel.

Initial concern about the school curriculum that claimed to make schools safe for LGBTI students was that it smuggled in a hefty dose of ideology.

But as criticism emerged of Roz Ward, co-founder of the Victorian Safe Schools Coalition, as a “Marxist”, things are sounding very 1950s. And critics of the programme are sounding like cold war museum pieces.

Ward has resigned from an advisory role with the Victorian Government after The Australian newspaper discovered a post on her Facebook page: “Now we just need to get rid of the racist Australian flag on top of state parliament and get a red one up there and my work is done.” The post captioned a picture of the rainbow flag hoisted over the Victorian Parliament as the Premier, Daniel Andrews, made an apology to the LGBTI community for past discrimination, which included prison terms served for homosexual acts. 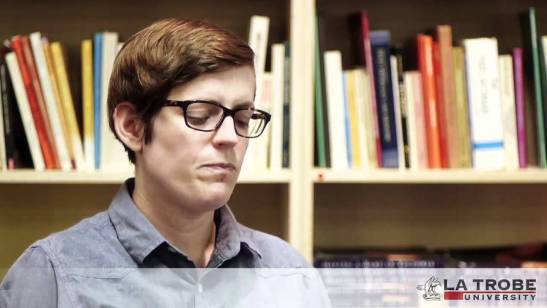 Ward’s resignation occurred after she was approached by the paper to comment on her post. She resigned before the story could be published in the next day’s paper.

But Ward was being true to her convictions. A red flag over the parliament building in Spring Street would be better. She happens to be a Marxist.

Online Opinion reports that Ward told the 2015 Melbourne Marxism Conference “To smooth the operation of capitalism, the ruling class has benefited, and continues to benefit, from oppressing our bodies, our relationships, sexuality and gender identities alongside sexism, homophobia and transphobia.

“Both serve to break the spirits of ordinary people, to consume our thoughts, to make us accept the status quo and for us to keep living or aspiring to live, or feel like we should live, in small social units and families where we must reproduce and take responsibility for those people in those units.”

In the period of revolutionary fervour in Soviet Russia, before Stalin’s purges accompanied a more conservative view of family, some extremely radical experiments were carried out. An extreme example was the abolition of the family home in the city of Sotsgorod. The manifesto for this new town proposed the gradual abolition of the family itself. “The ever-increasing drive toward collectivization of life impels us to build houses in an entirely different way than they have been up to this time and as they are still constructed in capitalist countries, where the basic economic unit is the family, each with its individual economy.”

Roz Ward is true to the spirit of communism that existed before Stalin. So in one sense a certain amount of red-baiting based on this match between Ward and early communism is justified on the basis of truth. But it might be worth noting that both large-scale communist societies, Russia and China, held to traditional marriage for most of their history.

If Roz Ward has Marx and Lenin as allies, supporters of traditional marriage have Stalin and Mao. But the issue of contemporary Australia’s view of gender won’t be answered by pointing out that one advocate for gender fluidity, however prominent, is a Marxist.

In the same way, pointing out that an advocate for traditional marriage is a Christian won’t win the argument either. Many Australians are cynical of any “ism”, Christianity sadly included. At one time respect for Christianity was high enough to have an effect. No longer.

Red-baiting won’t be enough to win the gender wars. Most Australians will see Marxism as a quirkily old-fashioned belief. The problem is that many Australians now see Christianity the same way.

In a key article, “The Left won the Culture War. Will they be merciful?” published this week in the Washington Post the real situation facing conservative Christians is laid bare. A well-respected conservative Christian leader, Albert Mohler, president of the Southern Baptist Theological Seminary, is quoted thus: “We are on the losing side of a massive change that’s not going to be reversed, in all likelihood, in our lifetimes.” He added, “Christians must adapt to the changed cultural circumstances by finding a way ‘to live faithfully in a world in which we’re going to be a moral exception.’ ”

Another high-profile Baptist leader Russell Moore wrote in the Post: “Christianity doesn’t need ‘family values’ to flourish. In fact, the church often thrives when it is in sharp contrast to the cultures around it.”

No matter how accurate the label of “cultural Marxism” might be for Roz Ward, the real issue facing Christians is that our culture has shifted. Sexual minorities now have real cultural power. Australians on the whole won’t be buying into Roz Ward’s cultural Marxism, but they will want to be more tolerant of the LGBTI communities.

Red-baiting won’t cut it. The real challenge for Christians is to live in a new community, as a minority. Not a Soviet society (Sorry, Roz Ward, no Red Flag) but one that waves a Rainbow one.

So Izzy isn’t orthodox.  There’s the gotcha moment right there, courtesy of an expose in…