A group of “westie” musicians from Sydney’s Rooty Hill have pooled their talent to produce an unexpected hit album, which is opening up opportunities to talk to people about Jesus.

Rooty Hill is a working-class, ethnically mixed area of Sydney where there are more residents from the Philippines than Australia. MBM has 60 nations represented in its congregation.

Scott Lavender, Magnification Pastor at MBM St Alban’s, wanted to use the musicians of MBM to create an album that would help the multi-ethnic congregation love and delight in God during the week, perhaps while they were driving or during their devotions. 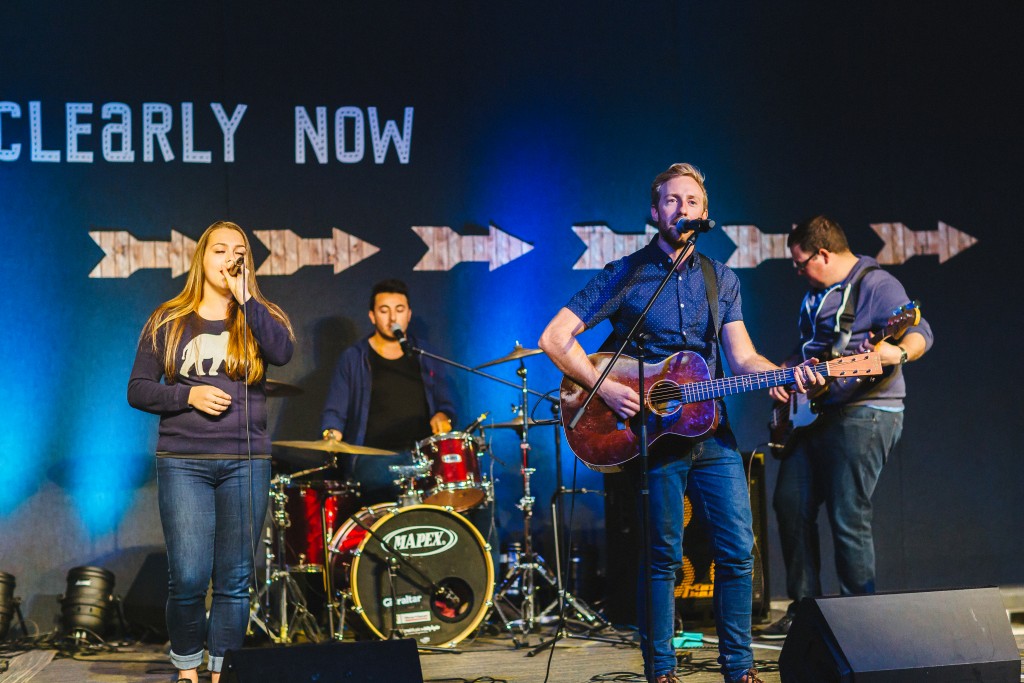 “With a long-term plan of releasing regular albums, we saw this first album as a learning experience, on which to build for future releases,” says Lavender.

The album, which contains a mixture of favourite Christian songs and original music, came about after Lavender asked God in prayer if he should spend time on producing an album.

Later that day he received a phone call from a church member he barely knew asking if he had ever thought of making an album and offering to underwrite one.

“It just really came out of nowhere,” he says.

Over a relaxed dinner, the church’s musicians, sound team and a couple of the pastors chose the track list by voting for their favourite songs.

“We’re trying to grow the songwriting culture within the church but we also wanted to have a lot of songs that people knew well and enjoyed singing along with, because our aim was to have something to aid in loving and delighting in God,” Lavender says.

The final 10 songs include two by Lavender and a bonus track by hiphop artist and member of MBM, ZERO.

The team created a studio in one of the church’s cry rooms by padding the walls in soundproofing and setting up makeshift vocal booths. They were able to get all the mics and other gear through contacts so that the only elements they had to pay for were mixing and mastering. Overall they spent a few thousand dollars and made about $4000-5000, with profits invested in a new sound system for church.

“After much bouncing back and forth as well as adding sound layers here and there, the raw mix was completed, mastered and ready to be sent off to the printing press,” he says.

Lavender says the initial aim was just to provide a tool for people in the church and, because they were just learning, they didn’t aim to release it outside the church.

But with 800 of the initial 1000 copies sold within a couple of months, the album surpassed their expectations.

“God did incredible things with it at MBM,” he says.

“People were buying it for friends and family and the feedback was that people were being blessed by it, encouraged and it was opening opportunities for people to talk about Jesus with others, and people just kept saying ‘You should try and get this out to more people.’”

In one example of how the album blessed people outside the church, a boy who was not a believer was so struck by hearing the recording of 10,000 Reasons in his friend’s car that he downloaded the track and listened to it each night before he went to bed.

“He had conversations with his friend about who God was and asked lots of questions,” says Lavender.

So this year the team polished up the album for a public release.

“We pray now that Independent God might be an album which inspires many believers to glorify God with their lives, as well as reach those who might still be searching,” he says.

Lavender is already planning the next album, but says they will do less of it themselves to avoid pushing themselves to the brink of burnout.

“It takes lots of planning in terms of time and trying to get a good schedule and knowing that there are roadblocks that come up all the time. Expect the unexpected,” he says.

“We thought we’d allowed enough time for every process but every bit along the way blew out because of unexpected things.

“So be ready for a hard slog and be sure the team is unified so people are able to communicate clearly with each other. I think it helps if the people know each other well.”

Having laid good foundations for the future, Lavender says he is putting more thinking beforehand into how each song is going to sound.

“We feel ready to put more originals on there and so we’ve been working on new songs that I’ve written. The theme coming through so far is a real dependence on God through each of life’s circumstances.”