Are we all Charlie?

The Charlie Hebdo massacre has affected me more strongly than other bad news from around the world because in a previous life I was responsible for recruiting and building up a team of cartoonists and illustrators and designers for a group of newspapers.

I was lucky to be at the right place at the right time: the company was doing well and I was given freedom to recruit talent. I set out to reinvigorate Australia’s “black and white art” tradition, and a couple of decades later some have become stars. The nation has been laughing at them.

So it is easy for me to imagine myself into the Charlie Hebdo editorial conference – on a normal day.

What happened on the day of the massacre remains unimaginable.

Cartoonists are headstrong people, who like photographers have to enter into their creation, which can take a few minutes or several hours. You need a strong personality to turn up and sit at the drawing board each day. The ability to create a cutting visual comment to deadline, year after year still awes me.

I never did discover how it was done.

The headstrong nature of the job can lead to people stepping over the line. People who draw lines of ink, can find it hard to draw lines when it comes to taste.

Which is simply to say, as many editorials from the New York Times to The Guardian to the ABC’s The Drum have quickly pointed out, to respect the right of Charlie Hebdo to publish is not to endorse every cartoon Charlie ever ran.

Some were not exactly family viewing.

Eternity is not Charlie Hebdo. Like the newspapers I just mentioned, we can’t change ourselves into Charlie Hebdo and publish their cartoons. To publish something we would not have thought of publishing last week, even under the great sympathy we feel for the massacred staff, families and surviving staff of Charlie Hebdo, would be to change our publication. We can’t pretend to be something we are not.

Some will feel disappointed in us. Others will be relieved.

Back at The Sydney Morning Herald we told the cartoonists and illustrators to avoid religious imagery. This was because the last supper or a crucifixion scene could so readily be applied to many situations. And no matter how delicately drawn, the drawing would be seen by many readers to mock Christianity.

For a newspaper whose areas of highest circulation mapped the most religious parts of Sydney (except Castle Hill, mysteriously), inviting that number of outraged readers was not worth an easy cartoon.

Back then we did not worry about Islam. And we would even be careful about Jewish themes. There were, of course, lapses.

Are we Charlie? Not in the sense that we want to publish their cartoons. The crowd carrying “Je suis Charlie” signs through Paris on the weekend were mostly demonstrating against the killings and for free speech.

Christians have had a chequered history with free speech, especially when we have held power. We must acknowledge that. But the Charlie Hebdo massacre makes now a good time to support free speech.

Perhaps the best way to honor Charlie Hebdo’s fallen is with a cartoon. It is an act of remembering them in a language they cherished. Here is Eternity’s tribute. 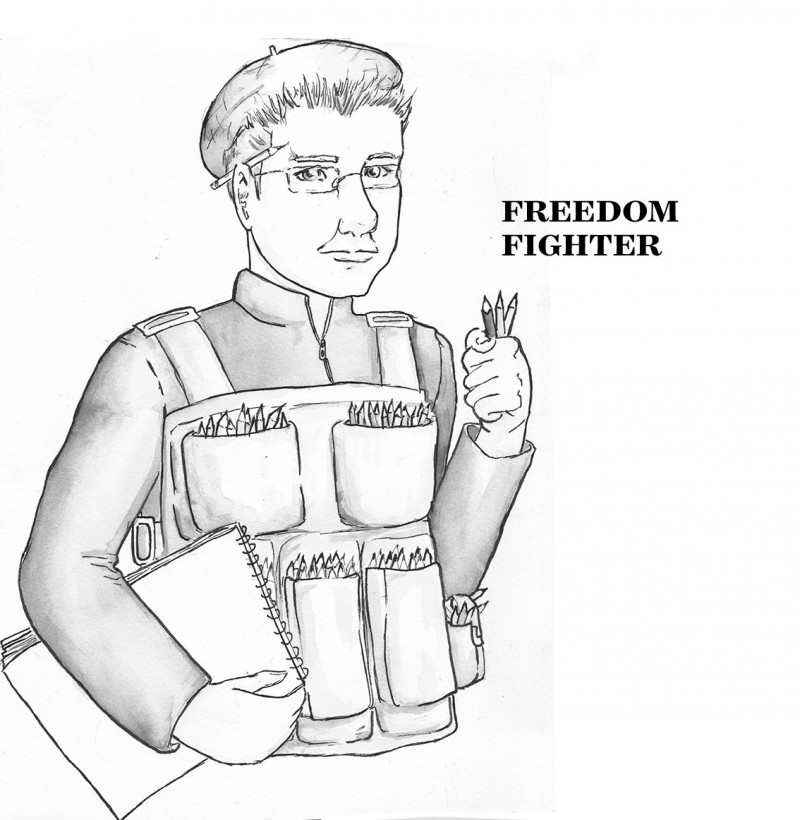 John Sandeman is the Founder and Editor-in-Chief of Eternity News. He’s also husband to Bronwen,…