Sam Thomson has been a school chaplain in South Australia for as long as public school chaplains have existed in the state. This year, both Sam and SA’s Schools Ministry Group are celebrating 25 years of school chaplaincy. 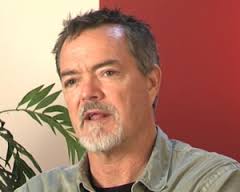 There are over 330 government school chaplains working across South Australia, part of a network of 2200 chaplains working in schools across Australia. In last month’s Federal Budget, school chaplaincy funding did not appear in the Government’s forward estimates, prompting fears that funding for the National School Chaplaincy Programme would dry up after its four-year funding cycle ends in 2018.

Peter James, spokesperson for the National School Chaplaincy  Association, says in every state, demand for chaplains is outstripping the funding to pay for them. According to a report released in May, school chaplains nationally have over 18,500 formal support conversations within the school setting every week, with students, staff and parents.

For Sam, this is everyday life. “I work at the high school, but I also do a lot of ‘chaplaincy’ when out doing my grocery shopping. I often have students, parents and school staff approaching me to have a chat.”

As the longest-serving public school chaplain in SA, Sam has seen a lot; parents seek him out for help for their children, particularly with issues around grief, loss, family and friendships.

“There was a camp where a girl came with a couple of her friends. She lived in a violent home situation and lacked a sense of safety and security,” says Sam. “When she saw that how we lived and served each other on camp was completely different to the dysfunctional environment she lived in at home, she wanted that for her life.

“With my support and mentoring from volunteers from a local church, she started to make good decisions for her life which brought about positive outcomes. Today, this young woman is 30, and works in a regional area with Indigenous children to help and serve the children and their families.”

Sam is just one of the thousands of school chaplains seeking to serve their local communities.

School chaplaincy providers are asking supporters of the National School Chaplaincy Programme to contact their local MP to let them know about the positive impact chaplaincy is having in their communities.

“The 2016 budget and forward estimates could be a flag that there is the potential for funding to cease after 2018. But this has happened before,” says Peter James.

“What’s important now is for the Government to hear from school chaplaincy supporters about the value of the programme that currently serves over a million children across the country.”

Grant Thomson to take BSA into the next chapter

Do you love sport? Do your kids play sport? Maybe it’s time to consider an…